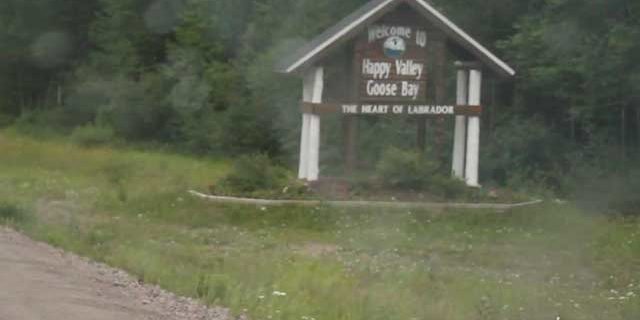 The oddly-named Happy Valley Goose Bay is a village on the Atlantic Coast. This 2015 WVO Roadtrip would allow us to visit the watersheds of three different oceans, and by getting to HVGB, that means we could physically touch a saltwater bay to the Atlantic Ocean.  HVGB was named so strangely because it had some sort of US Military background.  There are monuments to the American influence.  Kind of odd to see U.S. artifacts in a foreign country, but there they are. 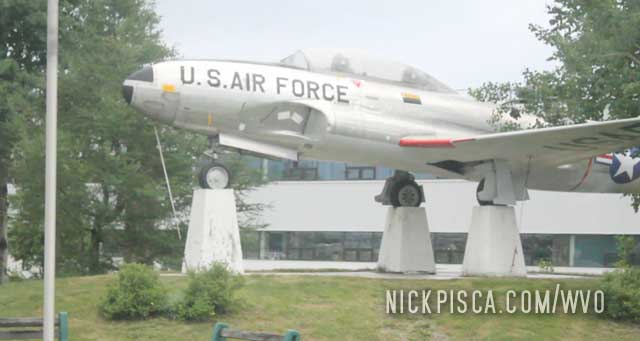 As I said in the previous articles, we had a few roadtripping motorcyclists near us on the Labrador Hwy.  We even got to meet the famed Philip Funnell!  Since we tended to meet all the same guys on these cycles, we decided to formally get to know each other. 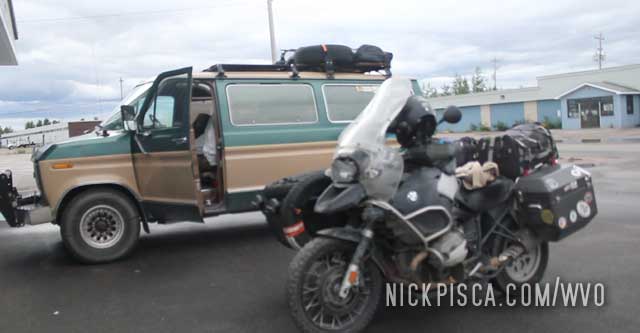 So at the Labrador North visitor’s center, we all went to eat at an actual restaurant!! Woah, money bags! 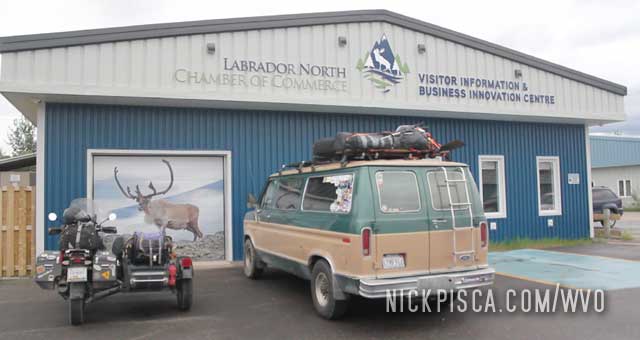 HVGB only has a handful of food options.  The El Greco (run by a local family) clearly got the endorsement of the visitor’s center, so we all went out to dinner.  It was a nice time talking to fellow travelers.  It was this particular group that told me about the Canadian plans to finish the Dempster Hwy in November of 2017!  We then drove that highway in July of 2018. 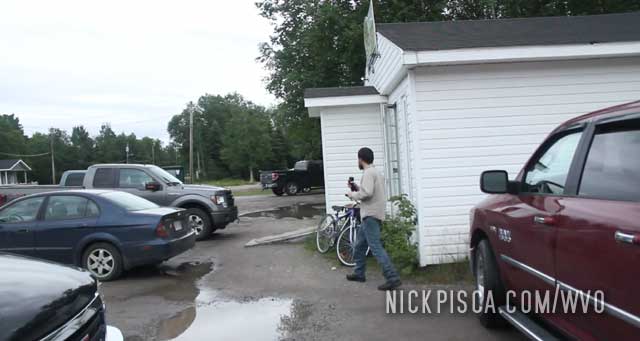 While in HVGB, we stopped off at their shops and hardware stores.  We bought up dozens of Grade 8 locking nuts, washers, loctite, and other tricks to keeping our van in one piece!  The roads up here are like putting your vehicle in a paint shaker for 500-miles.

Glenn was partial to the “Glenn Plaza” for some reason.  He’s such a narcissist. 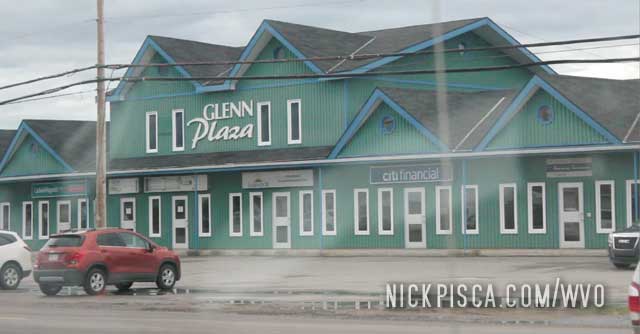 After a few hours of fun, we decided to drive through the night from HVGB to the ocean shoreline.  It’s a 620-km drive to Blanc Sablon.  If we make good time, we can get on the ferry to Newfoundland by the afternoon. 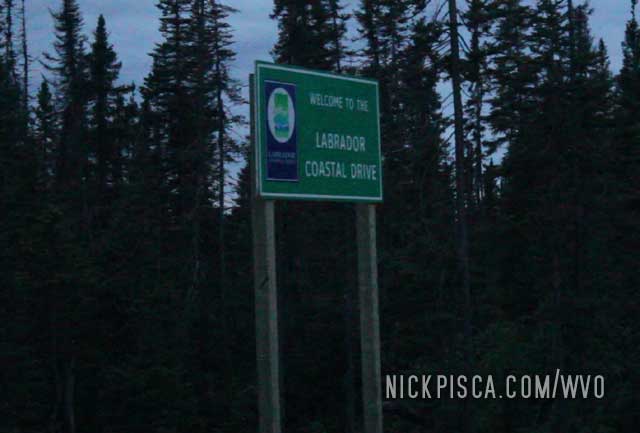 Thankfully, they paved the road between Labrador and Happy Valley Goose Bay.  This transformed our previous maximum speed of 25mph…

The scenery around here is amazing.