URGENT UPDATE:  Please consider writing the CDFA to recommend allowing people to collect small quantities of IKG (inedible kitchen grease) of 30 gallons or less in containers sized 5-gallons or less without having to pay for state registration and without the $1,000,000 policy required by the state (regular automotive liability insurance should suffice).  As the price of fuel increases, these exemptions are crucial to allowing environmentalists to upcycle used oil for transportation.  Contact us for the proper forwarding information.

In addition to our tireless work promoting and utilizing waste vegetable oil all across the continent, we have been politically active advocating for the personal use of alternative fuels and vehicles.  We want to make sure that people have the freedom to use whatever alternative fuel they want.

Contrary to popular belief, the state of California has not been a positive force for biofuel collection, processing, and utilization.  Recently, corporate lobbyists have misinformed legislators and made it prohibitively difficult to collect and transport waste vegetable oil.  We at WVO Power, Travel, and Awareness have been on the front-line combating special interests from pushing legislation against the personal use of biofuel.

This article will detail all of our advocacy, obstacles, and allies on this movement.  If you want to help convince our legislators to improve personal-use biofuel legislation, please read below and contact us as soon as possible.

What is the RIAB and why are they damaging the biofuel movement?

The RIAB stands for the Rendering Industry Advisory Board. It consists of business leaders that manage large-scale agricultural and food industry corporations.  The California Department of Food and Agriculture (CDFA) implemented this advisory board to help educate them on some of the concerns of the corporate rendering and factory farm industries.  The board holds quasi-public meetings in Sacramento every few months.  The advice of this board, which has extreme bias for their industry, becomes the imposed regulation of all rendered waste products in California, which includes waste vegetable oil (legally named IKG, or Inedible Kitchen Grease).

The RIAB claims to speak for all collectors and transporters of IKG, but they only speak for their rendering companies and their shareholders.  Their advice to the CDFA is heavily biased against personal-use collection, because they have a vested interest in preserving as much of this resource for themselves.  They see personal users of IKG as competition and conflate them as ‘thieves,’ and they are using the government to exert extraneous force on personal users until small scale and family operations just give up.

Currently, there is no personal-use representation on the board, and they do not accept letters, affidavits, or phone testimony at their quasi-public hearings. Only after the Coronavirus pandemic, did they start using video conferencing to conduct these meetings, and it is unclear if these online sessions will be made permanent.  While it might be easy for a group of wealthy industry representatives to take a paid vacation day to attend these meetings in Sacramento, the average personal-use transporter does not have this luxury.  This means personal-use regulation is growing increasingly stringent.

As of 2021, the cost of registration and licensing just one IKG transport vehicle is $375 per year, up from $175 in 2018.  Also, these lobbyists have convinced the California legislature to impose prohibitive $1,000,000 Liability Insurance or Bond for anyone transporting even just a teaspoon of former French Fry oil.  Also, the average IKG transporter has to buy identification stickers for the side of their vehicle and undergo an inspection prior to authorization.  This regulation has degraded the personal-use biofuel movement so much, that now the entire population of environmentally-aware WVO registrants has reduced to five.  This has forced hundreds and thousands of greasers to continue their environmentalism underground, or to give up their activism all together.

If people are collecting their oil for their personal use, they should have the freedom to collect it without these stringent impositions.  People who profit from the collection and rendering of IKG should pay for its regulation, not personal users.  The RIAB is the biggest obstacle to the proliferation of WVO usage.

What do we suggest to combat the influence of the RIAB?

We have several common sense suggestions to return California to biofuel-friendly state.

While I agree that large-scale and commercial for-profit usage of IKG should require governmental oversight, there needs to be some common-sense modifications for personal-use.

Regarding the Board’s Actions and Lack of Transparency:

Unlike other boards and departments in the CDFA, the Rendering Industry Advisory Board makes it very difficult to raise objections and to take even the most common sense and logical suggestions and exemptions made policy.

These are things I have requested from the RIAB and CDFA without any reply:

How can I help the biofuel movement?

Currently, the most important things are talking to your legislators and attending RIAB meetings.  If you have the time and money to personally attend RIAB meetings, please go and speak up about the problems with personal-use veggie oil transportation.  For legislative action, find your district office, set up an appointment, and educate your assemblyperson and state senator on the problems with the RIAB and the overarching regulations for small-scale and family-based biofuel environmentalism.  We have found that emails and letters tend to not get as much of a response for this complicated and esoteric issue.  In-person meetings are the best way to get their attention, and when they learn the truth, they tend to side with the environmentalists and civil libertarians.

California resident Nick Pisca, co-creator of WVO Power Travel and Awareness, has been working with his legislators to explain these issues.  Senator Steven Bradford and Assemblywoman Autumn Burke‘s offices have been very friendly to our plight and have been keeping us up to date on their investigation.  In addition to contacting your state senators and assembly representatives, if you could contact Chase Hopkins in Bradford’s office and Ari Ruiz in Burke’s office, that would help us build a stronger case for the popularity of personal-use biofuel.

Also, please spread the word to

to shed light on the lack of transparency from the RIAB and obstacles to alternative fuels in the state of California.

Who have we already contacted?

We have written letters to the following people and organizations:

We have reached out to CBS 2, KCAL 9, Los Angeles Times (Reporter Bettina Boxall), ABC 7, NBC 4, and KFI AM Radio without much interest.

Also, we have briefly discussed the overt limitations to acquiring WVO for personal use at the January 17th, 2019 meeting of the Environmental Justice Workshop in Inglewood, California. 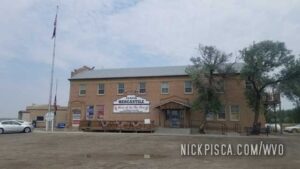 It costs the CDFA tens-of-thousands of taxpayer dollars to register, enforce, and inspect the five registered personal users of IKG, from which they only receive a total of $1875.00 in revenue every year. It is a massive waste of taxpayer money to regulate people who don’t profit from IKG.

This is a common misunderstanding.  The measly revenue from personal-use registrants can easily be made up with a negligible increase in commercial registration fees.  In fact, it costs the California taxpayer so much more to regulate personal-users than anything they bring in for revenue.

This excessively disproportionate burden is further proof that the lobbying effort was designed to disincentivize personal-use collectors.  Once greasers learn that they have to pay almost $1400/year in fees and insurance payments, they are discouraged from continuing their environmentalism.  People who profit or deal with massive quantities of IKG should pay for its regulation, not environmentally conscious individuals and families handling small jugs of vegetable oil for personal use.

What about grease theft?

If you hear this refrain, do not fall for it.  Please vocally oppose this mythology.

Some history: Part of the reason why the RIAB was established, was because industry leaders lobbied their legislators and the CDFA to address supposed “grease theft.”  Apparently in the early 2010’s, there had been an alleged epidemic of grease theft from unlocked restaurant barrels and containers.  The CDFA formalized the board to allow these industry leaders to express their consternation over supposed theft, and how the CDFA and police can combat that.

We at WVO Power Travel and Awareness have researched any reported grease theft that we can access on the internet.  From 2010-present day, we have found only four reports of this supposed “scourge” in the entire state of California.  In an email sent November 7, 2018 to Steve Lyle, representing the Office of Public Affairs for the CDFA, we asked for any and all statistics on reports of grease theft anywhere in California for the last decade.  There has been zero response yet.  According to RIAB meeting slides, there were 2 cases of alleged IKG theft in 2020, however, there has been no independent confirmation or investigation of the validity of the transporter’s claims as of yet.  Even if that were true, two cases in the entire state of California is a ridiculously low number.  We do not require additional legislation for such a negligible “crisis.”

The mythology of grease theft has given the RIAB unwarranted power to regulate for their own gain.  Paradoxically, even if their claims are taken as fact, grease theft is already a crime.  It was always a crime.  If someone steals grease from a bin, regardless if it was reserved for a corporation or personal user, it’s still a crime and the police will need to take a report. We do not need further regulatory intrusion from the RIAB in the free handling of small quantities of IKG.  This regulation is designed to make things harder and harder for small scale users, not deter criminals from stealing designated IKG from restaurant bins.