We have converted several conventional Diesel vehicles to run on Waste Vegetable Oil (WVO).  Here is the comprehensive list of all of our cars, trucks, and vans: 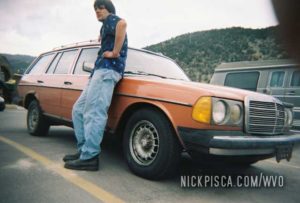 Notes:  Our first veggie wagon, this kit was based on early assumptions and designs back in the infancy of the WVO movement.  Using flawed premises from a Dana Linscott-style conversion, our first foray with WVO Conversion was wrought with issues.  This didn’t deter us from continuing our research, and we learned a lot from this experimentation.  Rome was not built in a day.  The stress testing and long trips of this Mercedes Benz Veggie Wagon allowed us to document necessary fixes and implement a far superior WVO Kit Design for the 1996 Passat and 1998 Jetta, displayed below: 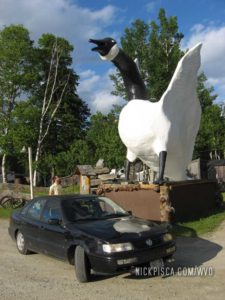 Notes:  With over 300,000 miles of roadtrips and commuting on WVO fuel, this car constitutes the most successful and most prolific WVO vehicle in our fleet.  It also remains a constant experimental laboratory for dealing with WVO in a cold climate like Wisconsin.  It utilizes a trunk-mounted plastic tank, HOH bundle, heated filterhead and various heat exchangers. 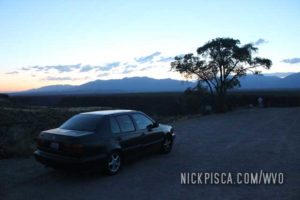 Notes:  Now exceeding 300,000 miles on the odometer, this Veggie Car has had over 150,000 miles on alternative fuels and it’s still going.  Originally converted in 2007 with a simple two-switch, two-selector valve DIY kit, in 2011 we rebuilt the whole system to have a custom fabricated aluminum under-mount tank, higher-quality selector valves, dedicated relay system and electrical hub, and heated filter head/FPHE’s.  The heat exchangers and aluminum TOT (Tube-on-Tube) bundle are mounted in places that do not occupy the trunk or interior of the Jetta, leaving the car to appear completely stock.  The best fuel economy ever achieved was in 2008 on the Alcan Highway, where we calculated approximately 490 MPdG (Miles Per Diesel Gallon).

Notes:  The “Veggie Van” employs a custom DIY WVO kit designed by us.  This rare IDI van uses its rear heater core coolant circuit to warm up the grease in two custom aluminum undermount tanks.  Several unique innovations make this old van one of the top of the line and most efficient full size vans on the road.  In addition to custom WVO mods like heated filterhead, two 40-plate FPHE’s, heated aluminum TOT (Tube-on-Tube) fuel lines, electric Duralift Fuel pump upgrades, and custom fuel bleeder valve, have enhanced the fuel economy and performance of this diesel engine by adding a Hypermax Turbo, Gearvender Overdrive, recently rebuilt 7.3 block, and other customizations.  This van is the inspiration for the IDI Online website. 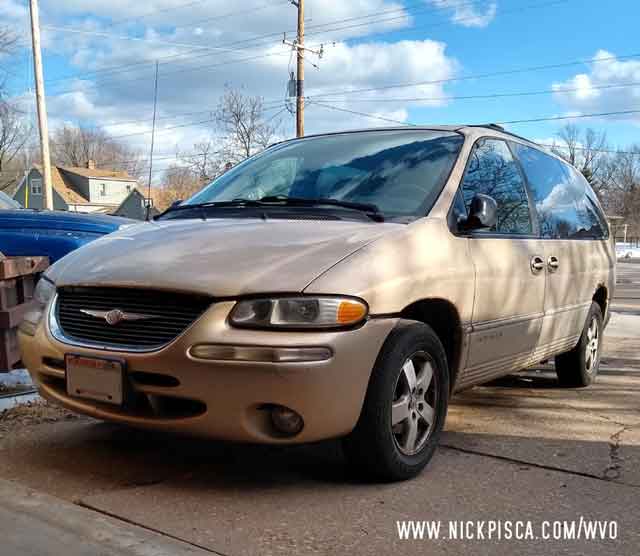 Planned Trips:  2020 WVO Roadtrip.
Notes:  Originally developed by Frankendiesel from 2009 to 2017, we acquired this custom hybrid minivan to combine the efficiency of the TDI engine with the spaciousness of a van.  In 2017, Glenn converted this diesel engine to biofuel, with a two-tank heated fuel system, by combining parts from a used-Frybrid kit with customized DIY accessories. 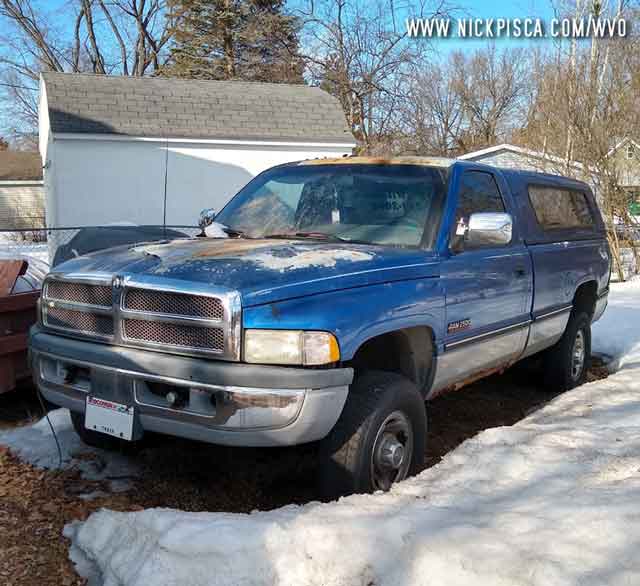