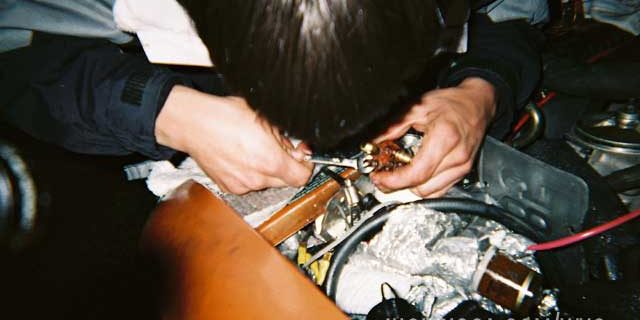 We had fuel starvation issues as we drove from Tucson to Roswell.  After we just drove the lowest latitude ever on WVO fuel in one of our cars on I-10, we pulled over in the middle of the desert.  Even though we were on the major highway, this part of New Mexico is quite sparsely populated and no one else was on the road.  Fortunately and surprisingly, we ended up pulling over under a random street lamp on the I-10, in the middle of the desert.  On the horizon to the north, there was a massive anvil thundercloud strobing every split second without any thunder.  We kept the wagon idling as we worked on repairing the WVO kit, because we were worried if we shut it down, it might not start again.

Things were getting really bad.  The Dana Linscott-style design had catastrophically failed on all points of the system.  Particles were accumulating throughout the fuel system. 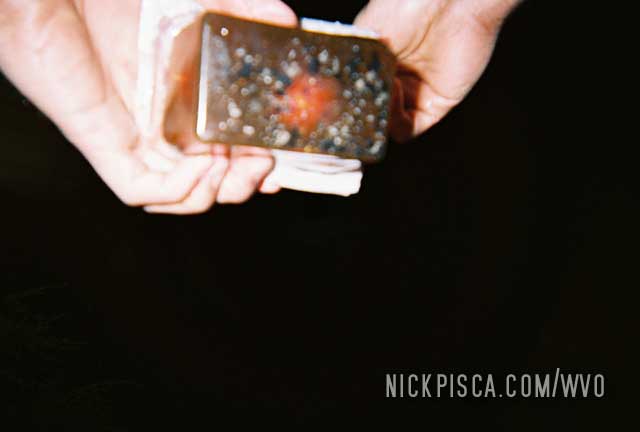 Also, filters, glow plugs, and copper lines were clogging with gunk and polymerization. 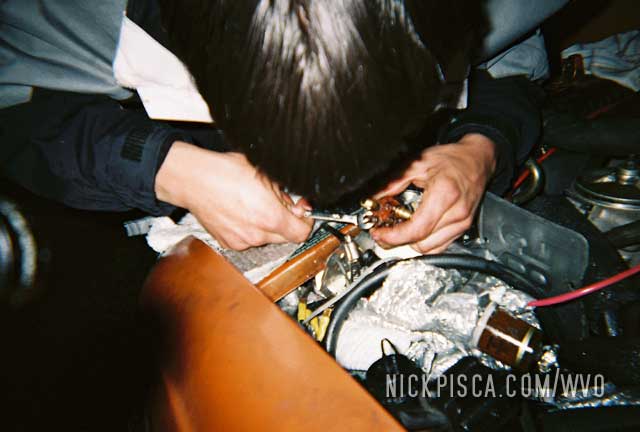 And worst of all, what few rubber lines we had, were kinking, thus restricting the flow of what little fuel did make it to the IP. 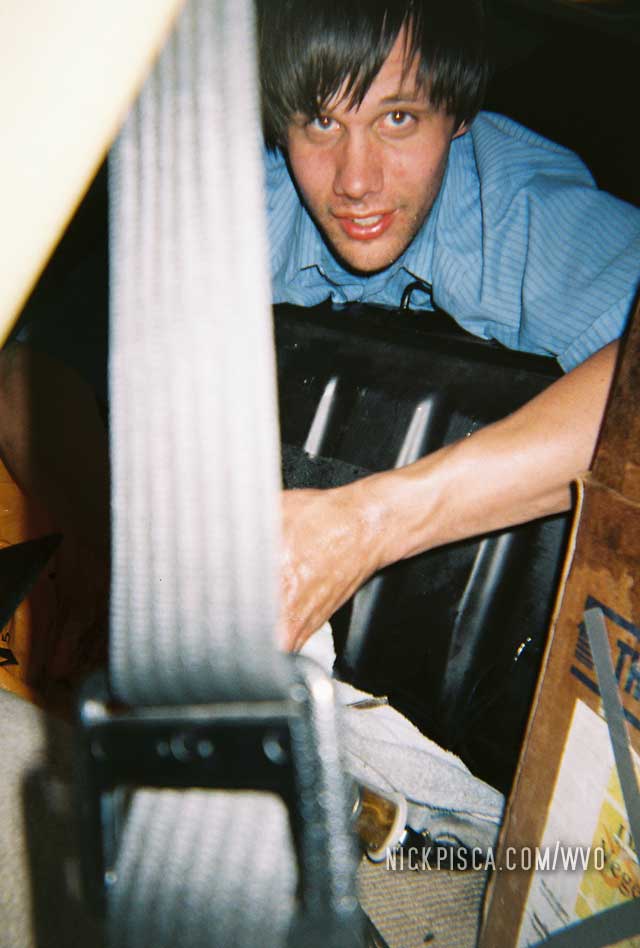 This night was really tough.  We got everything back in order, purged the air, and kept on going to White Sands.

With our daylight running out, we stopped at White Sands.  This place is amazing. Glenn was notably upset from all…

We cruised through the Seguaro Desert in the morning. And got to the Biosphere 2 project.  Back in 2006, the…

Middle of the Cassiar Highway

Every mile of the Cassiar is outstanding.  It almost got kind of boring.  The first few hundred miles of splendor…