Halfway to Denver, we smell something funny about the engine.  We pull off onto a rarely-used off ramp and it turns out the car rear-end is fully extended, even with 25 cubies in the back.  Opening the hood, it’s apparent that the special hydraulic hose fitting for the suspensions system was leaking. At this point Glenn and I established official names for our roles in this adventure.  Mine was easy: the Navigator. I marked down the info into the log, and devised the pathway to see the sites and meet with contributors. Glenn has a proclivity toward making things out of nothing, which leads to his title:  The MacGyverer. 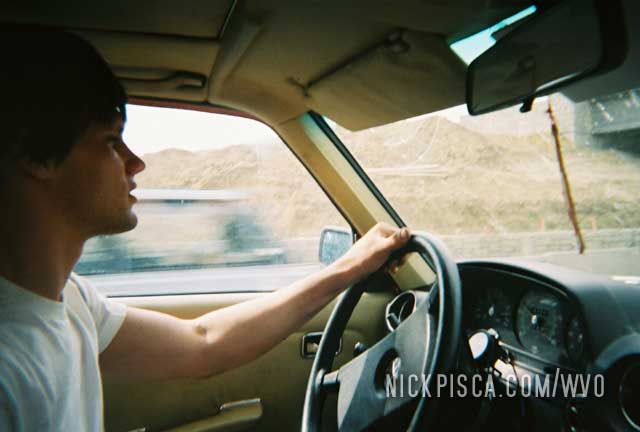 Eastern Colorado is not what I thought it would be.  It’s basically an extension of the grasslands of the Great Plains which is fairly dry and treeless.  For considerably long stretches, there exist no services and multiple offramps that lead to nowhere. Now this is the environment in which we built a fairly ingenious tube patch.  Keep in mind that we had only minutes to complete this task too, otherwise we won’t get to the tire place before they close. 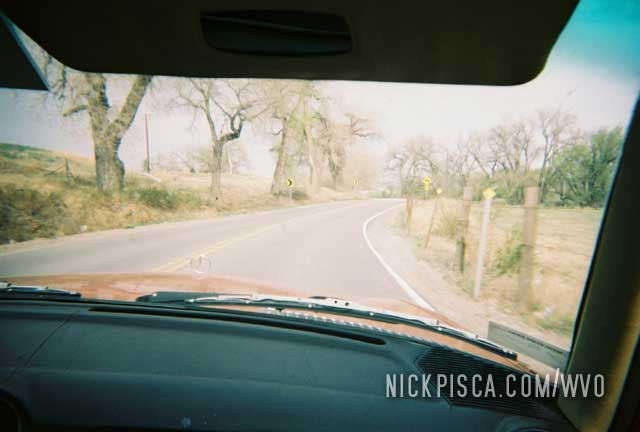 Now the whole front end of the engine is coated in hydraulic fluid, so we cleaned it with the only we had on hand:  Baby Wipes. It worked remarkably well. Then Glenn wrapped the tube fitting and hose with duct tape, and we split apart a smaller hose to cup around the leaking connection.  Three clamps later, and we stopped the leak and was headed back toward Denver.

11:02am GM Monday.  1339 Trip Meter Reading.  Denver CO. The night before, we sped through the northern suburbs of Denver…

For those who don't know, The James Bay Road is the longest road in North America (and one of the…