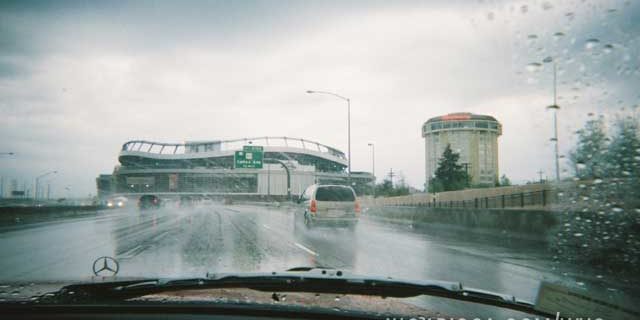 The night before, we sped through the northern suburbs of Denver to reach the Firestone tire shop with ten minutes before closure.  They seemed obviously annoyed and nearly almost forgot to replace the burst tire in the back of the wagon. Luckily Glenn pounded on the bay doors and “caught” their reluctant attention.  Meanwhile, I sought out an adjacent autoparts store and inquired on the hydraulic fluid. Locally, they stated, a dealer and the NAPA warehouse would provide the elusive oil. Unfortunately after some phone calls, I determined that we would have to wait until Monday for the Littleton Mercedes Dealership and Service Center to open.   I returned to the Firestone with the bad news and Glenn was chatting with some of the shop staff about the trip, VO, mileage, and so on. Even after all this trouble we are still raising interest. The sun was setting by now, and not having planned to stay in Denver, this gave us the opportunity to see Denver. We headed directly through downtown toward Littleton.  Promptly we found the Mercedes dealership and assumed that a plethora of hotels would reside in the commercial district of town adjacent to the freeway. Not really. 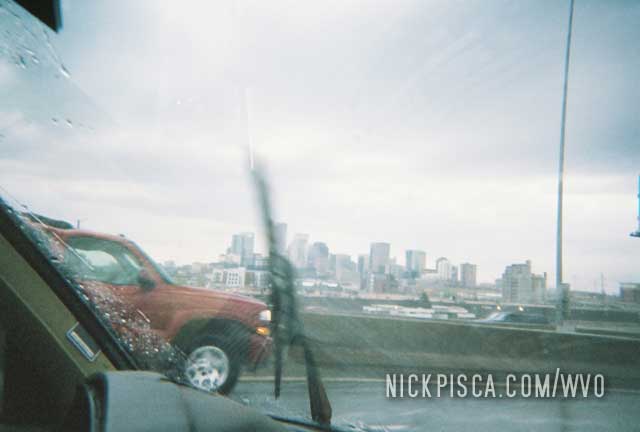 After nearly an hour of driving, we still haven’t found a place to stay.  Finally, we broke down and asked an attendant at a Shell station. To our surprise, the man point to an establishment just down the road, claiming to be an inn.  I was driving, and I pulled the car up through the canopy and Glenn hopped out to make a reservation—the place was packed. As he disappeared into the crown, I noticed that a lot of people were gawking at me.  I moved the wagon into an empty space and Glenn reappeared at the passenger door quicker than expected. 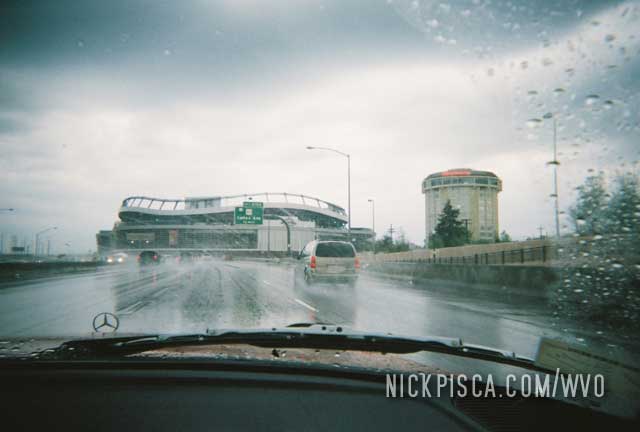 “Let’s go kill that fucker at the gas station!” he exclaimed.  Turns out that this “inn” is a restaurant and that canopy was decorative.  I was wondering why everyone was looking at me and there were no rooms nearby. 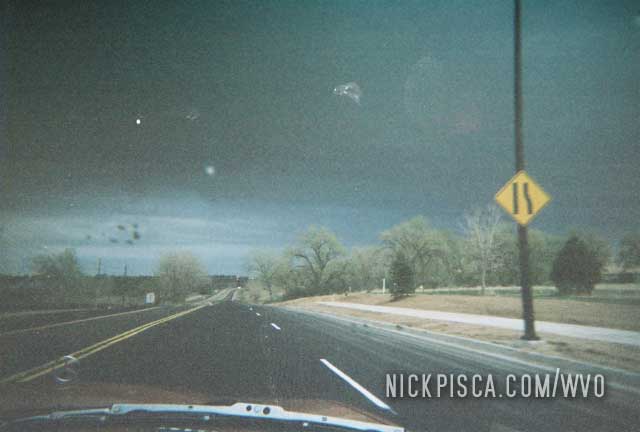 Eventually we found a couple of pricey places to rest and flipped on the tube.  More crumby news. There was an amazing forty degree shift in the temperature and now they were forecasting SNOW!  Three to six inches to be expected in the foothills and no information on the status of the mountains. Now this doesn’t freak us out: we’re from Wisconsin.  But we briefly discussed a possible detour south if we think we can’t handle driving with two bald tires on the rear of the automobile. 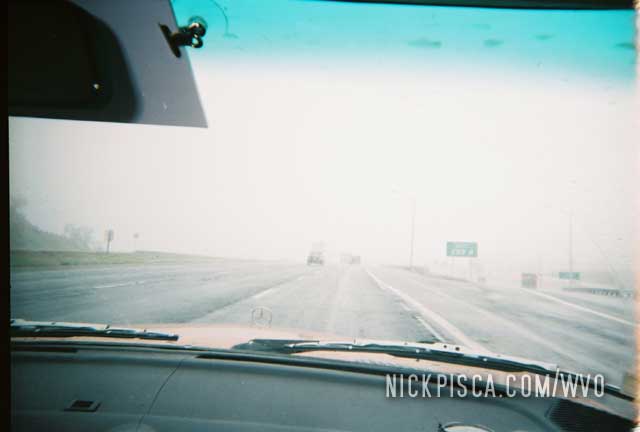 The next morning (Monday) we approached the breakfast room next to the main entry and the snow is coming down in little flakes.  Visibility is approximately a mile and the clerk tells us that snow in the mountains is extremely dangerous. We were low on WVO and decided to add 2.5 cubes under the hotel’s canopy to avoid getting snow in the funnel or tank.  This put on quite a show for the people in the breakfast hall and lobby, and eventually a woman emerged asking about our car. She seemed interested, but the comment “We drove here from Wisconsin on one gallon of diesel” caught her off guard.  She promptly informed the others and before we knew it, everyone was hovering around our car and asking questions.

After acquiring the hydraulic fluid for $18 per quart, we filled the reservoir and headed up the mountains. 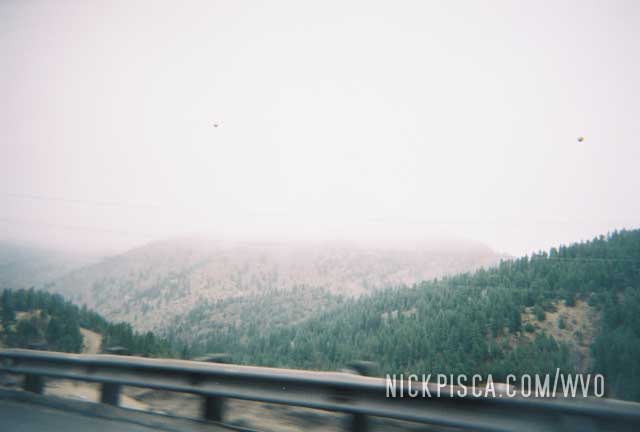 We had flurries throughout the eastern mountains. 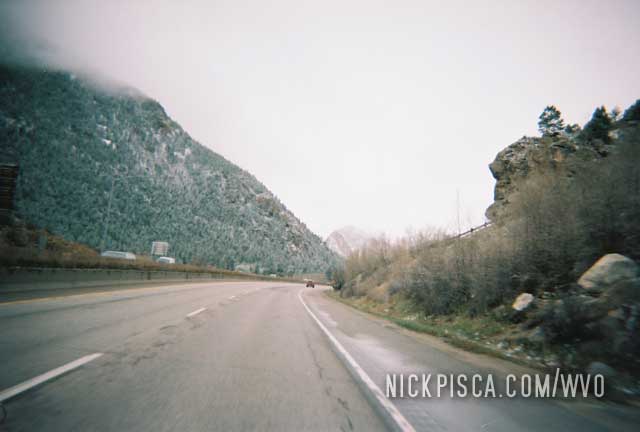 Received better performance with the WVO in the steeper inclines than the diesel purchased in WI and NE, due to the cold temperatures (around 32 degrees F).

1:27pm GN Monday.  1434 Trip Meter Reading. Mid-way through the ascent into the mountains, we encountered some sputtering which generally…

Hopland, California. 185444. 11pm Thursday. Added one cube. We wanted to take a mountain road to get us off of…