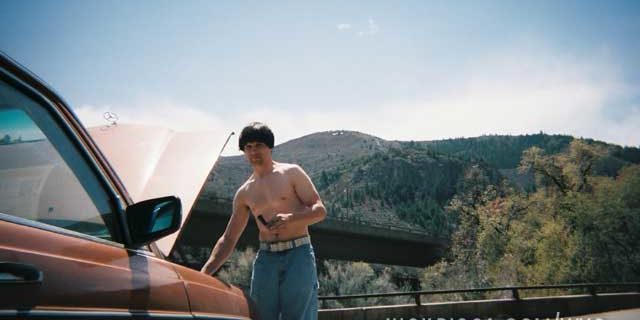 Mid-way through the ascent into the mountains, we encountered some sputtering which generally meant the filter was clogged.  A quick filter change and bathroom break, and we’re off.

Glenn has a sixth sense about checking up on his motors.  He wanted to just check out the hydraulic suspension leveling system reservoir fluid level to make sure the expensive two quarts we deposited earlier was holding.  Right away, we noticed it was low. We dumped in another quart and began to think this trip was going to be pricey unless something gave. 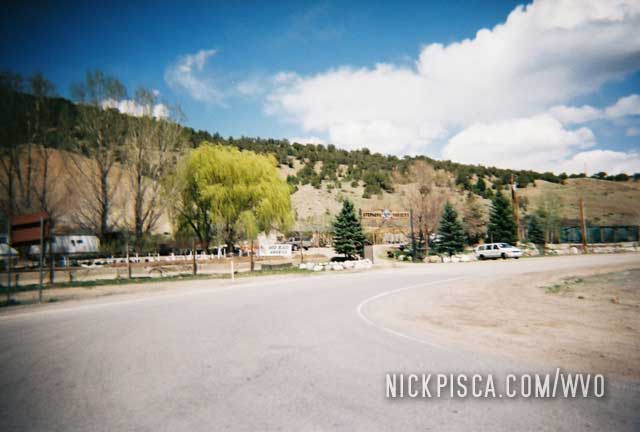 We fired up the engine and the hose began to leak quite apparently.  Turns out our hose clamps had worked themselves loose. This was a big mistake on our part, because if we could have maintained those clamps, I’m sure we could have made the entire journey on our “MacGyver’ed” hose sandwich.  No bother, because Glenn found some bigger hose that would almost encapsulate the entire leak better than the sandwich setup. Now we had melted duct tape adhesive gobbed on the hose and fitting, which requires more cleanup, but the baby wipes worked magically.  Since we had done this before, we spent almost an hour making sure that the new fix doesn’t have a leak. Plus we used five clamps instead of three, to apply pressure throughout the fitting. 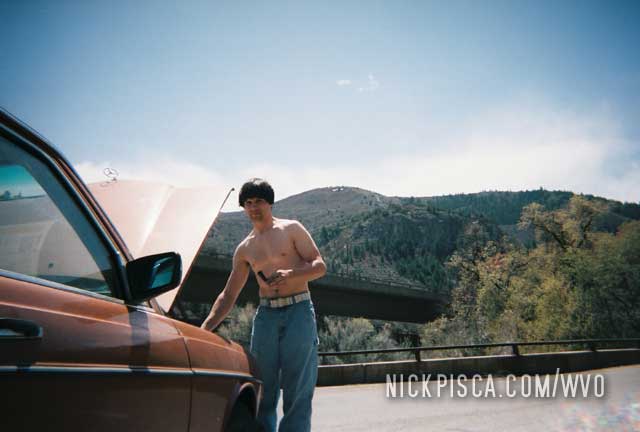 We have it perfect–there is no way this will leak.

We were wrong.  Not only did it leak, but it practically exploded.  Right away too, which in hindsight was much better. Since we only had one quart of the fluid left, there was little else to do but disassemble the hydraulic pump.  We couldn’t limp it to the nearest Mercedes dealership, in Denver or Las Vegas. I pulled out my laptop and opened those schematics we downloaded in Nebraska. Using only basic tools from a dilapidated socket set, Glenn pulled the pump off the engine and a black disk fell to the ground.  this disk was the “Driver Pin” that connected the mechanics of the pump to the power of the engine. With this removed, we no longer had to worry about the pump burning out due lack of fluid or lubricant, but we pretty much knew that eventually our jacked up rear end would drag on the ground. 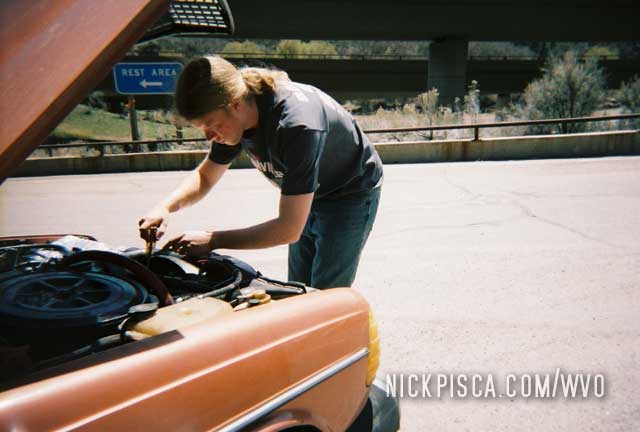 Also, a man stopped off to help us.  Turned out he was from Michigan heading to San Diego.  He had some tools and helped us near the end of the pump reinstallation.  None of the Coloradans even bothered to look our way.

11:02am GM Monday.  1339 Trip Meter Reading.  Denver CO. The night before, we sped through the northern suburbs of Denver…

We cruised down State Highway 95 (again, seemed like we had been on highway "95's" since Jasper BC) in the…