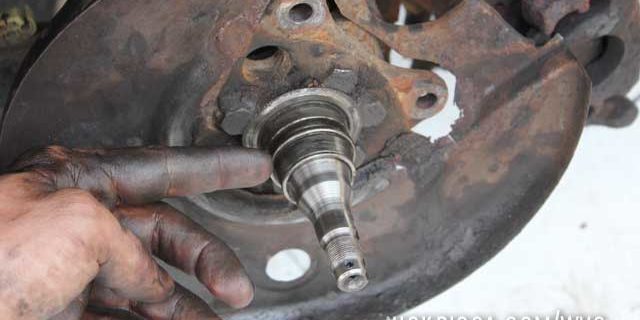 After driving all night from Vermont, we got into Scranton well before sunrise.  It was foggy and we found a mall parking lot to crash out till the morning.  We walked over to a Friendly’s restaurant to get some grub, and then we started to drive south on the highway. 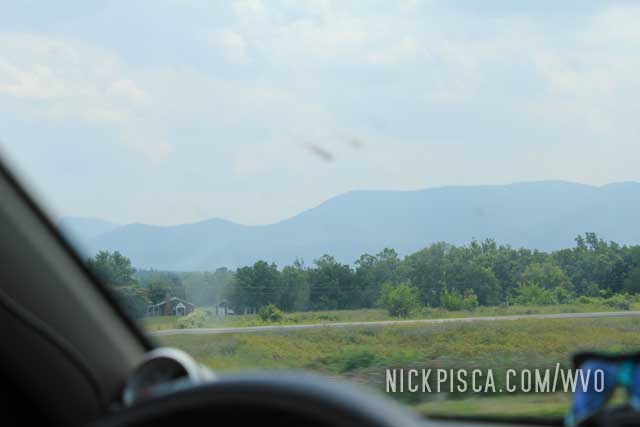 Scranton is situated in the Appalachian Mountains.   It’s very different than the landscape shots from the TV show The Office.  As we were driving up a nearby pass, the Passat started shimmying really bad.  We pulled over on the interstate to find that the bearing was totally shot.

We managed to limp it to a gas station parking lot to assess the damage: 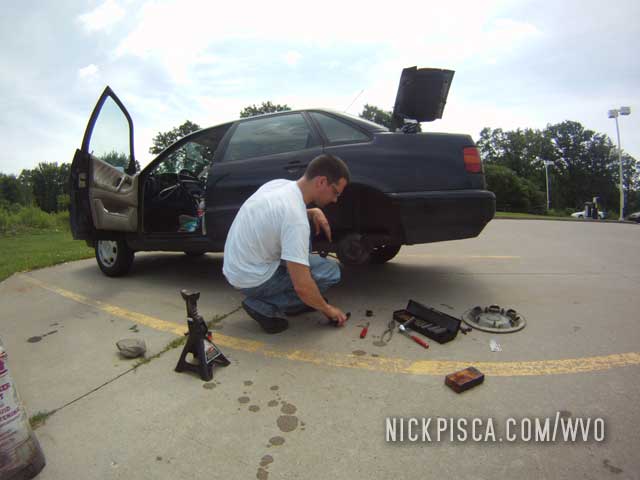 It was catastrophic.  We disassembled the rear assembly and things didn’t look good.  Glenn managed to repack it with some spare grease he had in the car, but that would only get us maybe a few dozen miles. 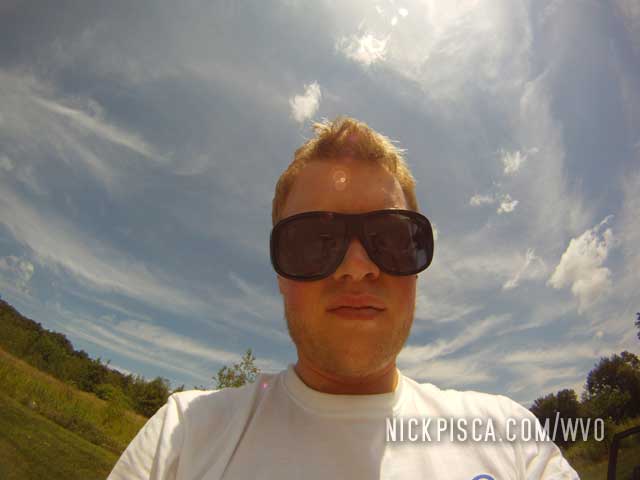 We used the GPS to find an autoparts store near Wilkes Barre.  It was a ten mile drive, and we decided to give it a shot.  Glenn reassembled the bearing setup and put the tire back on.  We drove for no more than a mile when the rear axle was smoking HUGE!

We pulled off in a ritzy housing district and managed to convince a neighbor to let us use their garden hose to fill a cube, so we can douse the rim as it gets too hot.

We continued our drive to the auto parts store, and I would exit the car every mile or so to pour cold water on the smoking rim.  It was not a recommended way to cool that metal, but we were running out of options.

Finally, we got to the store, and luckily, there was a huge KMart parking lot nearby.  We disassembled the hub again, and got everything pressed in at a neighboring shop. 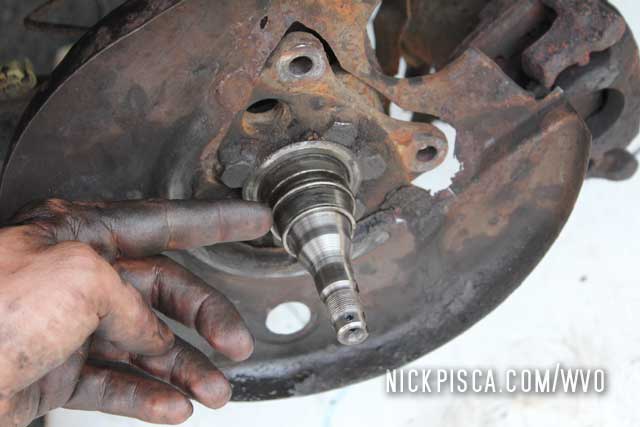 After it was all fixed up, it was really too late to get back on the interstate.  Remember, we hadn’t slept well the night before.  It was the fourth of July, so we found a hotel nearby and bought a crapload of fireworks.  We found an abandoned lot and decided light them off to relax after a stressful day.

After the huge breakdown on the Fourth of July in Scranton, we had to make up some major miles. Eventually…

We entered Vermont late in the night after crossing the border just before they closed.  We got a hotel in…

We pulled into Baudette Minnesota before lunch and needed to get some supplies.  Both of us took turns driving all…