As we watched the Veggie Van disappear on the horizon from the comfort of our train seats, we began to realize this wasn’t just any plain old ride on the light rail in a major city.  This was more like what it was like in the old days of the Trans-Continental Railroad in the 1800’s. 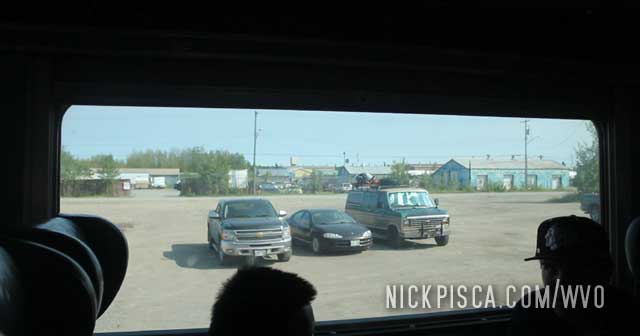 We were tired, and we figured the 18-hour drive would be boring.  Little did we know it would be very exotic and different. 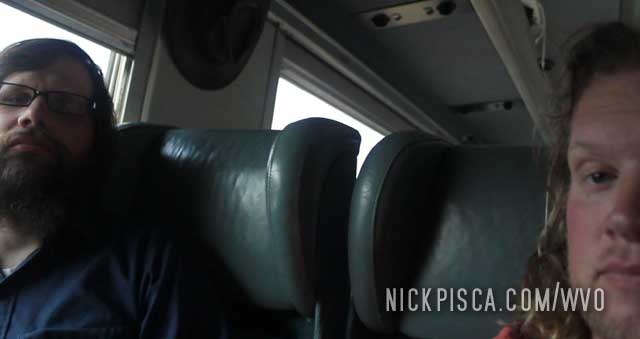 For the first part of the ride, it looked a lot like the typical forests of Canada and northern U.S. 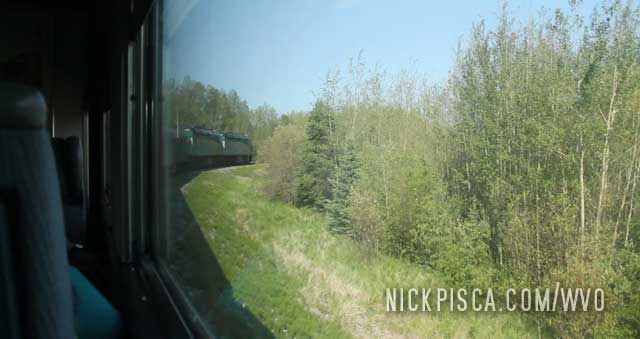 But it completely transformed into vast swathes of tundra.  The trees have a hard life here.  Since there is very little growing season and little-to-no nutrients in the soil, they grow at an astonishingly slow rate.  It looks like something out of a Star Trek movie.

Also, since the train is the only means for First Nations people to travel back and forth to the grid, there are a batch of First Nation hamlets scattered along the path.  When you pull up to their respective stations, local people file off and on the train like it’s a subway car.  It really does feel like we have warped back to 1875 and we are travelling from St Louis to San Francisco.  That’s not an insult; it’s actually a really rewarding experience. It must be very special to live in this type of environment.  (It’s a shame that in 2017, the train tracks had a catastrophic failure, and the corporate entity that controls the train system and the Canadian government cannot find an agreement to fix and reinstate this valuable transportation service.)

Gillam is a tiny town in Northern Manitoba. It is the furthest north one can drive in this province. All…

As mentioned in the previous article, the train to Churchill goes from Winnipeg to the Hudson Bay. The only workaround…