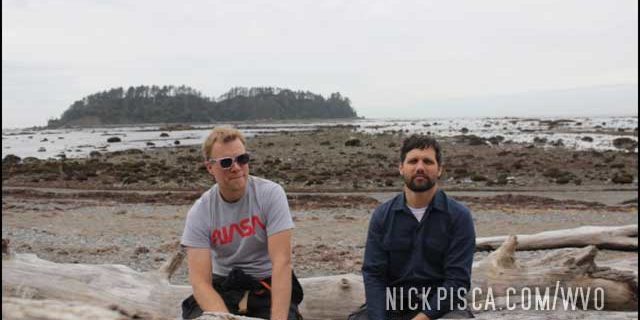 On of the major places we needed to visit on the 2019 WVO Roadtrip was Cape Alava.  We are really into driving to geographical oddities and extremum places, and Cape Alava is the westernmost point of the contiguous United States.  We had already visited the northernmost points (accessible by vehicle) in the contiguous and entire U.S., so why not the west as well.

The trail to the cape started at the Ozette Ranger Station in Olympic National Park. 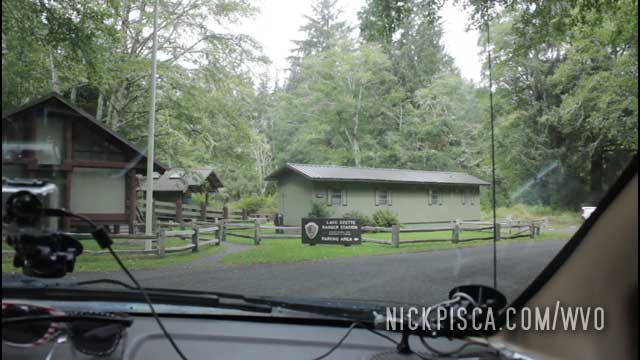 Even though the place seems pretty empty, there were lots of vehicles in the lot.  A whole boy scout troop was packing up for a long hike.  It seemed like everyone had huge backpacks and gear for days. 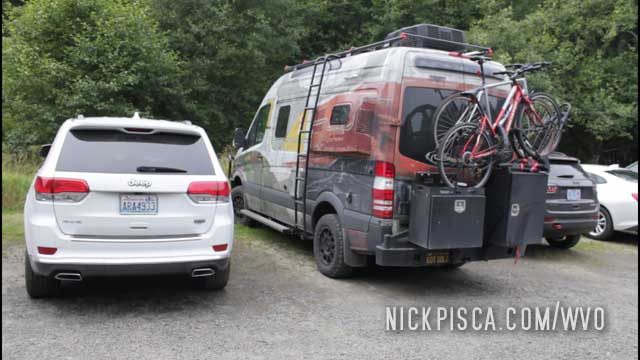 The trail is only three miles long.  Glenn and I didn’t even pack a spare bottle of water.  Fuck this crap about packing all sorts of hiking gear.  If you can’t hike a mere six mile round trip without packing half your house, then you are totally out of shape. 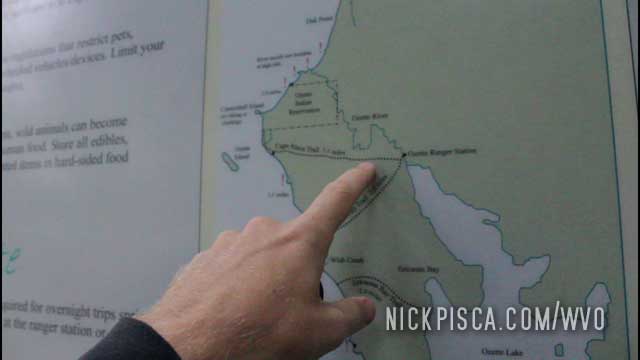 At the start of the trail, there are placards.  Thank goodness.  Glenn has a diabetic need for placards, otherwise he gets grouchy. 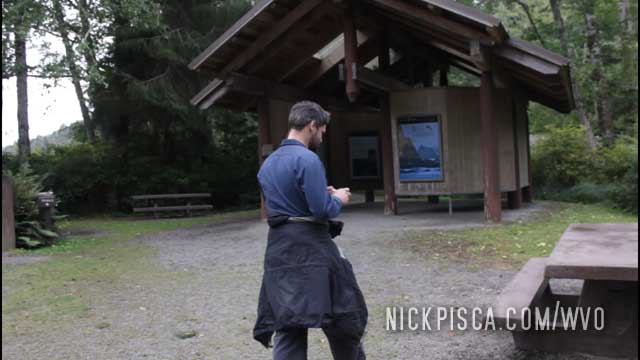 More of the tall vermin on the trail.  They are everywhere.  I hope they smell the blood and guts that is stuck on the inside of the fender and it drives fear into the hearts of all deer. 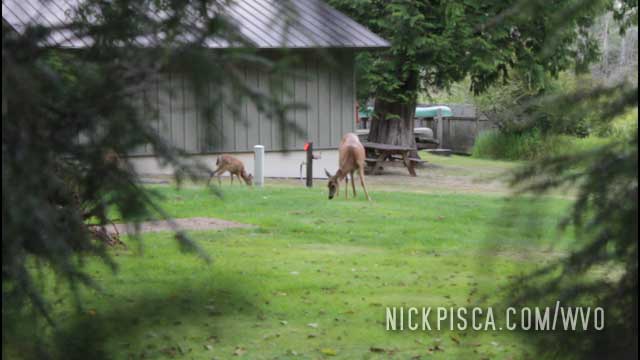 Heading out on the “Coastal Trails.” 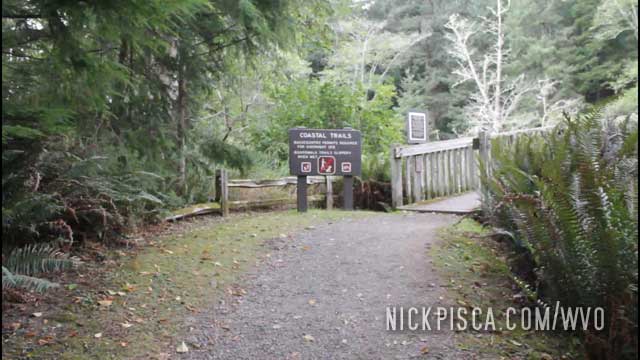 The moisture up here is crazy.  Seems like any wood that isn’t treated instantly turns into mold or fungus. 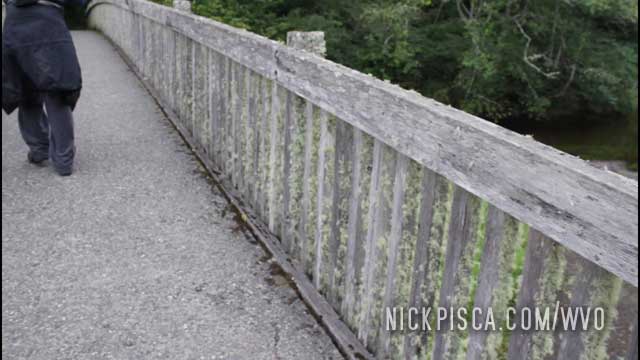 The trail was pretty outstanding.  We passed several people resting on the side of the trail.  Must have been too tough for them.

I was expecting a sasquatch to rape us.

We brought our jackets just in case it rained.  It was overcast, and probably could’ve rained at any moment.  But thankfully, as we reached further towards the coast, the clouds thinned. 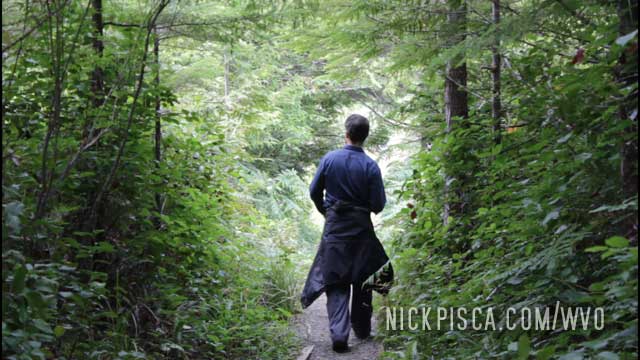 Avery mile or so, a clearing would emerge.  The grasses were almost five feet tall.  Glenn kept a rapid pace so the mountain lions couldn’t attack us. 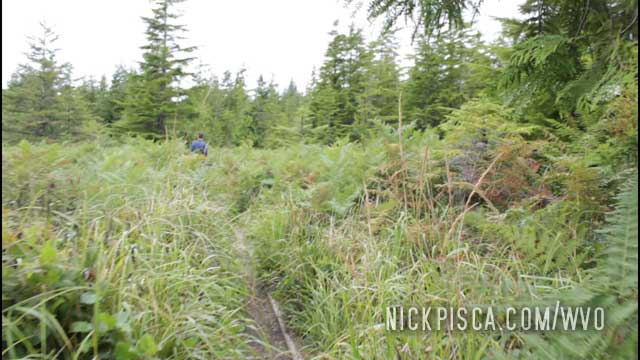 The hike wasn’t too bad.  The temp was great, but the moisture made it a bit humid.  Overall, three miles only took us about 45 minutes. 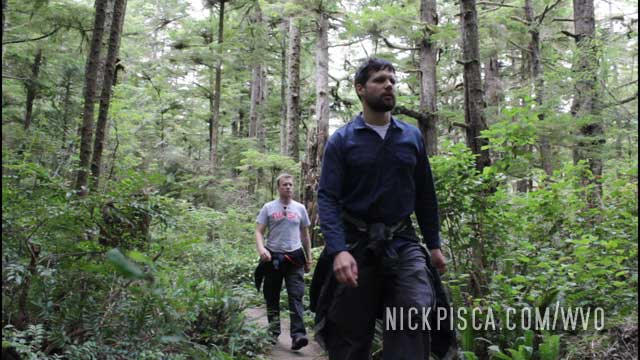 At the shore.  This is wild. 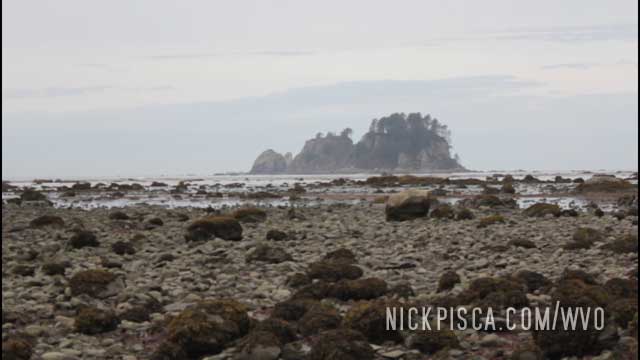 There are islands all over the coast.  Turns out, campgrounds pepper the coastline and islands.  That’s why everyone had so much gear.  I suspect they trek out on the receded waterline when the tide is low, and stay there until the high tide disappears. 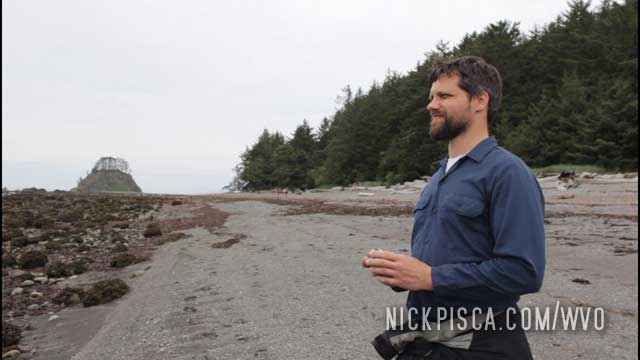 The shore is covered in alien plant and wildlife.  It’s all red and maroon. Really odd. 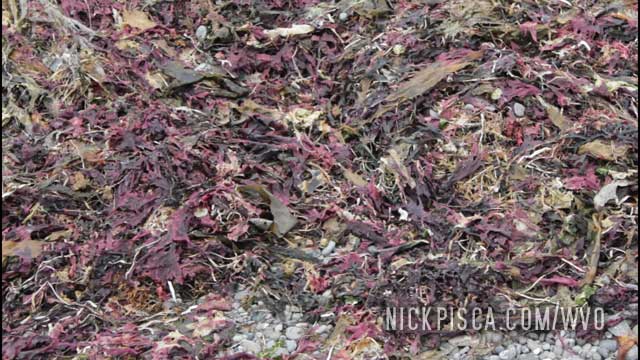 We found a dead seal.  The whole time, we heard seals barking in the distance.  They must be nearer to the deeper water. 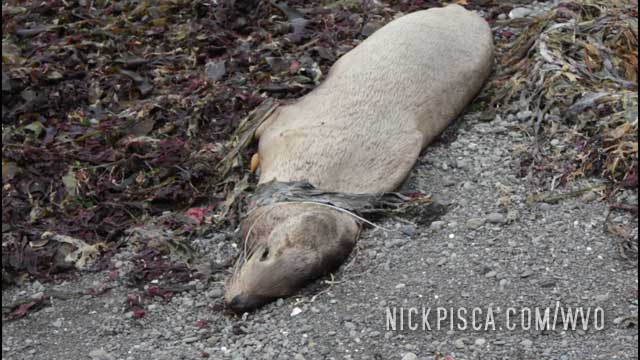 As with our tradition, we threw rocks out in the ocean.  We made sure to interrupt a romantic couple who was trying to enjoy the scenery.  We even ended up scaring some loon or crane that had majestically stood on the coast.

I threw my back out sleeping on that minivan chair in Port Hardy, so it was hard to throw rocks.  Even after I ventured out into the dangerous rocks to get a 50 yard headstart, Glenn somehow cheated and outthrew my rocks from the beach. 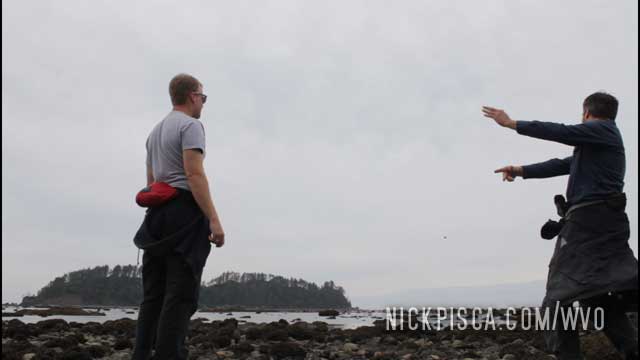 After blowing most our day at Cape Alava and the preceding and subsequent hikes, we got a late start on…

Heading down to Ozette and down the Hwy 101, we visited part of the western end of Olympic National Park.…