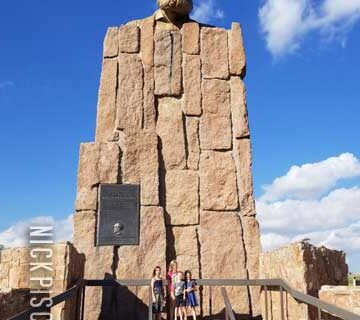 Apparently back in the Protozoic Era or whatever, there was this president called Abe Lincoln.  He apparently built this interstate highway during the Revolutionary War or something, so they erected a memorial for him. 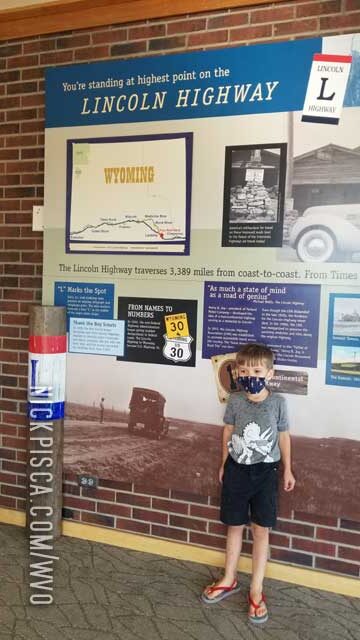 The sign said this was the highest point, but I didn’t even feel a buzz.  Must be some weak shit.

The sculptor really captured his face really well, and his box-shaped torso.  Honest Abe must’ve been built like a linebacker. 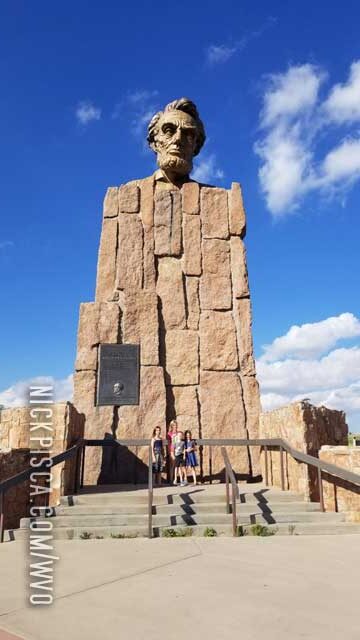 We stopped off here to pee.  Not literally here in this picture, but at a portion of the monument labeled “Restroom.”

I've been through Nebraska at least a thousand times, and I apparently never knew they built a tower in the…

After stopping in SLC for the evening, we drove our Ford Econoline convoy across the U-S-A, CONVOY! Needed a place…