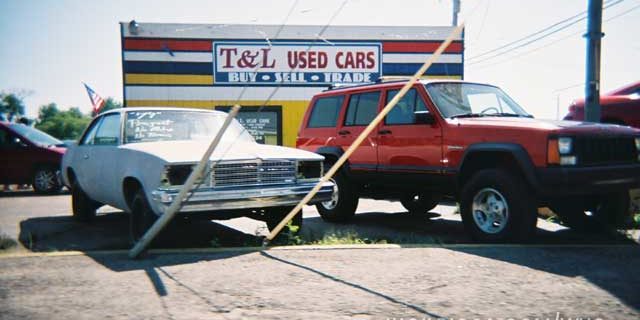 We entered Flint Michigan a full year before the major financial collapse of 2008.  Even then, it was a pretty depressing place.

We got in really late after spending a day at Niagara Falls and Toronto.  We booked a hotel room at some seedy place, as we tended to do in those days.  We were low on funds, so we didn’t stay at some fancy Baymount Inn and Suites.

That night, we walked over to the neighboring Taco Bell to get some late night dinner.  It was the only thing open, and I remember walking up the drive through because their dining room was officially closed.  Glenn ate a whole 6-pack of tacos, and that “meat” percolated in his belly overnight.

The next morning, we left the hotel room and Glenn had some monster gas.  It was horrendous.  As we walked down the hallway to the lobby, Glenn let out a lava fart and closed the lobby door behind him.  It should have been trapped in the hallway, but this was no normal gas-blast.  It permeated 2 layers of drywall and was on the advance.

While I was checking us out of the room, the toothless brute of a woman behind the desk caught wind of the gaseous discharge.  It took her breath away, and that is really saying something because she didn’t have all her teeth or digits, not to mention she had a rather noticeable body odor stench of her own.  She gasped, “Was that you?!?”

Before I could look up and respond, Glenn chimed in and pointed to me, “It was him.”

She covered her face with her hand and cried, “Holy Christ! That is horrible.”  She was physically ill and had difficulty breathing.

I noticed a misspelling on the checkout receipt and told her my address was incorrect.  She pleaded, “I don’t care! Just get out of here! I have to leave!  This is horrible.”  We all started giggling and I just signed the form.  She snatched the paper from my hands and ran off to the back room, probably to find fresh oxygen or to throw up in a bucket.

I never found out what happened to that poor woman.  But I’m sure she still thinks I was the one that farted that fate-filled day.  But it was Glenn, I assure you.

And from that day on, we now have a policy regarding Taco Bell: Never again.  It’s just too risky, for us, and for all the innocent bystanders out there.  God Bless.

On our way out of Flint, we found this car at a dealership.  No joke.  No engine and no tranny.  Holy balls, this town is on hard times. 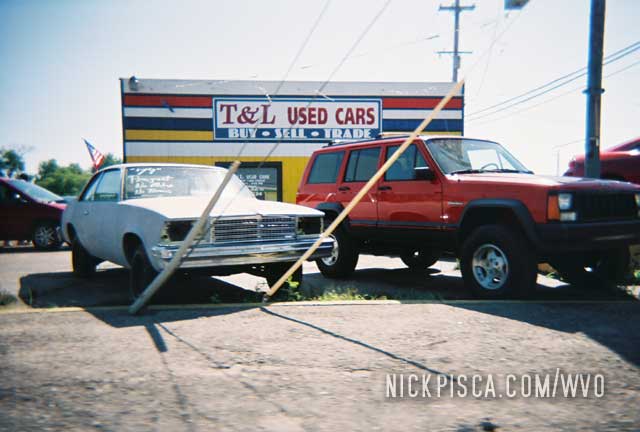 Just for shits and giggles, rather than driving the quicker and safer route through Chicago back to central Wisconsin, we…

213582 952.0 1cube added. Toronto Ontario CA After driving across southern Ontario, we came up on the Toronto skyline. We…

One of the best NASA sites we ever visited (possibly the best) was Stennis Space Center.  It's the place where…