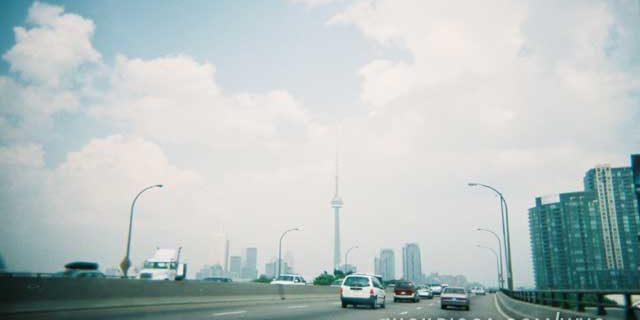 After driving across southern Ontario, we came up on the Toronto skyline. 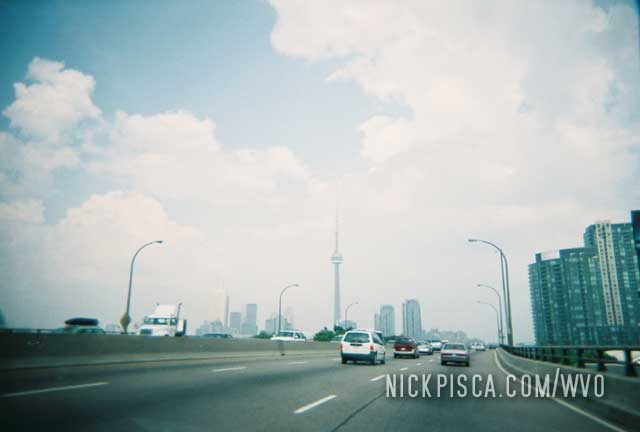 We only had a day to blow here in Canada, because we lost a day in Milwaukee fixing the oil feed line.  To continue our pattern of climbing the top of tall buildings (Sears Tower in Chicago, Empire State Building in NYC, and so on), we elected to top the CN Tower.

As we pulled up, we asked a CN Tower worker at the base some questions:

He had seen all our cubes of veggie oil and was confused on why our little car was so full of crap.

Eventually we found parking and headed to the top of the tallest structure in Canada. 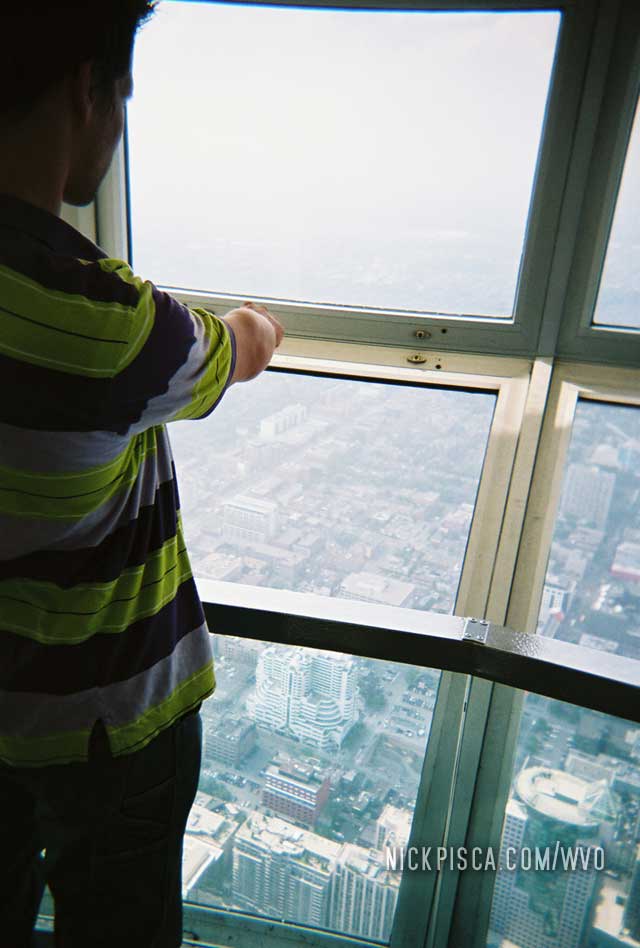 They even have a glass floor.  Now why the hell would anyone design something as terrifying as that.  Glenn didn’t seem to mind. 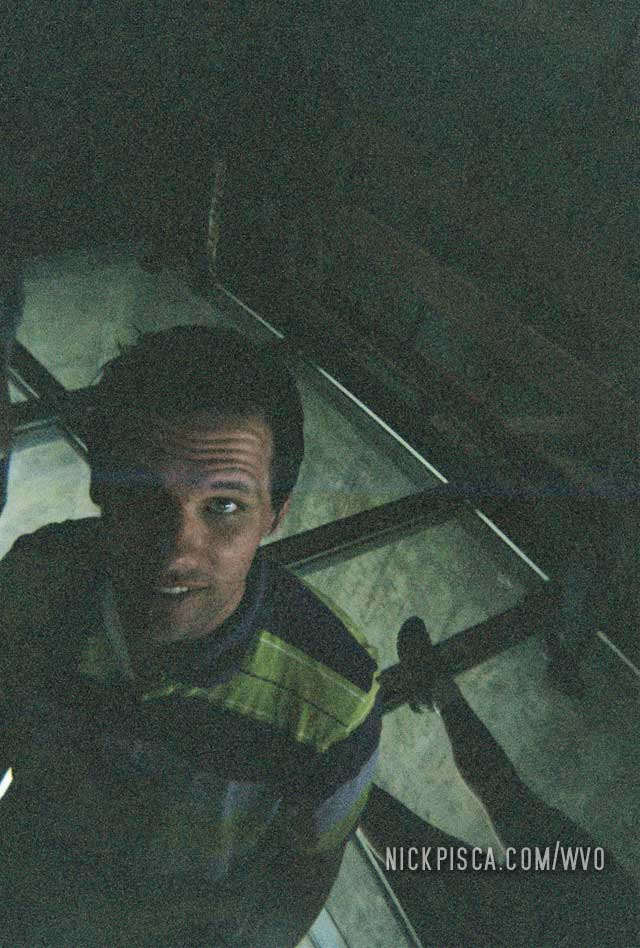 I liked the open air observatory.  This place really is high up. 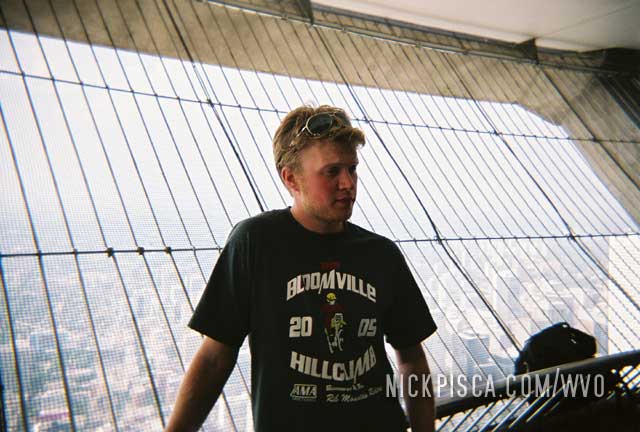 Glenn spent the majority of his time staring into the abyss. 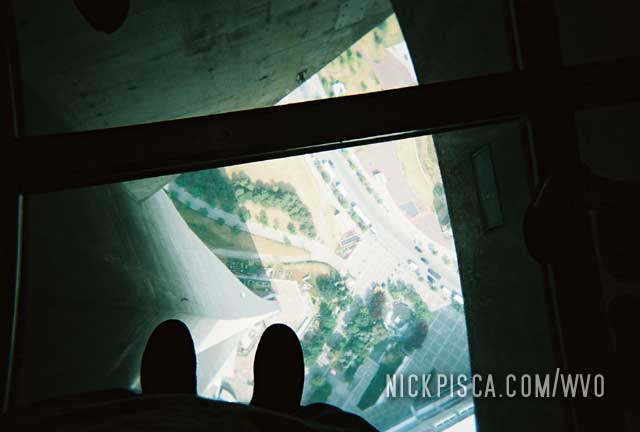 We got a bite to eat at the restaurant and hung out for a while.  Afterwards, we walked around downtown Toronto for a few hours.  It’s a lot like the US, but a lot different too.  It’s the little differences.  Do you know what they call a quarter pounder with cheese in Canada?

We entered Flint Michigan a full year before the major financial collapse of 2008.  Even then, it was a pretty…

After driving all through the night from NYC to Plymouth Rock to here, we finally made it to Niagara Falls.…