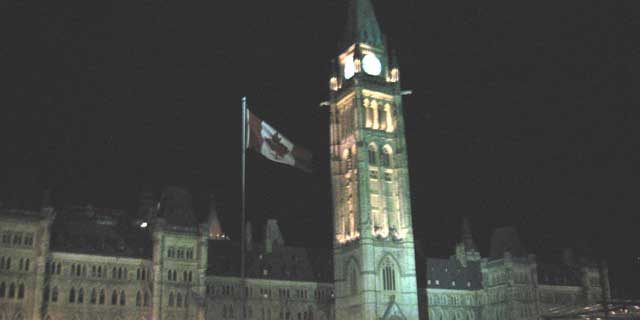 We had a few minutes to stop off in downtown Ottawa.  Here is Canada’s Parliament Building. 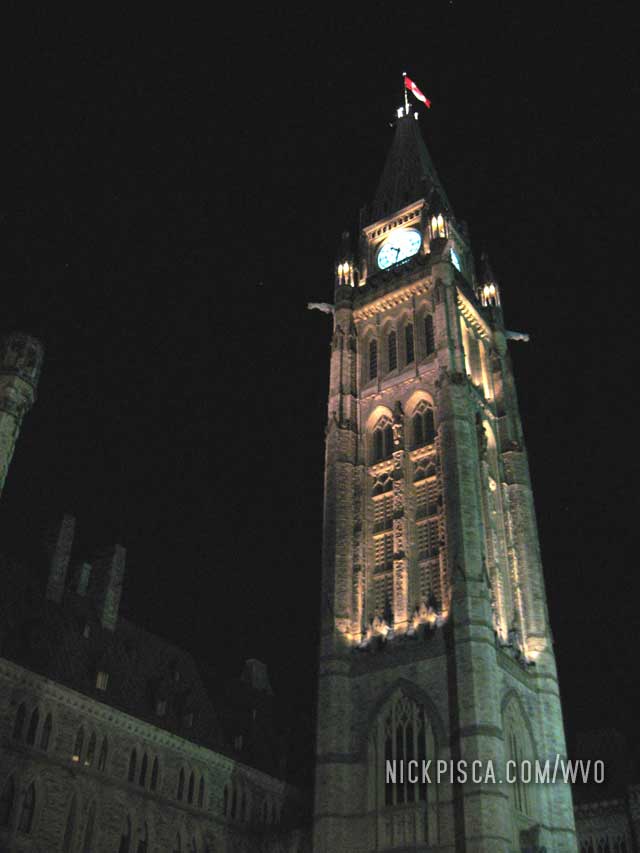 We walked around the complex for a while.  It was really late, so we weren’t allowed inside.  Glenn, as always, had to take another shit, so he found a portapotty.  He immediately exited the potty, because apparently it was too dirty for even him. 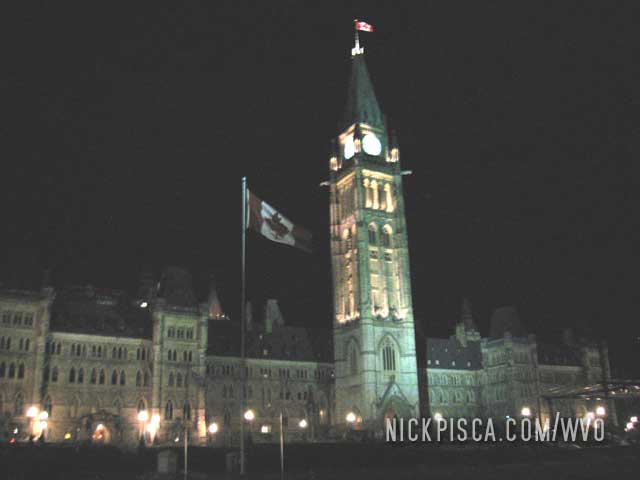 This was Glenn's first time entering a French speaking country or province.  He was naturally concerned, because he didn't speak…