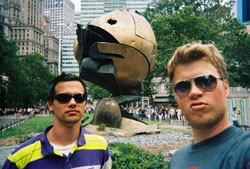 It was the Fourth of July, and we had a full day to spend dinking around The Big Apple.  As we drove up from Philadelphia and Delaware, we could see the skyline on the horizon. 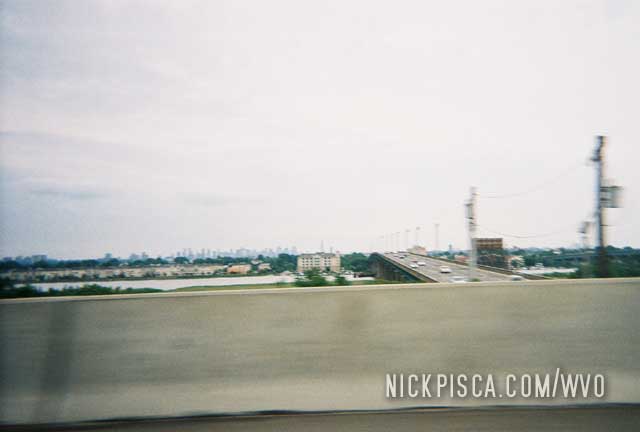 Our first stop was the WTC construction site. 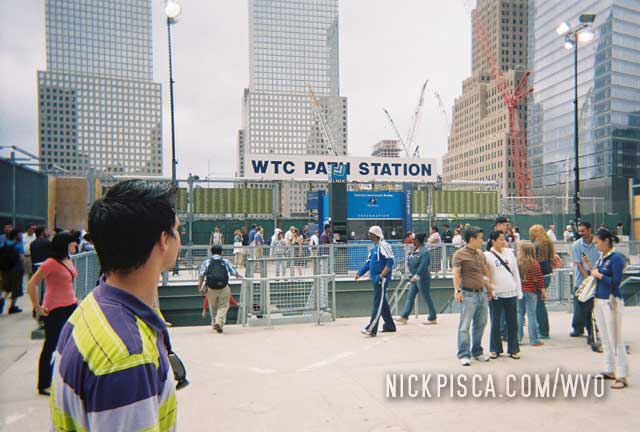 This was 2007, so things were still VERY early on in the development and foundation phases. 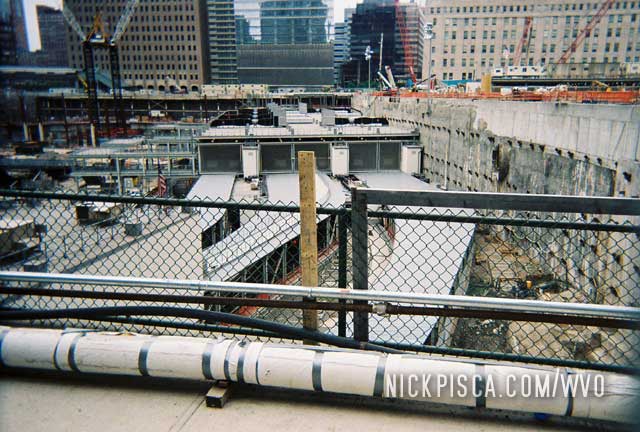 Then we sauntered down to Battery Park to see the WTC sculpture and other sights. 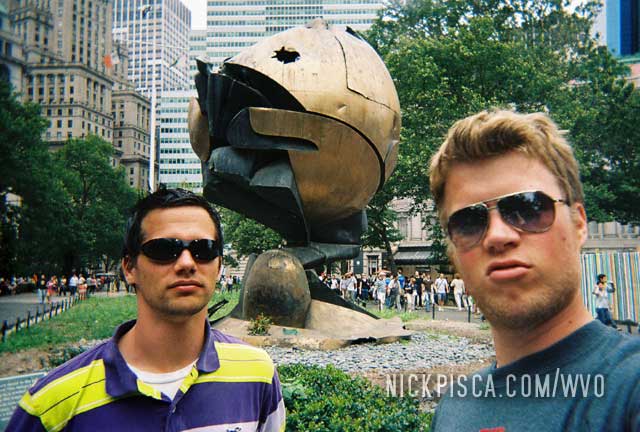 Naturally, we had to get to the coastline and see the Statue of Liberty in the distance.  It’s pretty far away from Manhattan, so it’s tiny in these film pictures.  What a way to spend our Independence Day.

Of course we had to hit the skyview of the Empire State Building.  As we were waiting in line to take the express elevator to the top, the line attendant was talking to the tourists.  He asked, “So where you guys from?”
We replied, “Wisconsin.”
He responded, “Nice. What country?”
Immediately thereafter, his coworker and other tourists started laughing.  He didn’t know Wisconsin was in the United States.  LOL. 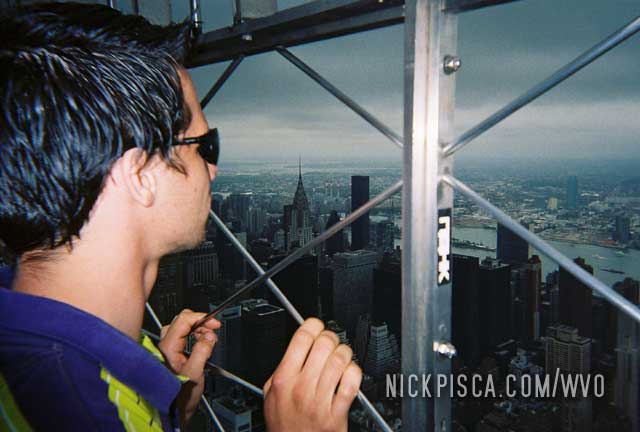 As it got dark, we strolled around on Times Square. 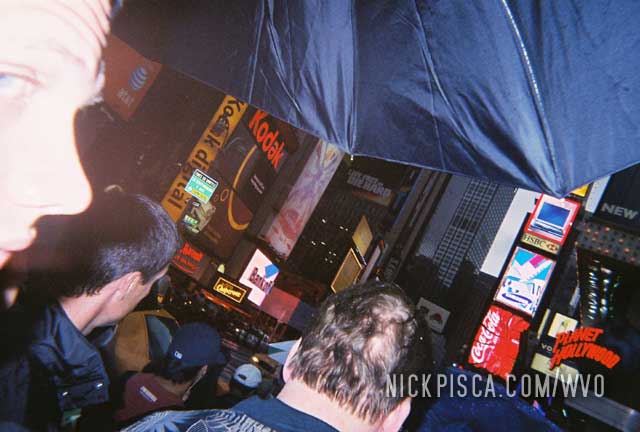 And walked around the southern end of Central Park. 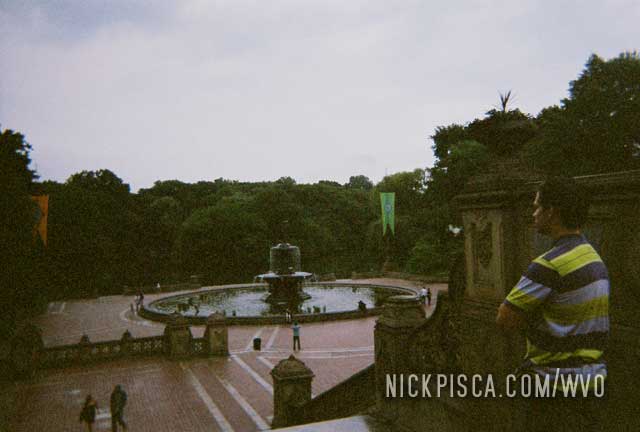 Also, the Apple Store had just opened and it was all the rage.  We never gave a crap about Apple, but thought it would be cool to enter a huge glass cube.

And lastly, we ate dinner at the Seinfeld diner, which looks nothing like the diner in the TV show. 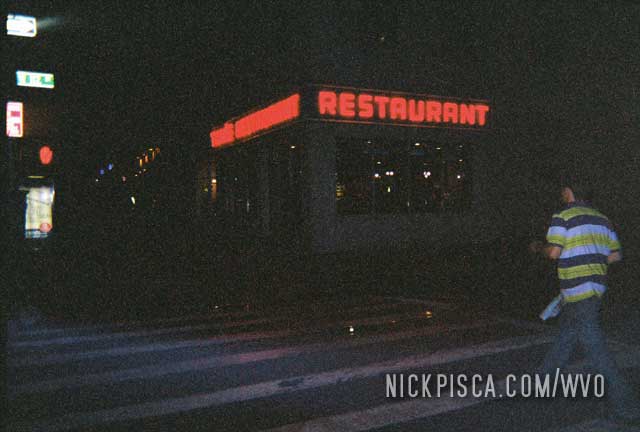 We had a big decision to make.  Find a hotel and go to Canada, or drive through the night and visit Plymouth Rock.  We made the crappy decision to not sleep and drive to what we thought might be a cool sight to see.

I’m glad we left town when we did.  As it was getting dark, people started shooting fireworks off the tops of buildings.  It was like a war zone.  New Yorkers…..