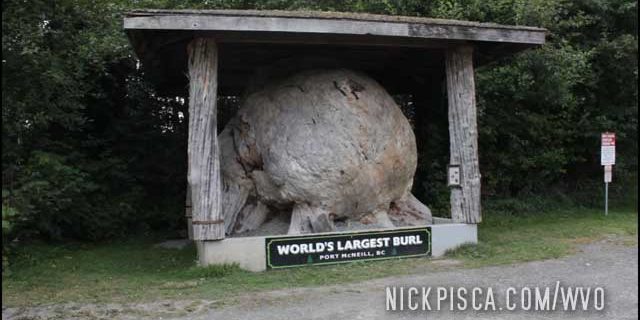 I’m straining to figure out why we went to see the World’s Largest Burl.  Maybe someone suggested it or maybe we saw a billboard for it.  IDK.  Regardless, we turned off the main drag to visit the town of Port McNeill. 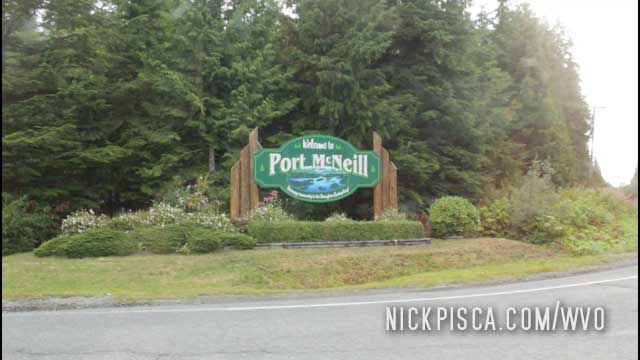 Off to the left of the main street of town, was a small park and creek, and underneath some crude canopy sat the World’s Largest Burl. 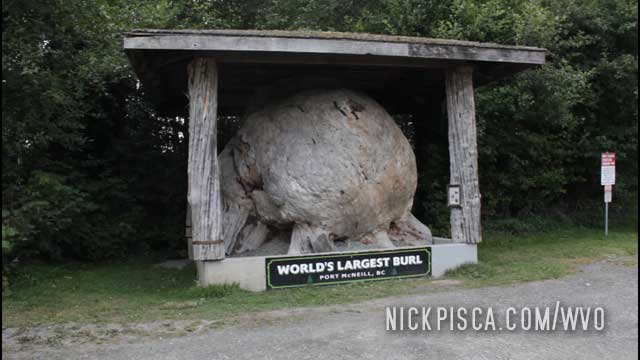 Well, that was interesting.  Turns out these things are kind of valuable.  The owner of this burl apparently turned down a pretty penny for this thing so that he could showcase it in a canopy in the middle of nowhere.

While we were chilling and pissing behind the burl, a chopper landed right next to us.   A dude hopped off and told us there was an even larger burl down the road.  This is surreal.  I never knew the locals here were such burl aficionados. 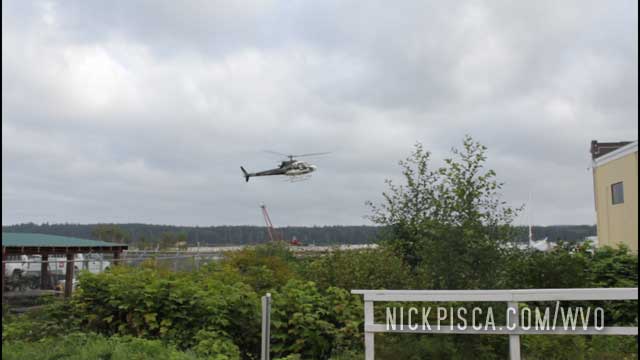 I guess if there is an even larger burl, we might as well check it out.  We followed the guys directions and headed west on the back road.  After a few miles, we passed some sort of union strike, because there were men standing around a bonfire and holding signs.   It had this whole end of “The Day After” vibe, like in that scene where the farmer’s family headed back to the farmhouse after the town hall meeting, and the were met by a bunch of cannibals.

I figured seeing the world’s second largest burl was good enough, and we didn’t have to risk our kidneys driving any further.

We got into Campbell River around lunch time.  I had to piss like a banshee so I started screaming like…

After meandering around Point Hardy in the dark, we tried to find a hotel room that wasn't a bajillion Canadian…

In 2016, Fort McMurray was the setting of massive wild fires. As we got closer and closer to the town,…