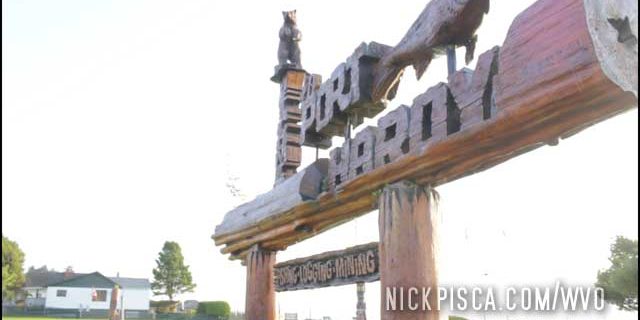 After meandering around Point Hardy in the dark, we tried to find a hotel room that wasn’t a bajillion Canadian dollars.  We stopped at the Kwa’lilas Hotel and it was something like $5,670,000 per night.   Hard pass. 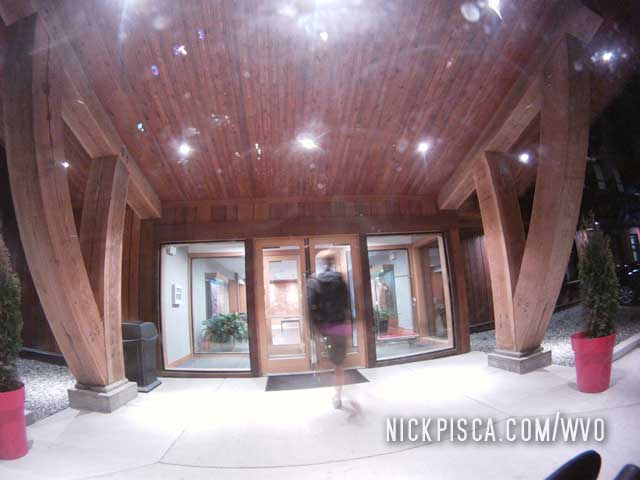 The more affordable hotel was the parking lot in front of the Sacred Wolf Friendship Center.  We crashed out there because when we were wandering around Port Hardy the night before, there were a bunch of sketchy people casing out cars parked on the main drag.  One truck sat by our van for a few minutes waiting for us to turn the corner.  Weirdos.  We thought it was better to just find a different spot that was better lit and nearer to people. 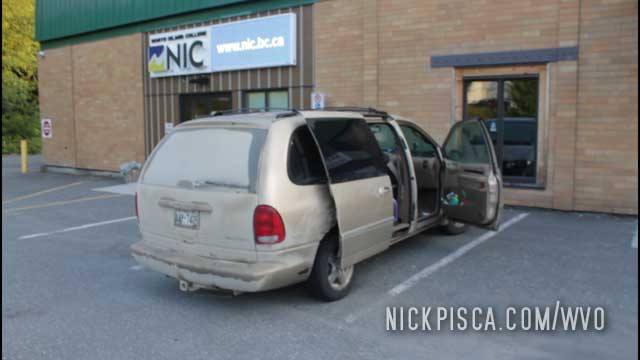 The next morning, we found a million blackberries growing just fifteen feet from our van.  We picked a bunch and ate some fruits for the first time this year.

After choking down wild berries, we needed to stuff down some poutine and burgers down our gullets ASAP.  Lucky for us, there was a Dubbies in the same building as that Wolf Breeding Center or whatever. 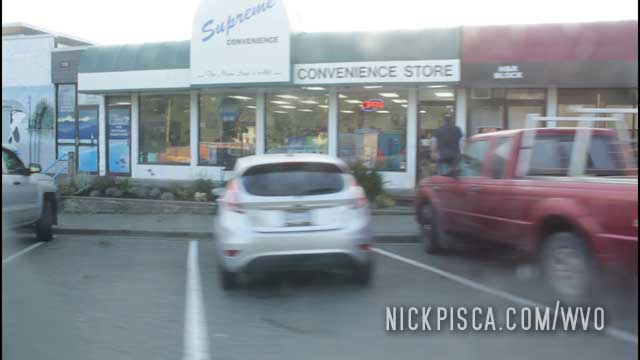 Even though we had already visited this place the night before, we decided to come back to the Cenotaph and beach in downtown.  Daytime was a bit nicer. 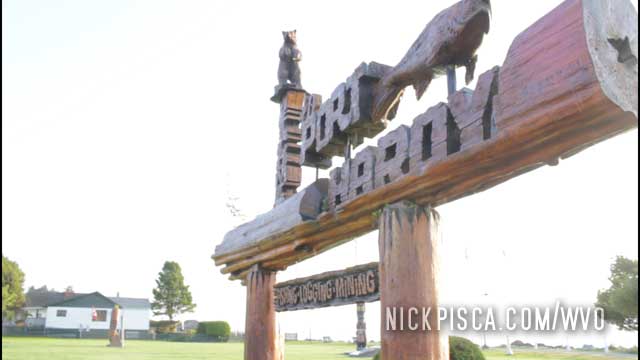 You can see the cruise ships on the horizon.  They apparently dock here on their way to the Alaska Marine Highway. 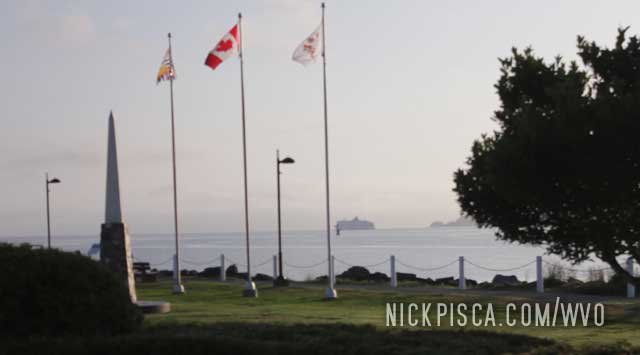 Hanging out on the beach. 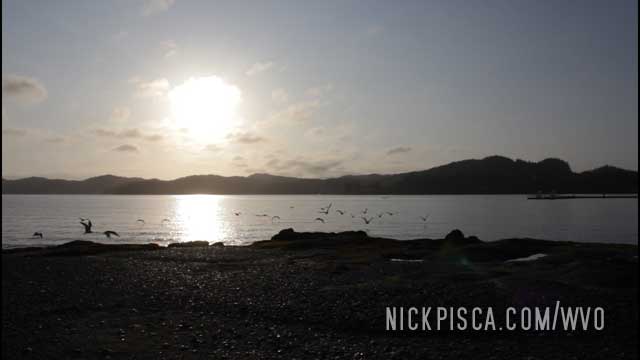 The tide was out so we got to go out into the bay.   It looked cool.  Glenn had this homeless man vibe. 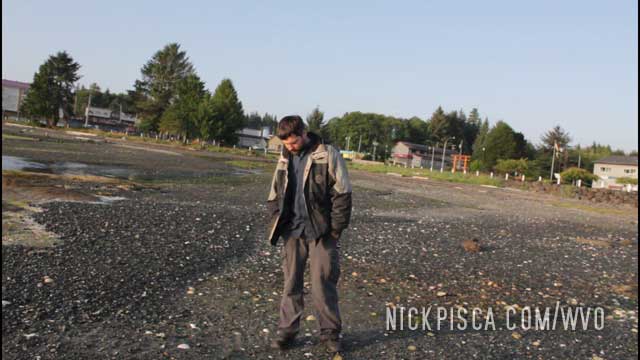 The ground was covered in kelp and weird lichen-like stuff. 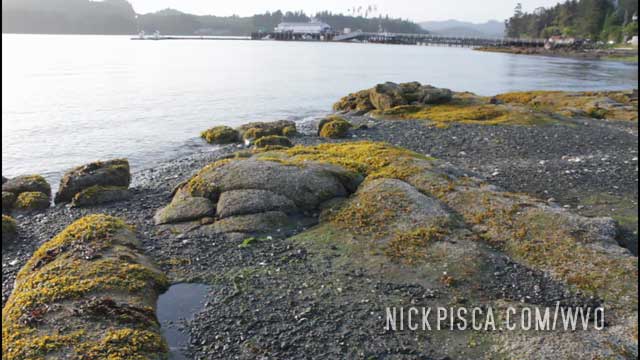 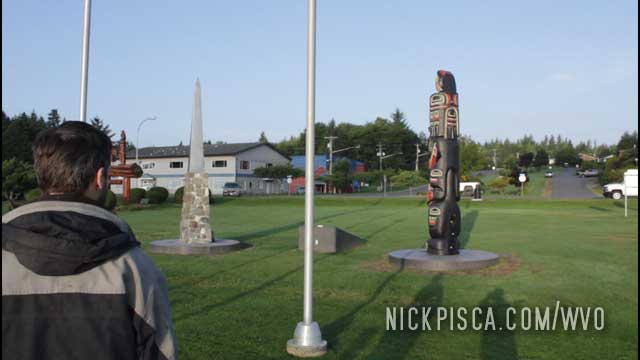 This was one of the major destinations for the 2019 WVO Roadtrip.

We hung out for a bit, but we had to leave to make the 500-km drive back to Victoria.  We had to make the last ferry ride to the U.S. before the end of the day, otherwise we’d have to find a hotel in that tourist town.

Back on the road again.

I'm straining to figure out why we went to see the World's Largest Burl.  Maybe someone suggested it or maybe…

It's over 230 kilometers from CR to Port Hardy on their only road going north.  We are pushing it.  If…

What a terrible time to get a flat. Heading back to North Battleford after visiting the Crooked Bush, we were…