So….. This is an uncomfortable post. Where to begin…  First of all, we ate in Pennsylvania at this place that sold Black Bean Burgers.  They were delicious.  Then they sat in our bellies for a few hours while we drove down to the Natural Bridge of Virginia.  Really spectacular. 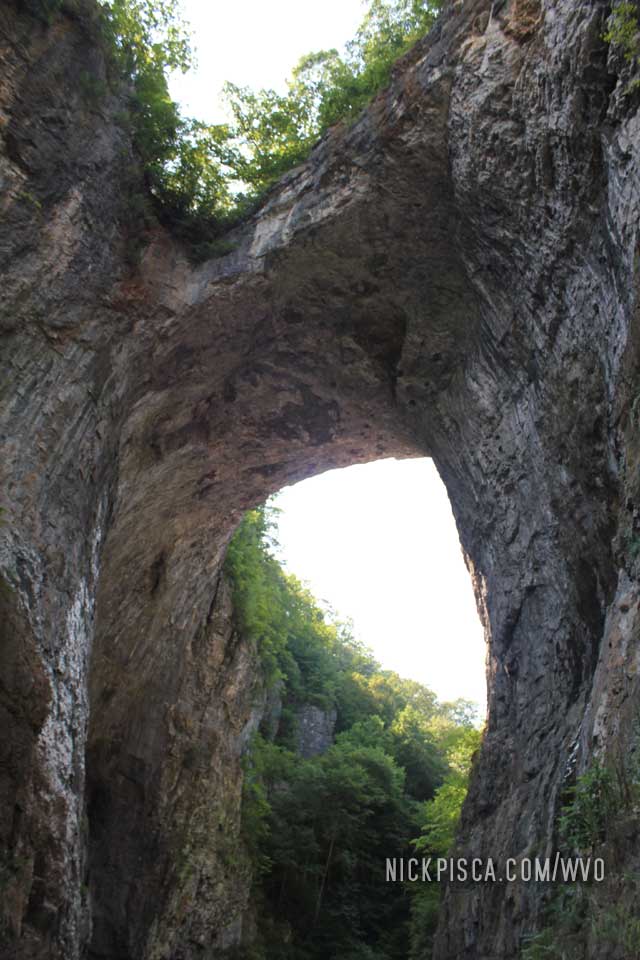 We’ve been to other natural bridges, but none were as big as this monster.

After hiking on their natural bridge trails, we found out there is a “natural bridge cavern.”  We love going on these cave tours so we jumped at the opportunity.  The problem was, we had to rush over to the visitor’s center to get tickets and get to the gate asap.  The last tour of the day was just about to leave, and if we missed it, we were SOL.

The cave was amazing. 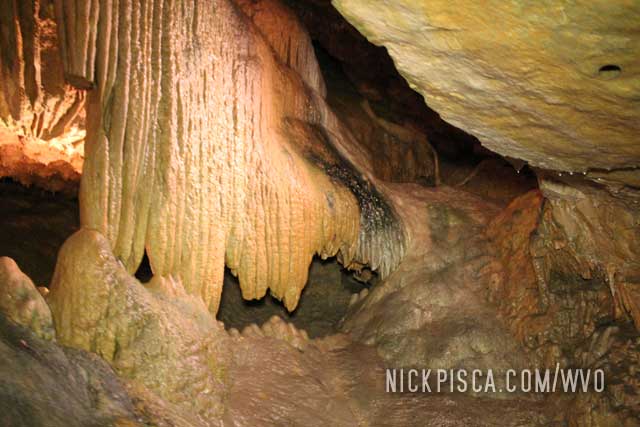 We were in such a rush to make the cave tour, that we didn’t have time to hit the bathroom.  That’s when we realized the Black Bean Burgers were a bad decision.  They had percolated all day, and were ready to explode.  For the vast majority of the tour, our stomachs were groaning and grumbling, until we had to release the pressure valve.  I think we released more gas in that cavern than Auswitz.

Later, a child on the tour asked the guide if the cave always smelled like “toots.”  The guide just glared at us.

We ended the tour with a sprint to the single toilet bathroom at the visitor’s center.  Glenn soiled himself so bad, that he had to just dispose of his underwear.

Sometimes, it's a long drive on these WVO Roadtrips, and you gotta let loose to keep the insanity at bay.…

After the huge breakdown on the Fourth of July in Scranton, we had to make up some major miles. Eventually…