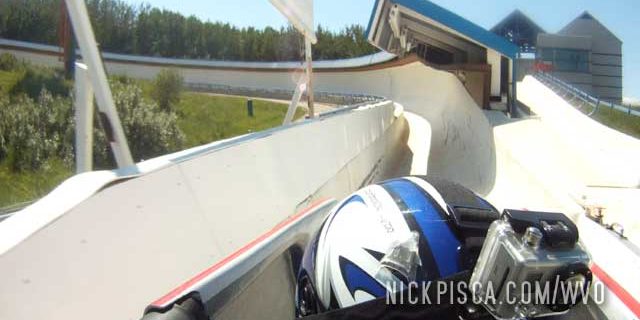 We pulled into Calgary mid-day, just in time to go to the Olympic Village. 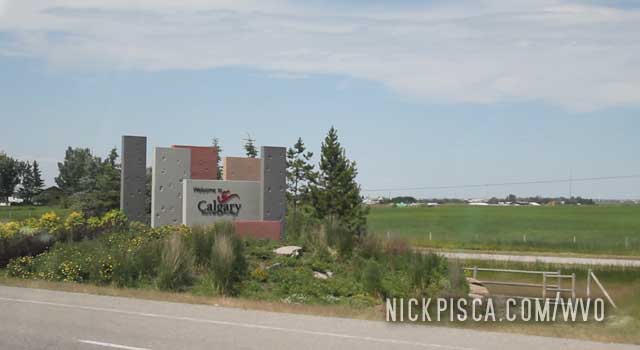 We got to the village and asked the clerk what’s the best thing to do.  She suggested going Bobsledding.  They claim the drivers are Olympic-level athletes that know what they are doing.  She insisted it wasn’t too scary or bad.

We bought our expensive tickets and went to the top of the hill.  They packed us in with another couple and pushed us down the mountain.

Just to give you some perspective, I lettered in downhill skiing for 4 years and I’m used to speed on a slope.  But this bobsledding was awful.  The driver didn’t have any control, it was mainly just a hell-ride down a tube. 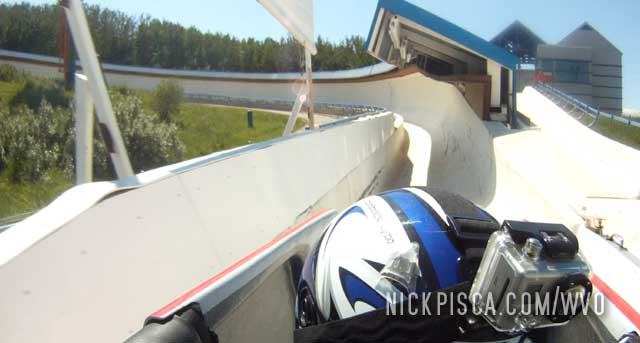 I’m surprised more people don’t get killed doing this.  The driver thought it was funny, but I would never do this again.  Glenn screamed the whole time down the hill, and afterwards he claimed it was screams of joy.  I can tell the difference between joy screams and bobsledding rape screams. 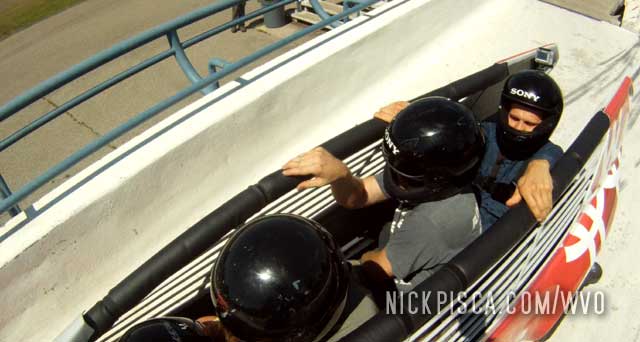 Much like our visit to Jasper along the Yellowhead Highway in 2010, we visited the other gateway to the Canadian…

Between Medicine Hat and Strathmore

The night before, we contemplated how best to tackle the THC drive to Vancouver.  We could find a hotel, or…

Much like our visit to Jasper along the Yellowhead Highway in 2010, we visited the other gateway to the Canadian…