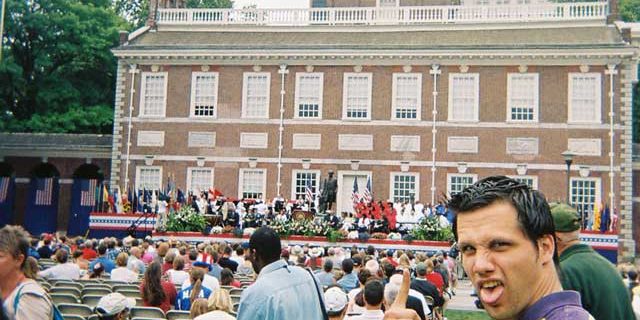 After a nightmare hotel situation the night before (read below for the details), we finally got to Independence Hall and the Liberty Bell in Philly.

The Liberty Bell is a fuckload smaller than we expected.  I could wear this as a condom. 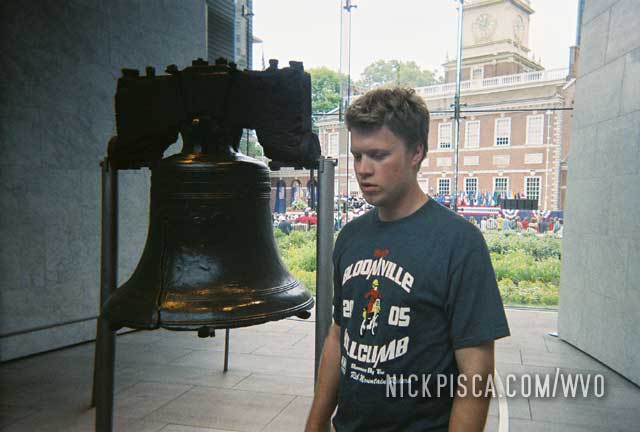 Since we had that mechanical issue in Milwaukee, we were a day behind schedule.  That put us IN PHILADELPHIA ON THE FOURTH OF JULY.  Just our luck.  It was VERY crowded, but still kind of neat to experience the birthplace of America on its birthday. 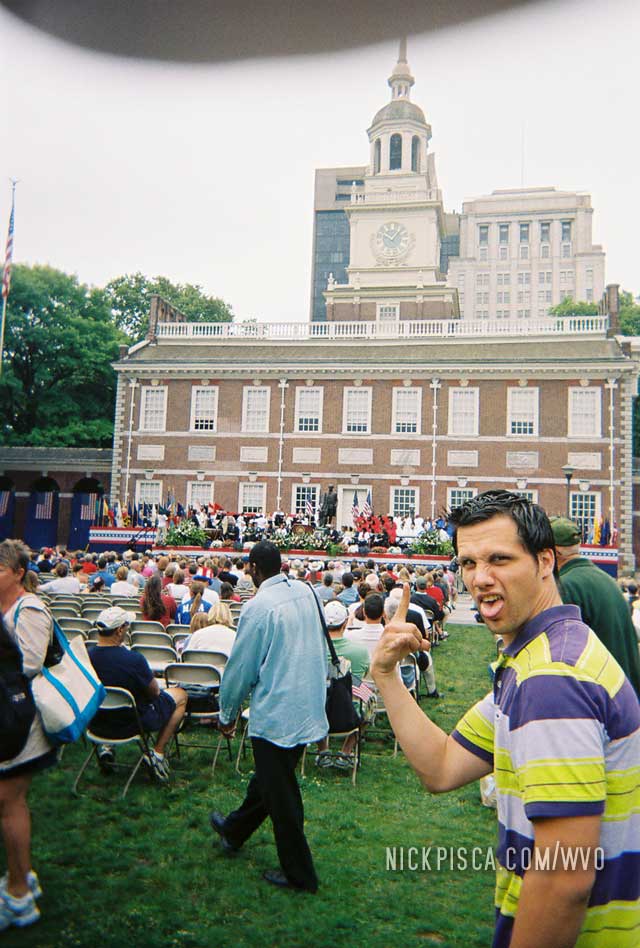 There is a tour of the Hall we got to see the inside. 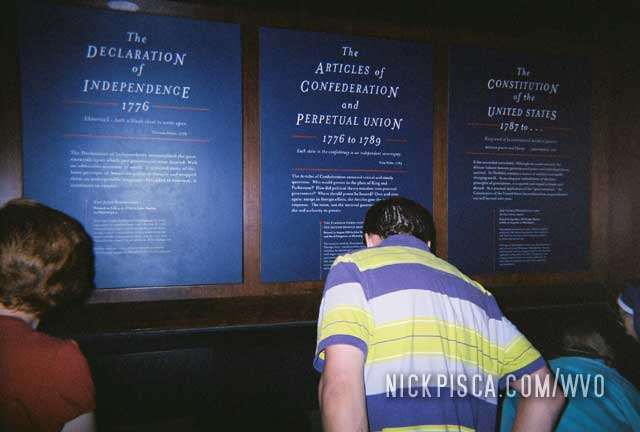 Of course Glenn had to show off all his Benjamins to verify that the building on the back truly was Independence Hall. 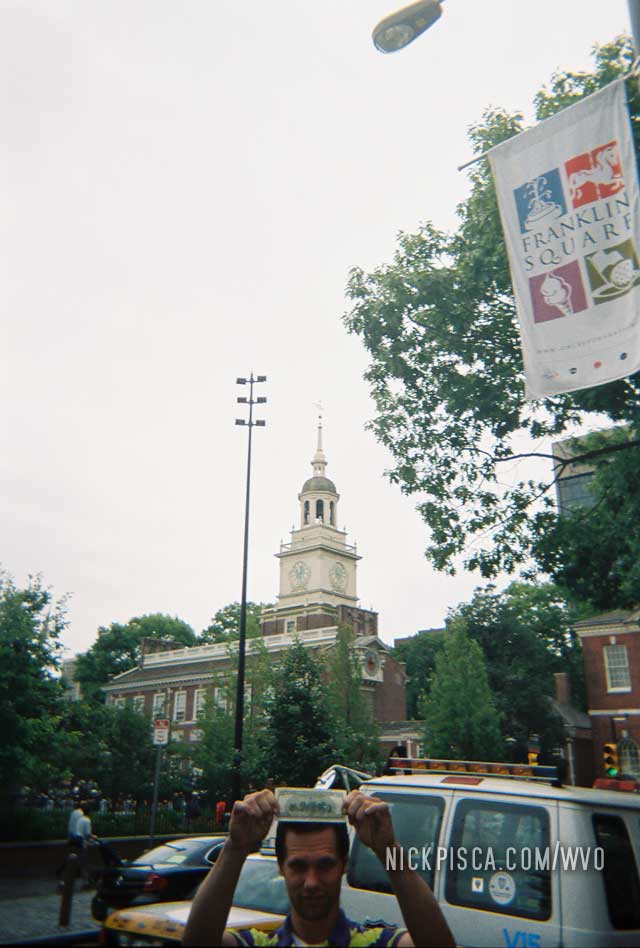 Onward to NYC.  If you want to read more about our tribulations at the Chester Hotel, read below.

We got a hotel in Chester PA on the way up to Philly.  From the 2007 WVO Roadtrip Log: 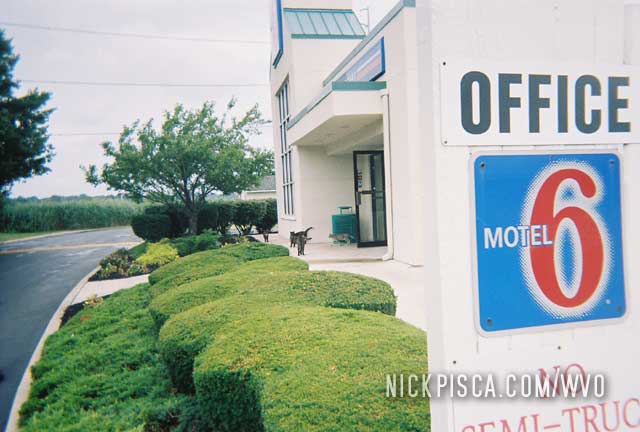 We had two options when we left NYC:  Find a hotel and head to Buffalo, or spend the entire night…

It was the Fourth of July, and we had a full day to spend dinking around The Big Apple.  As…

Snow and Biker on the Dempster in July