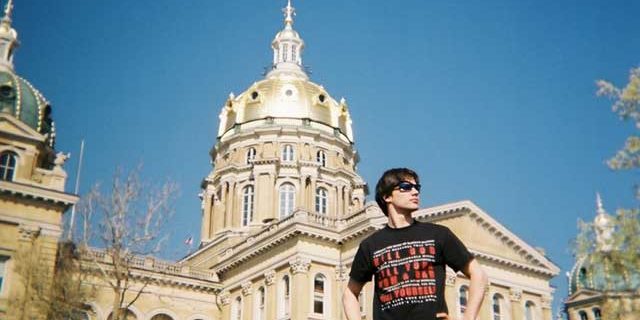 We replaced a small/primary fuel filter.  Glenn claimed that he had already stretched a previous thousand miles out of that filter before the trip, so if we could maintain a thousand-mile minimum out of those cheap ones, we’d be sitting nice with five in hand. 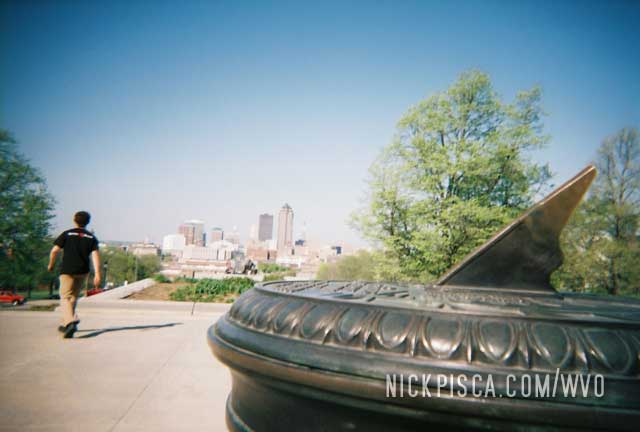 We approached Des Moines and the Capitol seemed the most logical to visit.  Right away, we thought about what concern might arise from driving a car to various governmental and historically American sites loaded with a hundred gallons of ‘fuel,’ but (as you will read further) it really didn’t matter at all. 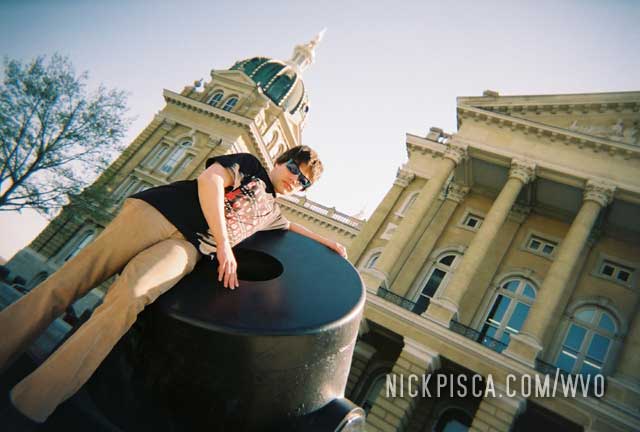 The building seemed pretty vacant so we assumed it was closed, but then again that is no indication that our government wasn’t supposed to be in session.  We parked and circumambulated the Capitol where we confirmed its weekend closure. It was still nice though. 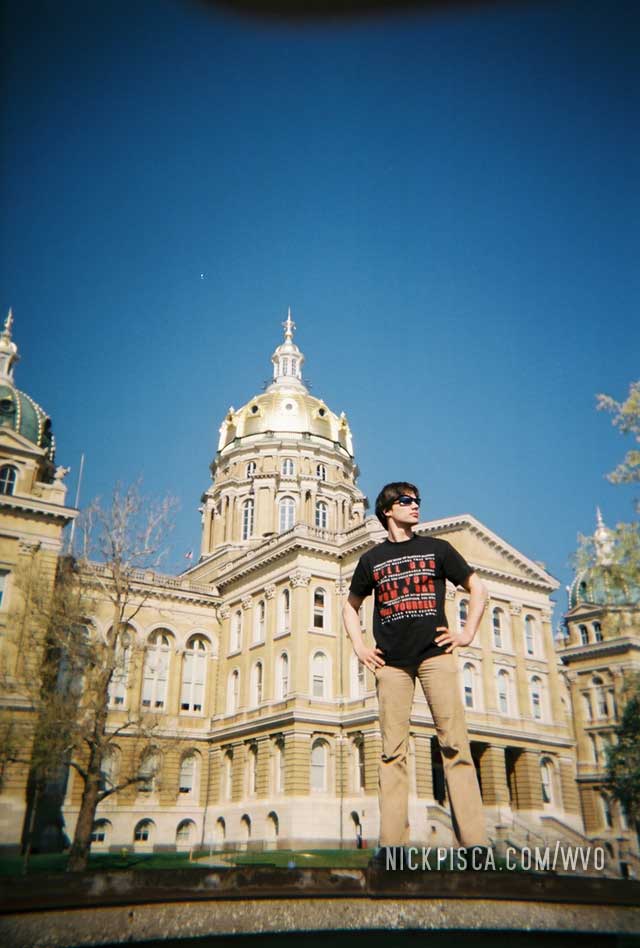 On the way to Nebraska…. 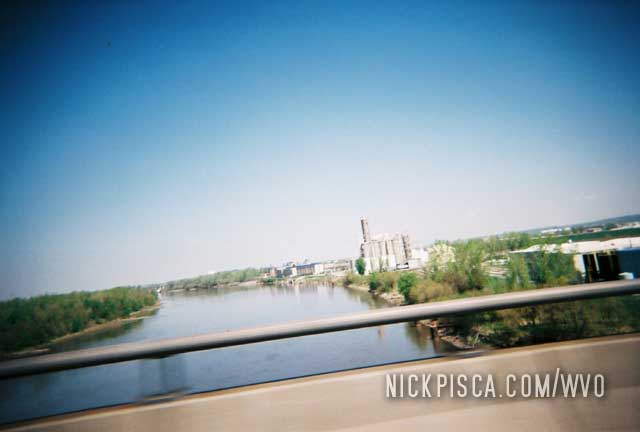