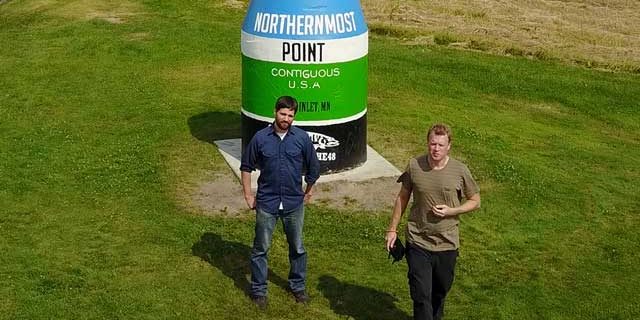 Northernmost Point of the Contiguous U.S.

So while we were waiting for our burgers to cook at Jerry’s, we walked over to the big marker designating the furthest point north on the continental United States.

The waitress later told us that technically this ain’t the northernmost point.  It’s further up the river near Harrison Creek.  She said we could charter a boat to see the dilapidated post marking the actual spot, but so few people wanted to undertake that trip that the state decided to move the marker down here by the rest of society.

So actually, this is more the “Northernmost Point of the Contiguous United States Accessible By Road.” 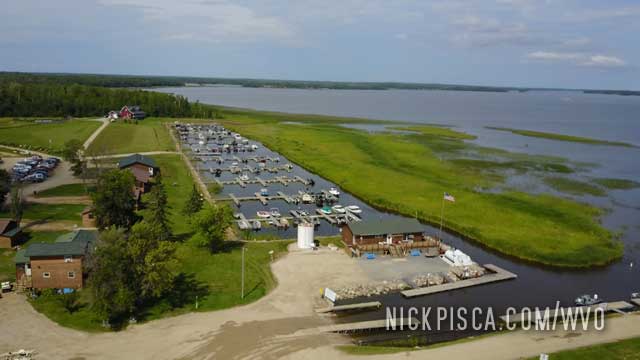 There is a small marina for all the fishermen.   Pretty neato.  We ate our burgers and got the heck out of dodge.  We hadn’t slept in 24 hours and we still had several hours of driving on gravel to make it to the THC and then more driving to the Peg.

The Northwest Angle has a really odd way of border protection.  Basically, anyone can just drive in and out of…

So we headed back on the road, drove passed the border station (again), and got to the Youngs Bay area.…

There is an ongoing massive sculptural project in the Black Hills of South Dakota.  It's the Crazy Horse Monument, and…