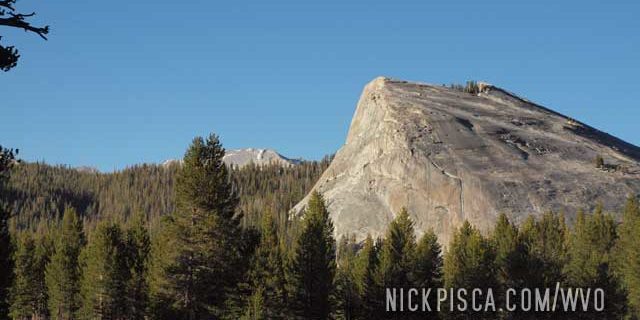 Driving on Highway 120 through Yosemite is actually a highly elevated and meandering.  We got up to almost 10,000 ft in altitude driving our way to El Capitan. 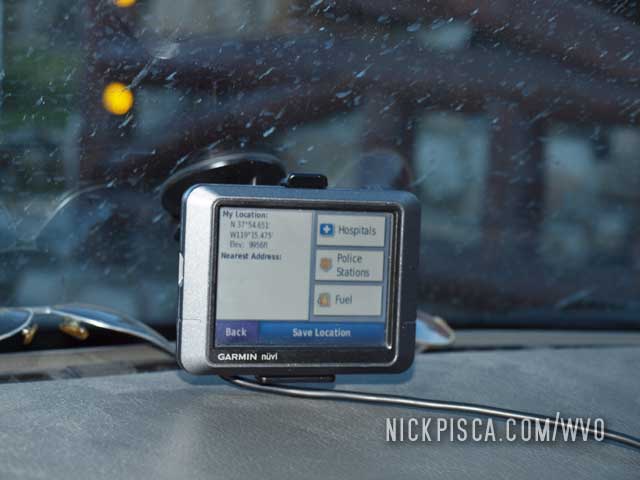 As we got closer to the center of the park, various mountains started poking through the blanket of evergreens. 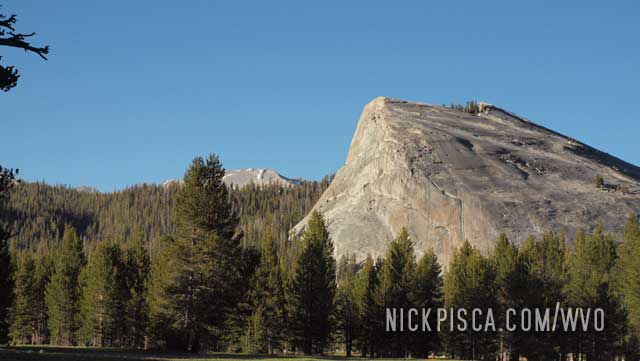 One of the major destinations in this already majestic national park is El Capitan and Half Dome.  While we were there, we walked up to the edge of the waterfall.  It was getting dark, but we figured there would be enough humans around to deter any animals.  We were dead wrong.  Half way there, we encountered a full sized grizzly eating berries.  Instead of playing dead or slowly walking away, Glenn took off, so I decided to run as well.  No sense in standing still at that point if Glenn caught his attention. Luckily, he was enamored with the fruit instead of our gelatinous bodies. 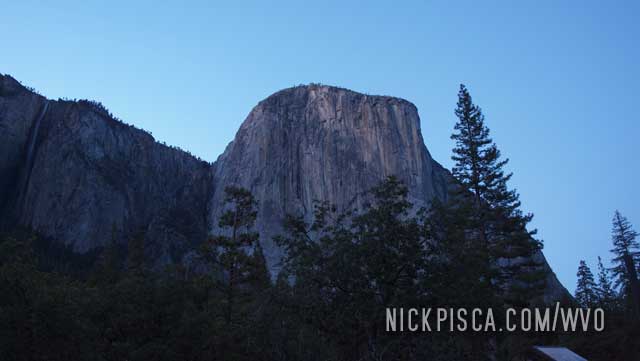 We returned to the car and grabbed the bear spray this time.

It got dark quick, so we snapped as many photos as we could and headed out of the mountains.  This would be the last stop on the 2010 WVO Roadtrip.  After this, we planned to drive the remaining stretch down I-5 to Los Angeles.

Crash on I-5 near Cajon Pass

Just our luck, we were trying to get home before sunrise after leaving Yosemite after sunset, and we got stuck…

The mountains up here are wild. And the bugs are horrendous.

Yay! Kicking off the 2011 WVO Roadtrip with a unique departure from Wisconsin.  This time, instead of driving to Thunder…