After a long morning drive, I was getting hungry and we needed to add some grease to the tank.  We pulled off at the Blairmore Tim Hortons for some grub. 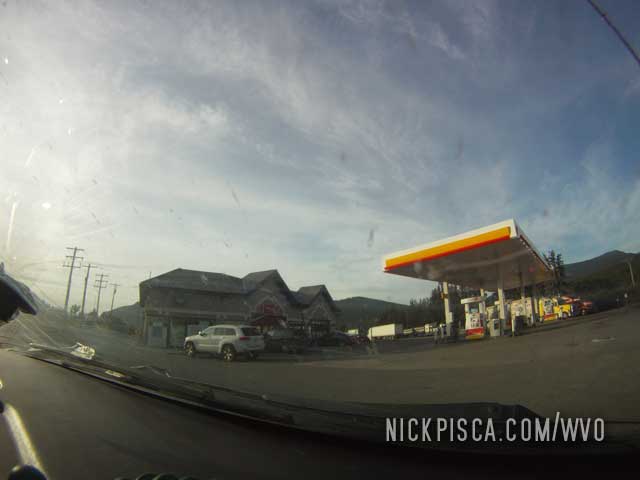 Glenn reluctantly woke up.  I don’t think he slept very well either.  We went into the Tim Hortons to find something to eat.  I had been all across Canada this year (in Toronto twice, Winnipeg, and all across Manitoba, Saskatchewan, and Alberta) and wanted to eat this infamous Belgian Waffle sandwich that everyone was raving about.  However, every time I went to the Tim Hortons, they were “out” of waffles.  To paraphrase Glenn Wienke, “GAWD DAMNIT!”

But like the time he pushed a small fawn in front of our minivan for our benefit, God wielded his divine hand and decided to bestow us the honor of indulging in the consumption of a Waffle sandwich.

It was actually pretty good.  Many Americans don’t know what a real Belgian Waffle tastes like.  You think you do, but until you go to Brussels and eat some of their amazing authentic waffles, you probably think they taste like those tall, dry, bland, brown waffles they serve up to drunk people at Denny’s.

Thankfully, Tim Hortons tried their best to make them taste like real Belgian Waffles, and the sandwich wasn’t too bad.  It wasn’t awesome either, but beggars can’t be choosers.  If you have to drive 2500 miles for a waffle, you have to take what you can get.

I cleaned up the windshield while doing my best rendition of Bub Bubs Bounce. 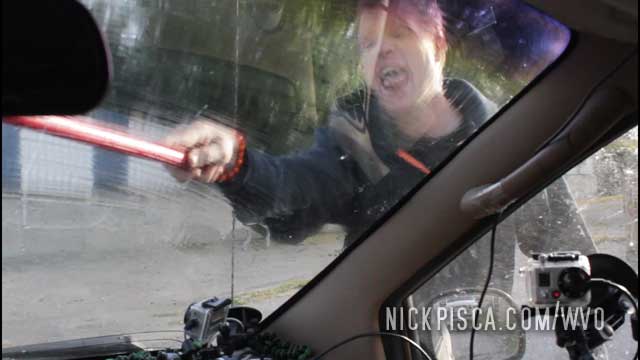 One the road, we saw a buttload of more deer in town.  The little bastards probably destroy everyone’s home gardens. 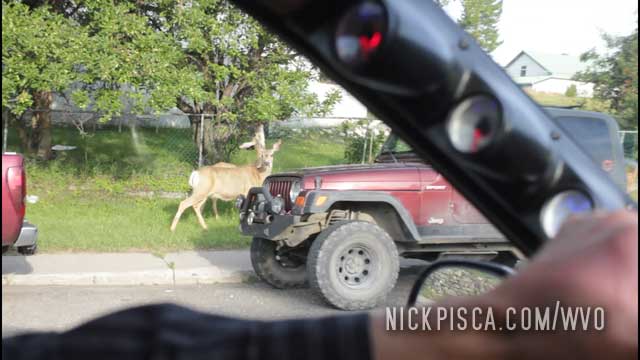 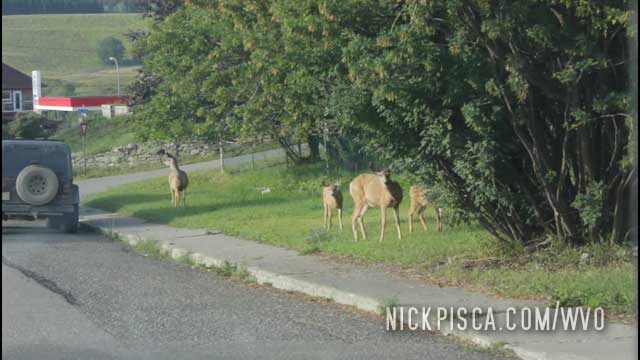 Mt Tecumseh on the Continental Divide

Heading up the Crowsnest Highway... Saw Mt Tecumseh on the right of the road.

People don't realize how expansive the plains provinces of Canada are.  It seems like ages to drive across them.  Americans…

It was a real treat driving around the Smokey Mountains.