Portland, Oregon. 184678 (est). 9am Thursday.
We needed to get an early start, but the trip has really drained us. We needed to get to Crater Lake and Redwood National before it got dark, and it would mean mainly 2-lane roads. I was driving, and after reviewing the map, I found what appeared to be a decent road that would shave off an hour. Here is the route we ended up taking.
Bad idea. We noticed a pattern with northwestern states and provinces: if people or maps refer to something at “scenic,” replace that word with “scary.” This road, which on the map appeared as a two-lane, was mostly a one-lane gravel route where portions were missing and large trees had fallen nearby. And for 60% of the journey, we skirted ravines that seemed to endless. There were so many hairpin turns that it took us an extra hour longer to get out of it. 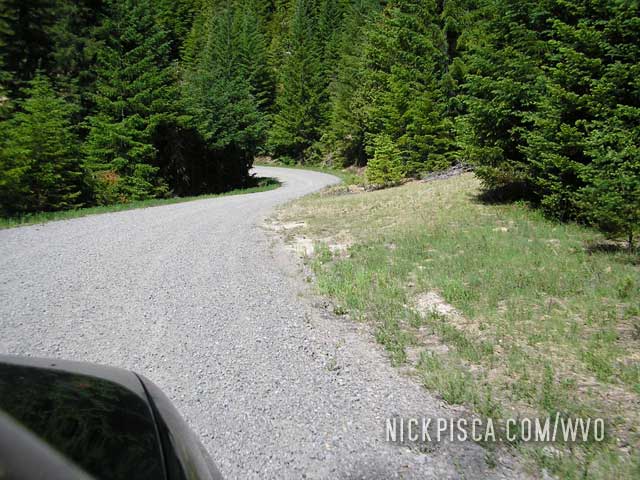 Also, since we were so far into the Oregon wilderness, we happened to stumble upon strolling Sasquatch. He didn’t seem to afraid of us, but eventually he scurried off into the woods. We only got one photo though. 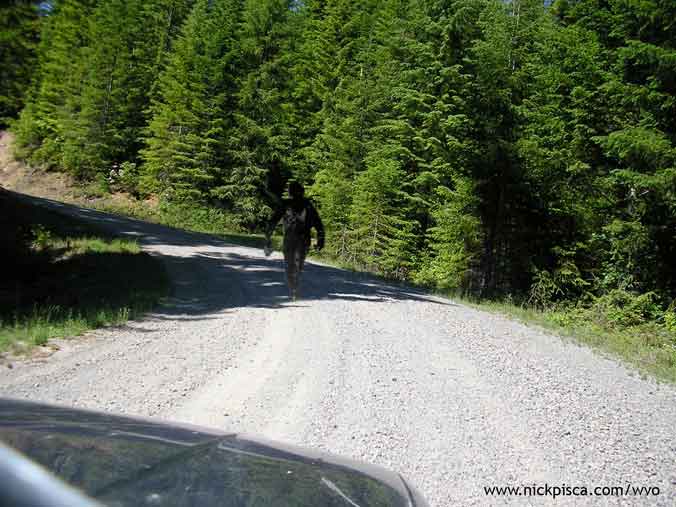 Crater Lake, Oregon. 185002. 1pm Thursday. Added 1 cube. There was still a decent amount of snow on the ground…