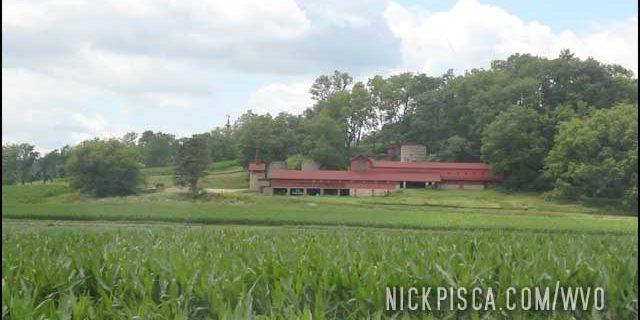 The Wisconsin River, north of Taliesin. 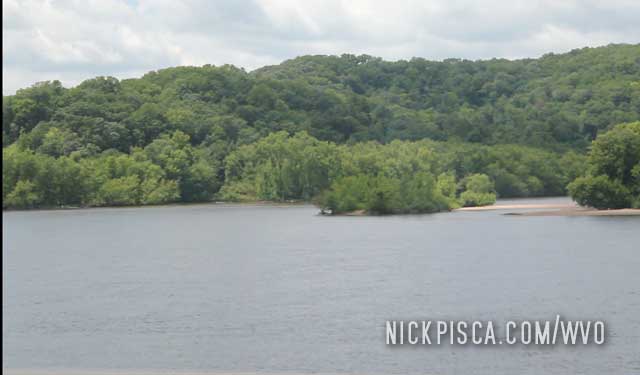 Like every good Frank Lloyd Wright fan should always do, they should stop by the FLW Visitors Center to clog their toilet. Usually it takes us tagteaming a bowl to get ‘er done, but this time Glenn went in and singlehandedly destroyed that bathroom.

After that, we proceeded to the Taliesin grounds.  By the time we got to the entrance, the guards wouldn’t let us in. They wanted Glenn to pay for the damage he caused.  I pleaded with the guards that Glenn has no money, but they didn’t care.  The janitor chimed in and said he had never seen such a smelly pile of feces and the toilet was permanently damaged.

We headed back to the van.  I told him I could lend him the money, but once he got behind the wheel of the Passat, he just drove off.  He stuck his head out the window and yelled, “Fuck you Franklyn Wright! See ya later, chumps!” 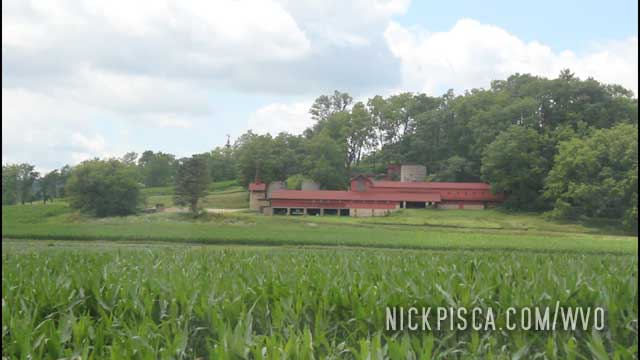 We drove down to Iowa to pick up the Frankenvan (a Chrysler minivan with a TDI engine in it.)

The "Drive In" Rootbeer Stand in Taylor Falls MN

Glenn couldn't resist. We were driving across Minnesota when we stumbled upon this rootbeer stand.  Glenn nearly creamed his jeans. …

It was getting close to lunch time, and we decided to check the map for a place to stretch our…