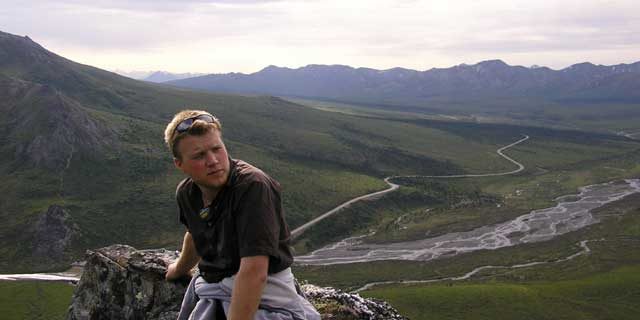 Denali National Park, Alaska. 181642. 11:30 am Friday.
Added .75 cubes. We wanted to spend a few hours at Denali to see the highest point in North America, Mount McKinley. We went to the Visitor’s Center and I asked if my 2008 parks pass would be accepted at the gate. They said it would work and that I wouldn’t need to purchase a “Private Vehicle” Pass. After a fifteen mile drive into the park, we get stopped a gate by a ranger. He said this is the farthest we could get into the park! Why would anyone pay $20 to drive only a fraction of the whole park? They stated that we would have to pay for a 6-hour bus ride to get closer to Mt. McKinley, or we could hike in.
We parked the ride and climbed the nearest moderate peak. Here is the path we took up the 5900-ft vertical. 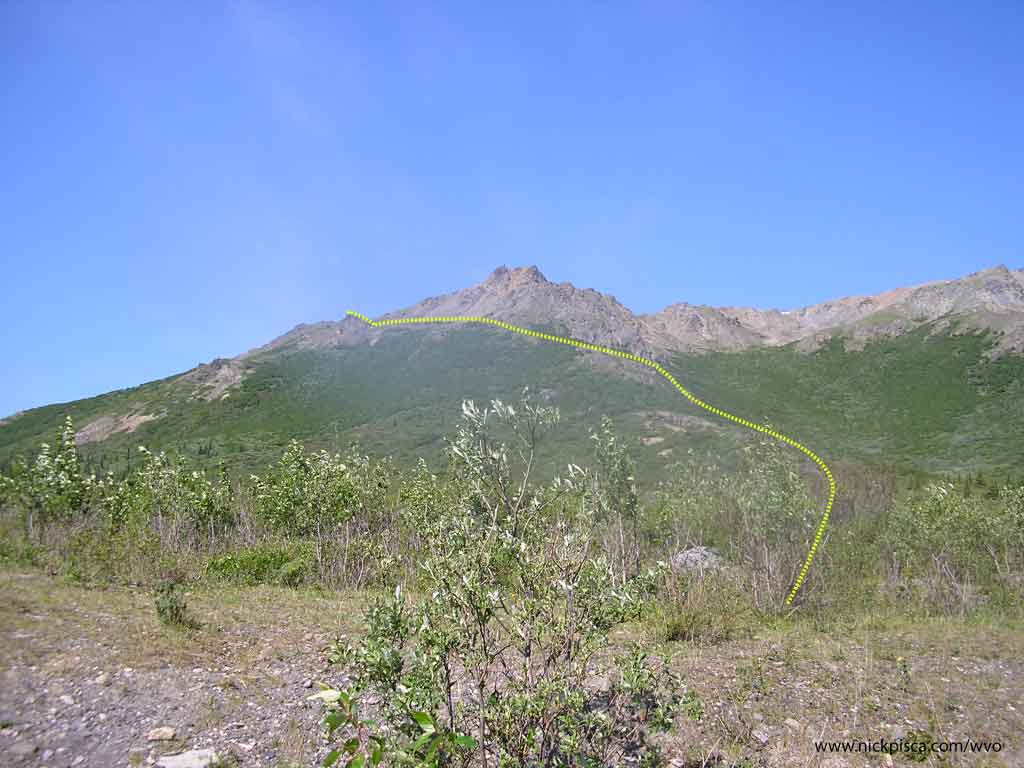 We made short work of the summit.  While hiking the ridge, we saw a massive grizzly in about 100 yards to the south.  It looked like a Volkswagen with fur.  I’ll never forget how the fir shimmered and tussled as he walked.  We brought our bear spray, but I doubt that massive bear would have been affected. 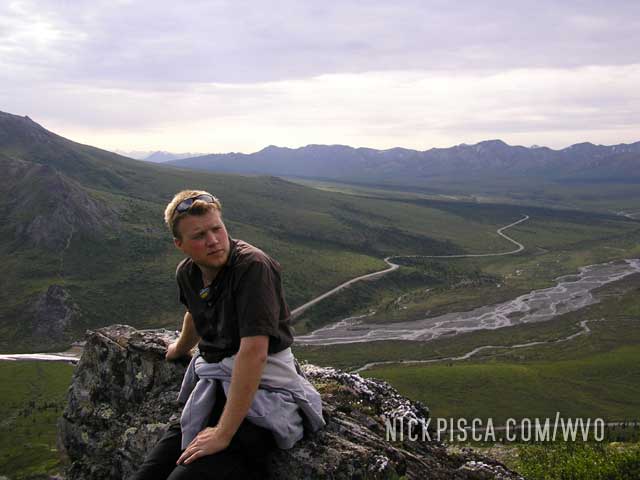 Here is a picture of the mountain from our elevated vantage point. 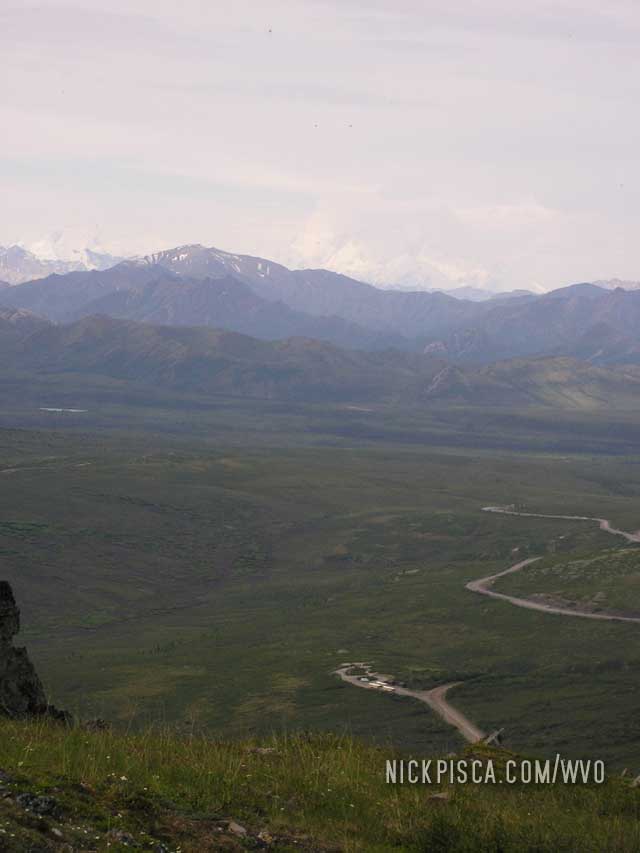 Time was running out.  We had to get back on the road quick to make it to Anchorage.

Anchorage, Alaska. 181790. 4:45pm Saturday. Added 1.25 cubes. We strolled into Anchorage mid-afternoon, but strangely it appeared that everyone was…

Hardy har har.  Someone on the ferry to St Barbe said that all the locals love to eat this crap…