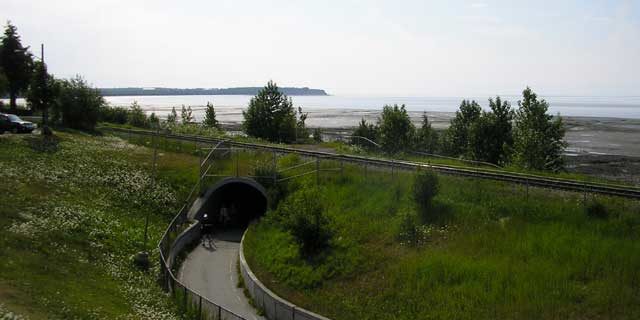 Anchorage, Alaska. 181790. 4:45pm Saturday.
Added 1.25 cubes. We strolled into Anchorage mid-afternoon, but strangely it appeared that everyone was driving north. Traffic was backed up for miles. 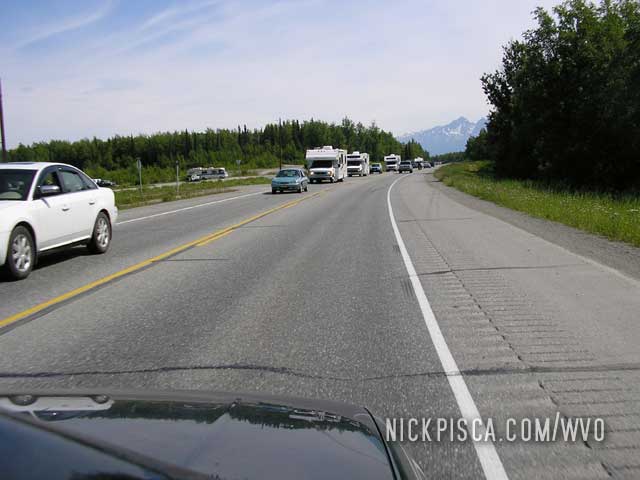 When we arrived into downtown, it was pretty empty. We found only a few restaurants open the fourth, and one nice restaurant (the Orso) served up some great King Crab and Salmon. There really isn’t much of a beach there, but we still went to check it out. 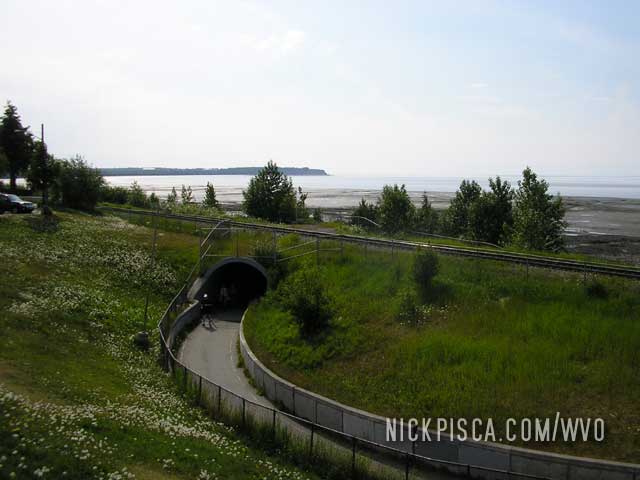 It happened to be the Fourth of July.  We assumed there would be a big city-wide Independence Day celebration, and several tourists (like ourselves) were wandering the oceanfront area looking for any indication of a fireworks display.  Then it dawned on us, there probably isn’t a fireworks show this far north.  It would be 1am before it could even be remotely dark enough to enjoy fireworks, and even then, it would be kind of defeating the purpose.

We stayed the night in Anchorage and left early for the Portage Glacier, 47 miles south. It appears to have been melted some, because images of this just a few years ago show it much farther down the mountain. We got close to some of the icebergs, but the glacier was out of reach.

We stayed the night in Anchorage and left early for the Portage Glacier, 47 miles south. It appears to have…

Now that we arrived in Hope, then that concluded the second-to-last portion of the THC that we hadn't driven yet. …