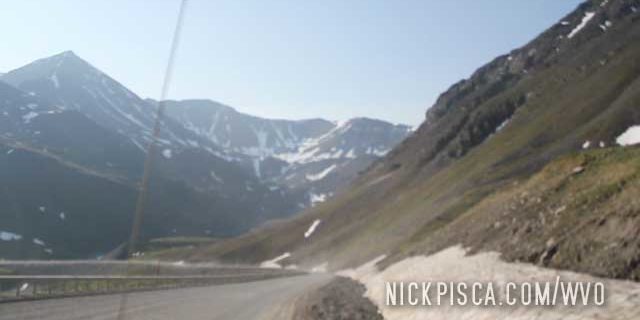 The trip up to Prudhoe Bay requires us to cross the Atigun Pass on the Dalton Hwy.  It’s not necessarily most difficult pass to traverse, but it is muddy, gravely, and steep.  The Dalton Hwy is not an easy drive; since this was a private road until the 90’s, they didn’t design this roadway to typical American interstate highway standards.  Instead of switch-backs and roads following the topography, they just cut a road that was the cheapest and fastest way up to the north side of the range.  There were several slopes that reached up to 10 and 12 degrees, so it was rather disconcerting. 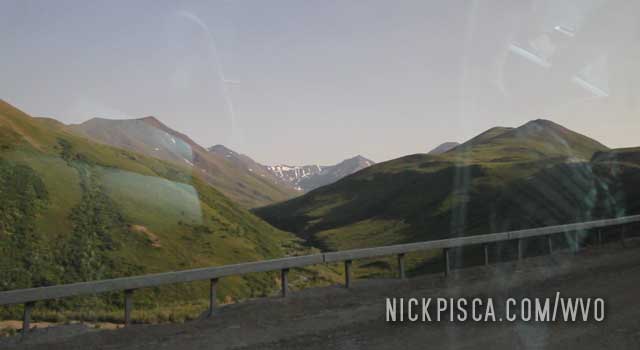 As we crossed the pass, the trees disappeared and there was snow everywhere.  I don’t recall the elevation, but I think it was around 5000 ft.  This was in late June and there was a massive heat wave in central Alaska, but still it was cold enough that we had to shut down the biofuel supply circuit (due to low engine temps).  We could have pulled over to block up the radiator (like it was winter), but we figured it was only a few dozen miles before we got to the lower elevations. 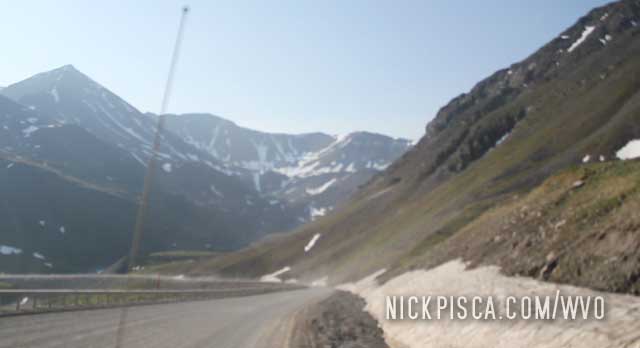 They recommend you take two full size spare tires when driving the Dalton Highway.  The roadway is comprised of broken…

Sukukpak Mountain, along the Dalton Highway north of Coldfoot.

Just by sheer chance, we pulled into this town Vegreville on some Polish or Ukrainian heritage festival.  There were lots…