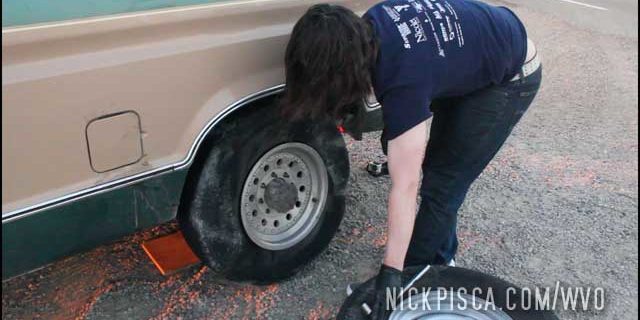 Another Flat Tire on the 2017 Trip

Just our luck, we got a second flat tire. 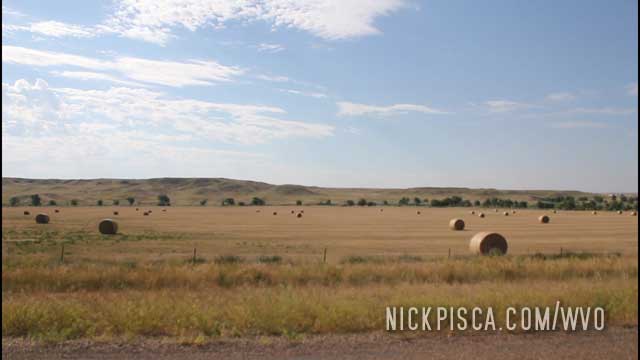 Driving south, we were hoping to make the border in the U.S. middle of the night. Everything was going according to plan.

On a completely standard road, the spare tire exploded.  It even damaged my rear fender, bending the metal up into the wheel well.  Great.  Just my luck. 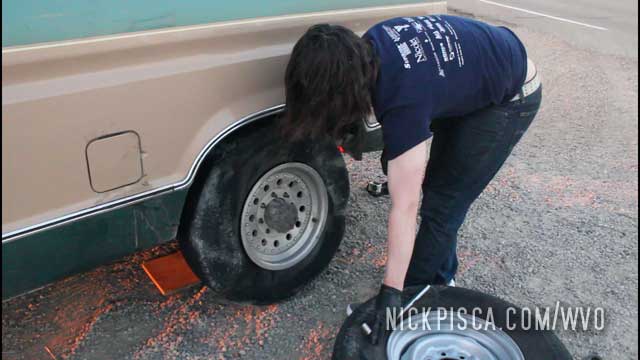 We put the two shredded tires on the top of the van and hoped we don’t have another flat.  We don’t have any more spares, and we have over 1500 miles to go. 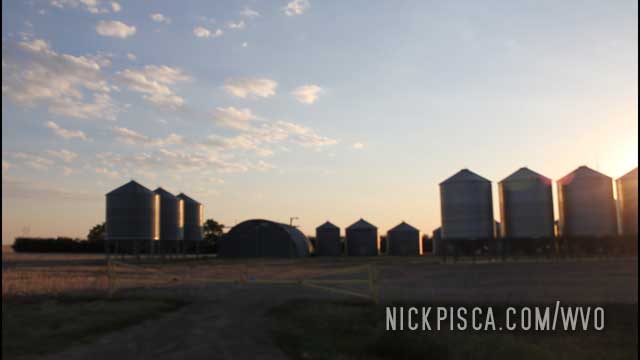 As the sun set on the Saskatchewan horizon, we approached the international border crossing.  The people at the North Battleford Western Expansion Museum assured us that our rural crossing would be open after 8pm.  As we drove up, we could tell that was totally wrong.  Since we had no where else to go, we parked the van at the empty station and slept in the vehicle until the agent arrived.

At 8am, the American crossing opened, and the guy was thankfully really decent about things.  We’ve crossed back into the U.S. in the passed and gotten hassled by pissy agents.  But the guy kind of took pity on us, noticing our shredded tires on the top of the van, listening to our stories about the oil pressure failing and the vacuum pump going to hell, and having gotten shitty advice on when the border was open, forcing us to sleep on the side of the road.  He told us to head to Malta for some decent American Ford service.

We had a swift visit to Swift Current Saskatchewan. After we drove around the city (it was too late in…

After driving throughout the night and staying up loading the van the night before, we needed to get some decent…