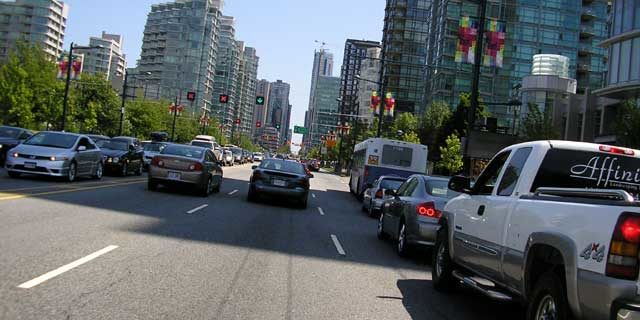 We dropped into Vancouver from a less-traveled route:  From the north.  Most people come from the US Border or from the THC.  But we cruised in from the mountains and the peaks, valleys, and rivers were really spectacular.

Vancouver, British Columbia. 184281 (est). 1:50pm Tuesday.
You’d be very surprised that you’d be entering a large metropolitan area when you get within a few miles of this city. There are many trees and it only opens up once you hit the main bridge to get on the island. We stopped off at the Capilano Suspension bridge which was something like 27 dollars to enter. Since we only had a few minutes (we want to be in Seattle by 5pm to hopefully get to Frybrid before store hours end) we convinced the staff to let us in for 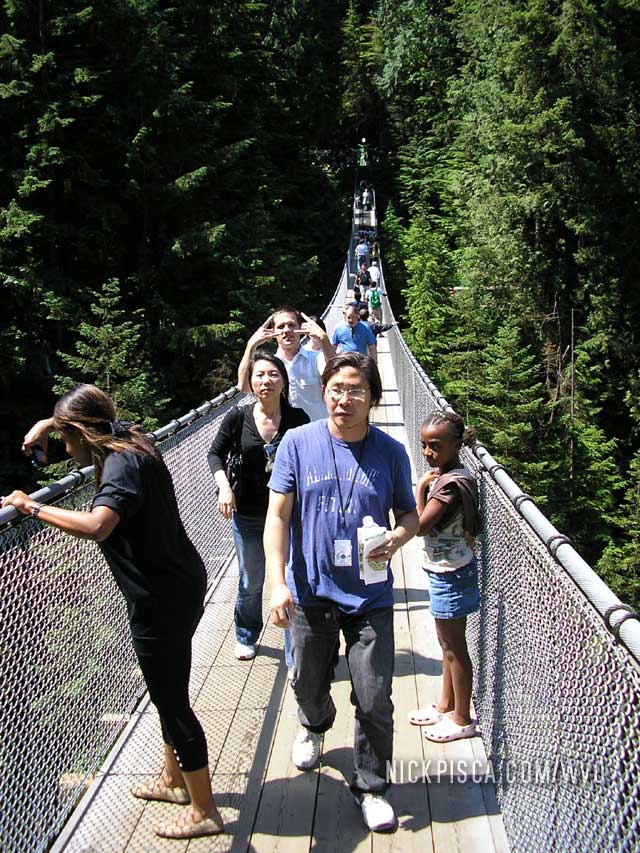 Then we drove into the city to check out the sights. 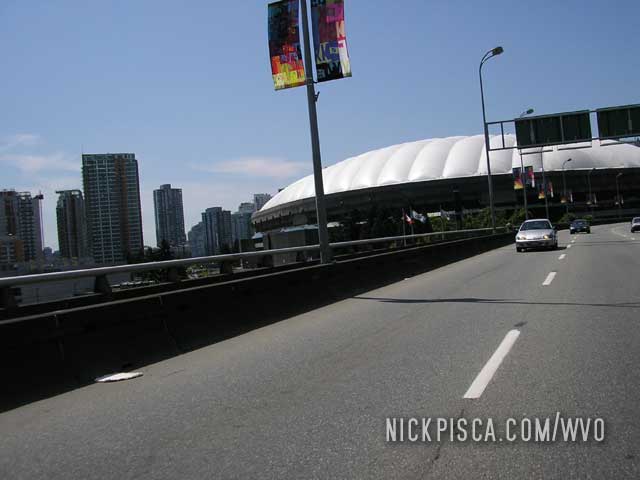 In the heart of downtown.

Heading down to Seattle to see Chris Goodwin and his famous Frybrid alternative fuel shop.