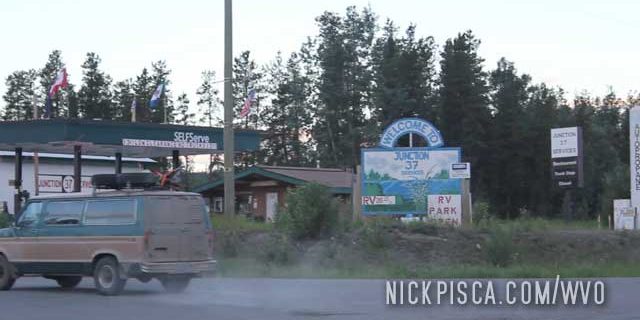 Start of the Cassair Highway

After we left Whitehorse, we made our way down the Alcan Highway to the Cassair Turnoff.  The Cassair Hwy is a roadway that runs parallel to the Alaska Highway, but is sparsely populated (relative to the Alcan) and has less services.  Not many take it, but it is an exceptional drive, leading a path through the Canadian Rockies.  It’s by far the best drive I’ve ever experienced. 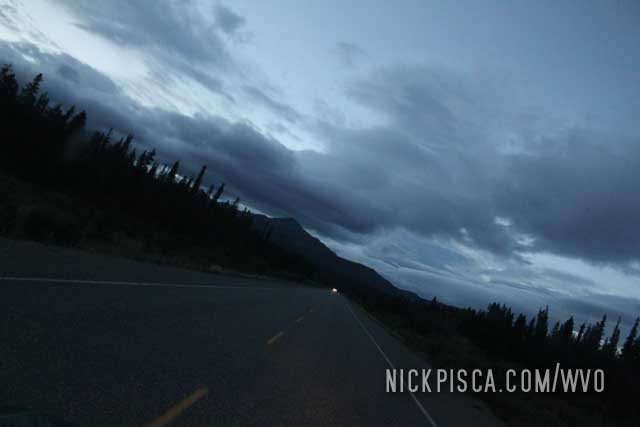 This was the first time we got to see nighttime in a week.  Since we hadn’t slept in a few days, we elected to pull off before the Cassair turnoff to rest for a few hours.  Before the trip, I told Glenn to NEVER use the e-brake.  It doesn’t turn off.  While we were resting in the van, I started sleeptalking, as I usually do.  I kept dreaming that we were rolling off the cliff, and needed to put the e-brake on.   Apparently, I was talking about it too.  Eventually Glenn, who was annoyed with me constantly waking him up, obliged my demand that we use the e-brake.

The next morning, we woke up and I got in the driver’s seat.  Furious, I asked Glenn why he put on the e-brake.  Astonished, Glenn explained my comments in the night.  Thankfully, the e-brake happened to release that particular time.

The Cassair turnoff is before Watson Lake.  We still drove down to Watson Lake to get a bite to eat at their diner, then returned to the Cassair to make the drive. 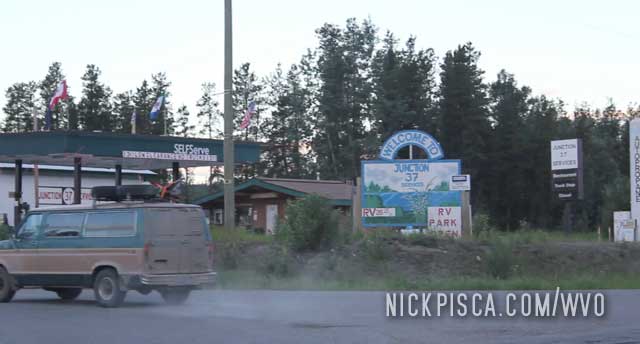 For most of the drive, we didn’t see a single soul.  Except for the U-Haul in front of us.  So odd that for thousands of miles, we didn’t see anyone, but then there is a commercial rental truck towing a car.   Wild. 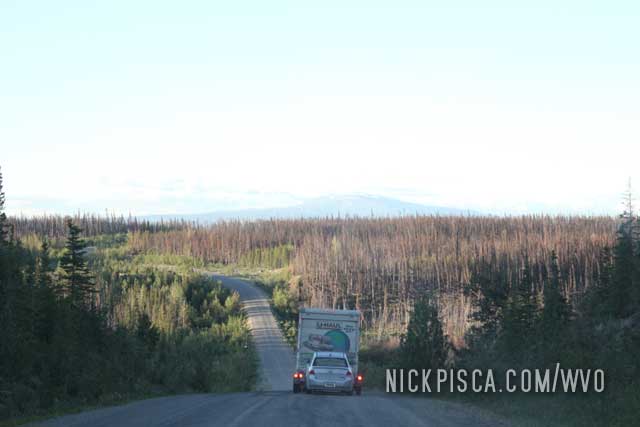 We've been to Whitehorse over six times now. It's one of our favorite towns on the planet. We visited Whitehorse…

We drove through the night, only to encounter massive fog all through Minnesota. This is deer country, so fog +…