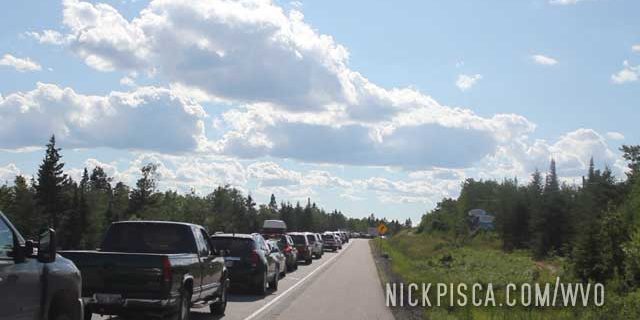 One of the downsides to having the “only road” in Canada, is if there is a problem, it’s catastrophic.  We were approaching Kenora, and hit some kind of logjam.  It was so bad, that we stopped for almost two hours.  People were getting out of their cars and walking around.  The radio said the hold would be for a while. 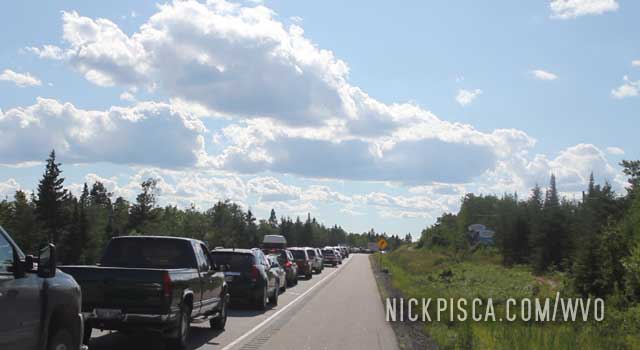 Eventually we started moving again, and headed toward The Peg.  Once you hit Manitoba, the scenery changes from forests to flat farmland, like in southern Illinois.  This is a typical grain elevator near Ste Anne MB. 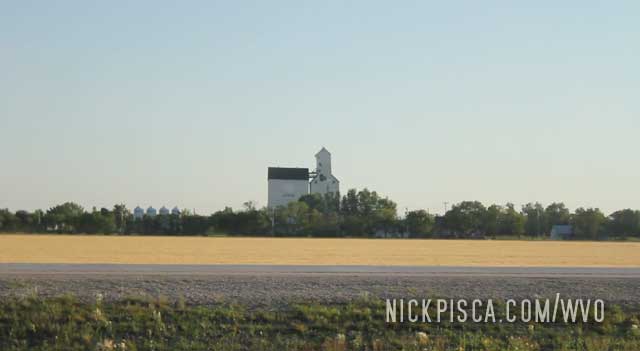 Winnipeg is swaddled in a blanket of farmland.  Unlike most American cities, Canadian cities have very little sprawl.  We've visited…

This town is the companion border city to International Falls Minnesota.  It's the gateway to western Ontario.  We've been to…

Surprisingly, there were a handful of people camped out at the wayside near the Arctic Circle sign. For the majority…