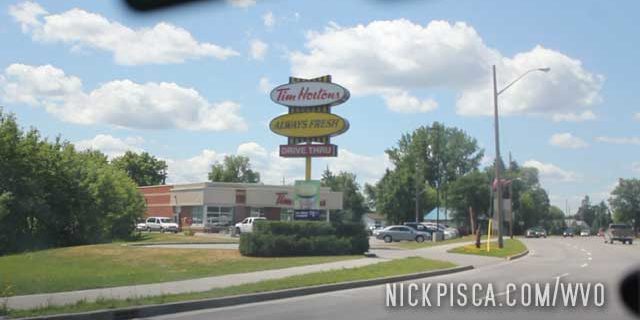 This town is the companion border city to International Falls Minnesota.  It’s the gateway to western Ontario.  We’ve been to Fort Francis twice: once in 2010 and once in 2012.  The 2010 trip had us coming up to Canada from Int’l Falls, and the 2012 had us coming from the east. 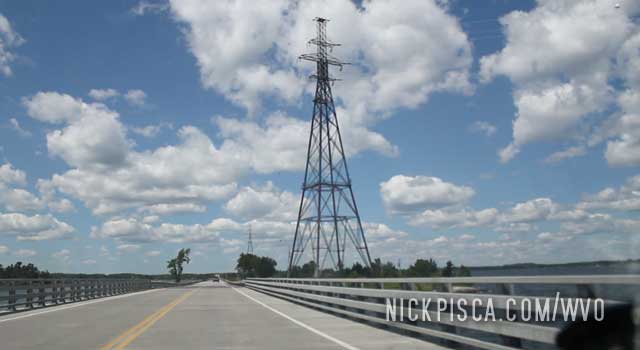 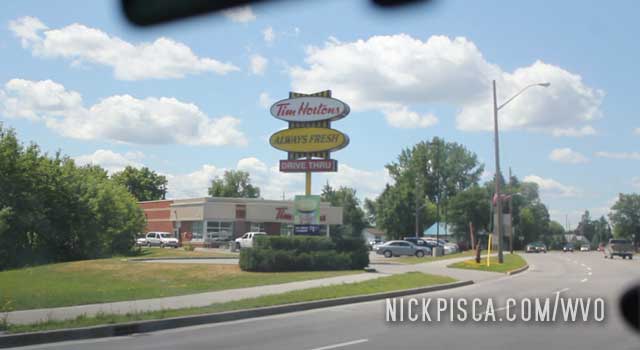 Here’s a lake near Nestor Falls Ontario.  There are thousands of lakes all across Ontario and very few lake houses or boats on the water.  If this were in central Wisconsin, there would be a hundred Flatlanders in their gasoline boats ruining the scenery. 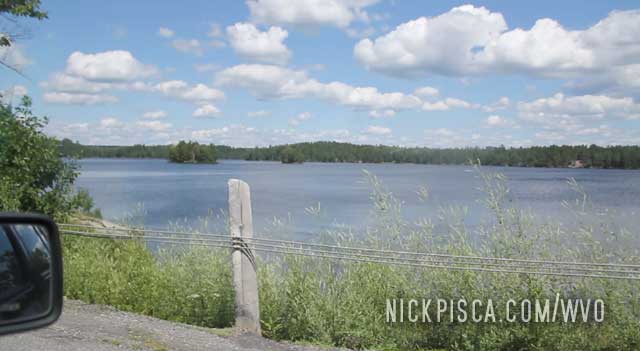 The 2010 trip allowed us more time to stop and see the Fort Francis sites, but we were on a schedule and had to keep on to Kenora.

Fort Francis, ON. 10:42pm Fri, 2010
Finally made it across the border. We got there at a reasonable hour in International Falls, and we thought it’d be a simple jump across the border like always. No way. Normally we get no problems with Canadian side of the crossing, but this time we got a full search of everything. They pretty much took out everything and searched it all. Except the veg. Crazy, they wasted so much time on trivial things like underwear and receipts, but left 17 cubes of grease completely unsearched. We had nothing worth searching anyway, but I would have thought the priorities would have been reversed. 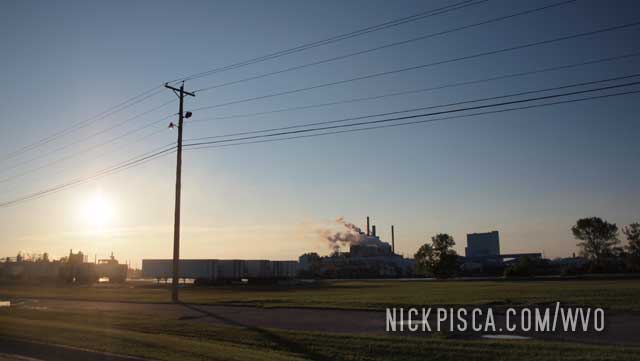 Added 1 5/8 cubes. We drove up from Fort Francis and were only a few kms from the turn off for the Trans-Canada Highway when a couple flagged us down. Turns out one of their cars had a flat tire. It looked like the stock jack they were using wasn’t cutting it, so we helped out with my hydraulic jack. Also, their dummy tire was a bit low on pressure, so we used my cigarette lighter pump.

We have been to Kakabeka Falls several times.  In fact, one of my earliest memories is visiting this waterfall as…

Broken Bumper on the Dempster

The Dempster is so bumpy, that it literally rattled our bumper off our van.  It rattled the Grade-8 mounting hardware…