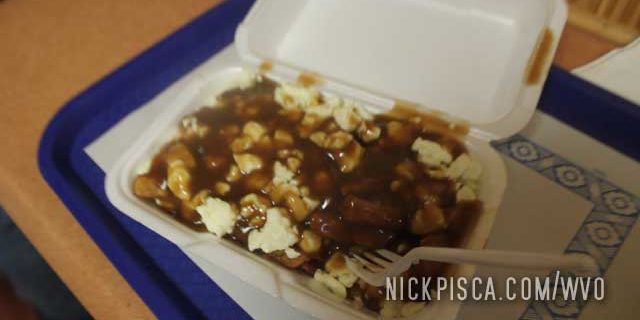 Ever since our first trip to Quebec in 2009, we have always sought out poutine.  It’s the best Canadian food ever.  Back in those days, I worked with a group of Quebecois that recommended I try the stuff out.  Ever since, we’ve been addicted.

Thankfully, the rest of Canada has caught on to this delicious food, and the more I travel around the continent, the more I find this treat on menus across the country.

I distinctly remember this particular meal, because of the circumstances.  We had been driving since our visit to Wemindji, and couldn’t find any decent food in the remote parts of northern Quebec.  As we pulled into St Felicien, it was approaching 10pm, which means most restaurants were already closed.

On the main drag, we could this small poutine stand with a tiny interior dining space.  They were cleaning up, so they probably didn’t want to see us pulling up.  I got to use some of my piss-poor French, and I asked for two entrees of poutine.  She said something, that I took as ” Want to eat inside or take it to go?”  I knew the words for “eat inside” and “to go” so I said we would eat inside.  She looked a little perturbed, but since she didn’t know English and I didn’t know French that well, she let us in.

After a short wait, this arrived.  YUM! 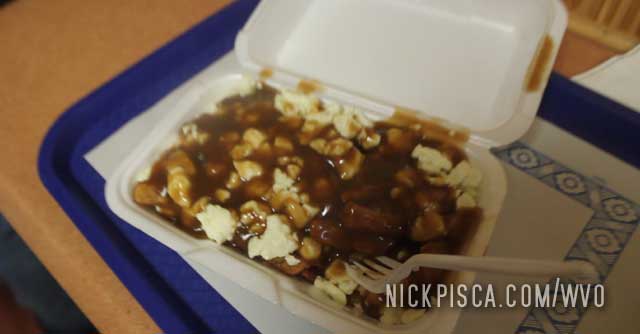 Only after we finished our meal and headed out on the road, did I re-review what the woman had said.  Then it dawned on my she was saying we “couldn’t eat inside because it’s close at 9pm, and it would have to be ‘to-go.'”  Ha!  I just picked up on the words I knew and tried to piece it together from my experiences in Paris.  We ate pretty fast, so I hope we weren’t too much of a burden.

We continued on passed Saguenay to the St Lawrence Seaway. 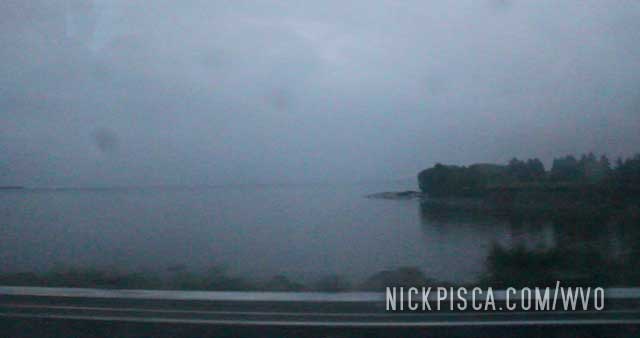 This was getting to be a long drive.  The last place we had a hotel room was Thunder Bay, and…

Northern Quebec sure is a perdy place.  Seemed like around every corner, there was a rainbow or sunset or forest…

After a one-year hiatus due to the Covids, we returned to WVO roadtrippin' in 2021!  It was a short trip…