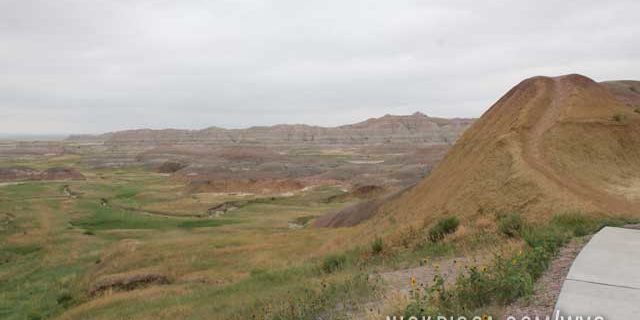 We’ve been to the Badlands on several of these trips.  It’s one of the quintessential national parks in the western United States.  It’s a must stop if you are cruising the I-90.

We stopped here in 2013, 2015, and we even stopped here in 2004 before we even got started with the biofuel fun.  Eons ago, back when I was a tiny lad, I stopped here with my family on my first westward road trip in 1993. It was places like this that inspired me to be a traveler.

In 2013, we pulled over here on the Badlands Scenic Drive, because my 2-year-old got car sick.  We just ate at the Badlands diner at the entrance, and then took the curvy and windy road amongst the hills.  I guess it was too much for the little girl, and she blew chunks.  Just by coincidence, I was in the back of the van with her playing a game, and I had the “fortune” of being able to catch the vomit in my hand and throw it out the window.  Not my idea of a fun day, but at least we didn’t to wash puke out of the carpet. 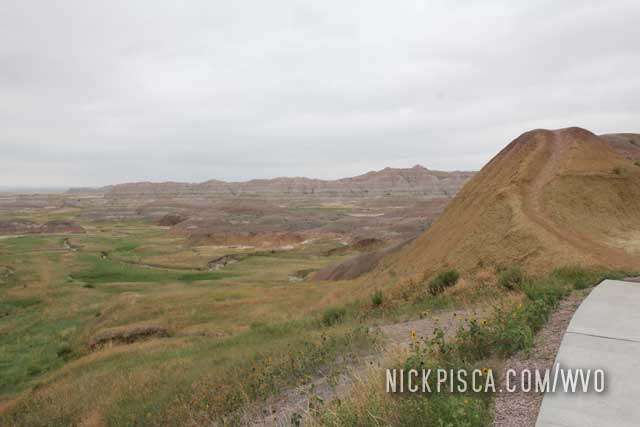 It rained later that day, so most of the chunks got washed off on the road.  Memorable times….

We were on the epic 2021 convoy roadtrip with our California family, we stopped through the Badlands again. 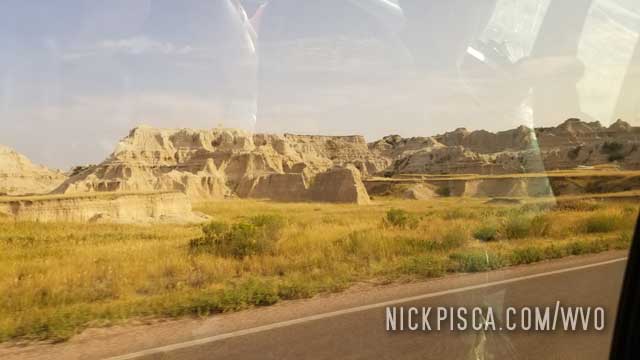 It was already after 5pm, so all the museums, gift shops, and sites were closed up.  We did get to drive the main road, and stop off at a few places to climb up and around the formations. 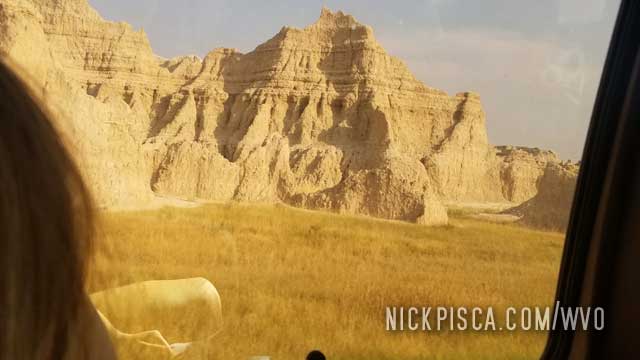 The kids decided to be the camera-guys on this venture. 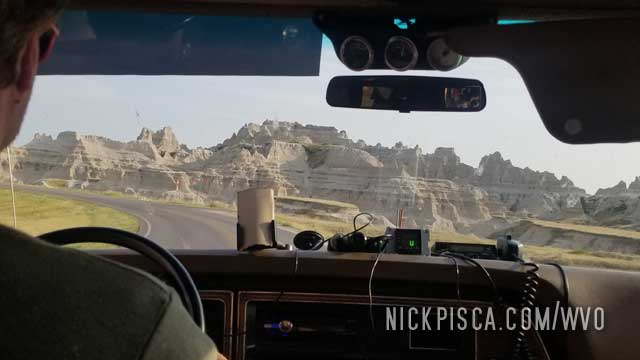 Eventually, I had to pull over and fill up the old grease tank.  We inspected the trans leak, and it appeared to be ok.  There was still a drip, but it seemed to stop when idling.  Hard to tell if it was draining while at highway speeds. 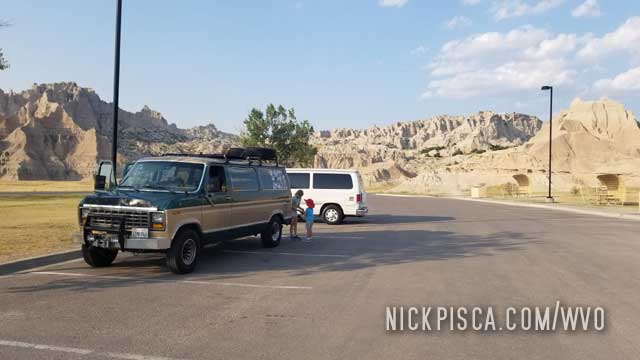 On to Rapids City to find the hotel.