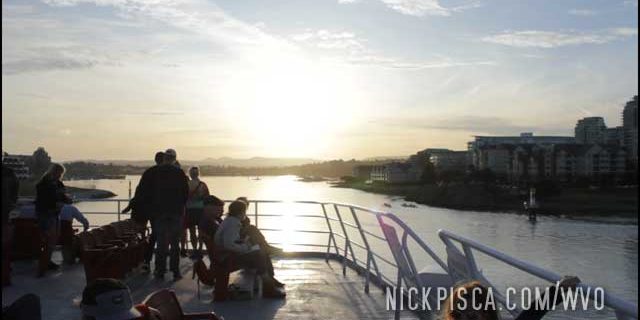 The ferry from Victoria to Port Angeles is an international crossing, so there is a bunch of security.  They recommend you show up 90 minutes early to the dock, but I’d recommend getting there even earlier.  There was a large line after us, so we lucked out by getting there early.

We parked our van in the array of lines, and left the waiting lot to wander around the shoreline and parks nearby.  By the time we got back, they had border agents searching all the cars for illegal stuff.

Eventually we parked the van on the ferry and found a seat up on the top deck. 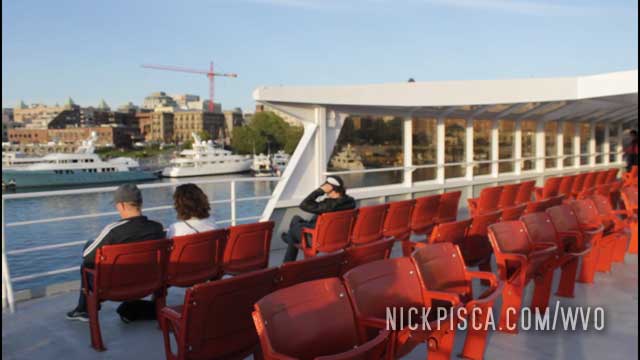 The tall ferry proved to be a great vantage point to view all the oddities of Victoria.  So many marine options.  Even these hilarious water-taxis. 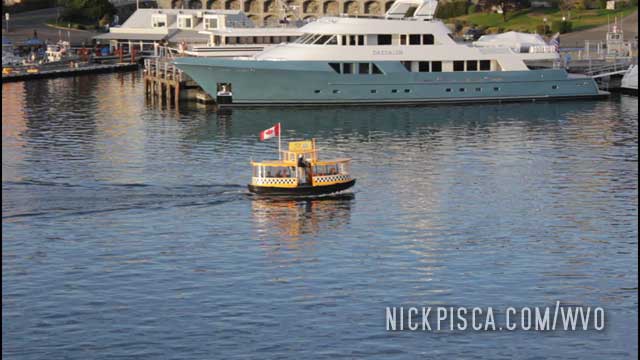 Heading out on the open sea. 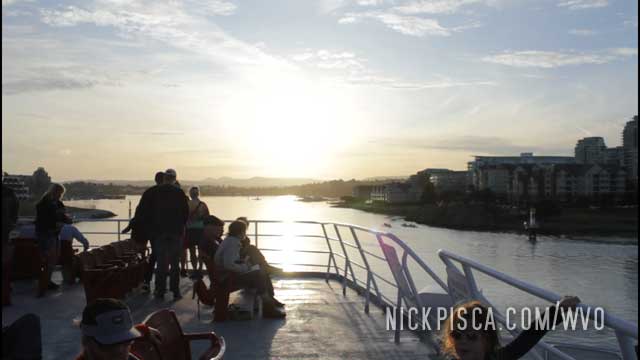 See ya next year Canada. 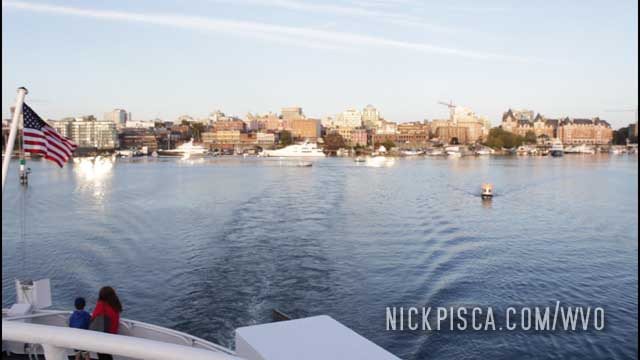 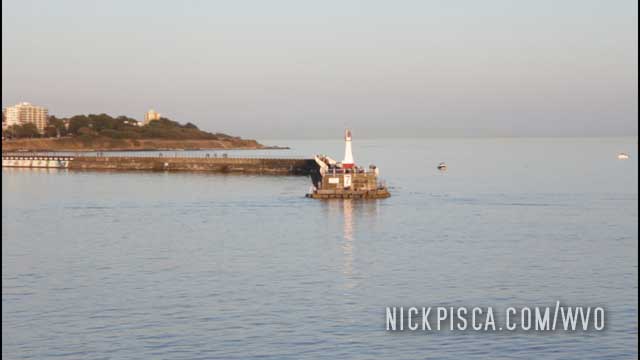 Sunset over the mountains of southern Vancouver Island. 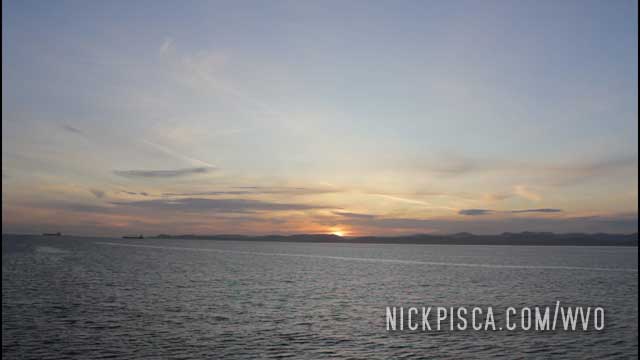 Heading toward Washington state.  We reserved a motel in the northwest part of the state, since we plan to drive the coast down to Los Angeles.  What I didn’t expect was all the mountains on this side of the state. They are massive!  It’s going to take us ages to drive the 60 miles to our motel. 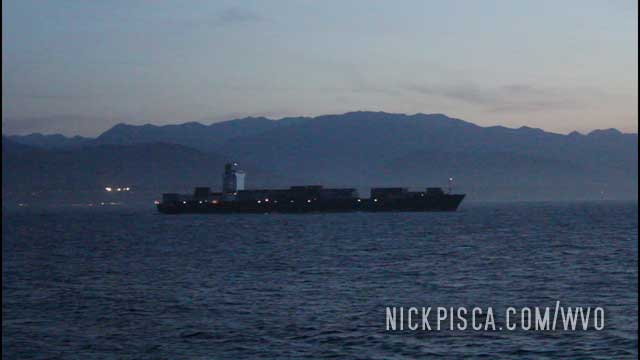 Getting dark as we approached Port Angeles.  Almost back to the USA. 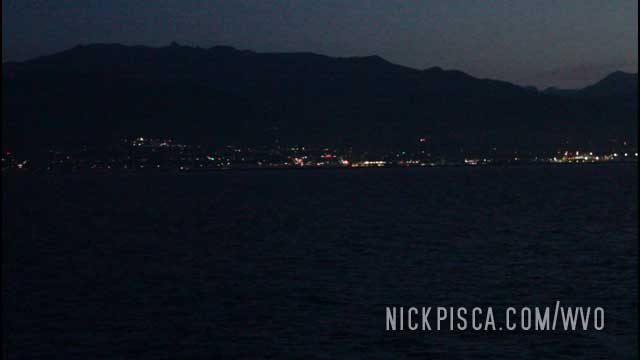 Hung out on the deck until the end.  It was cold AF.  Good thing I brought my sweatshirt and windbreaker.  Circa 1992. 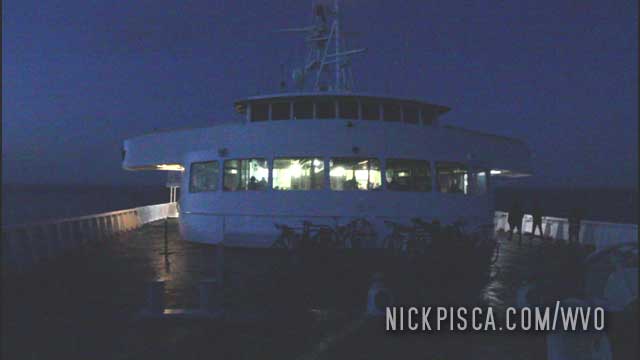 We were parked on the last possible spot on this darn ferry, so were literally the last to get off again.  Just our luck.  We were hoping to get a head start on the drive through the winding roads along the coast and mountains to Seiku. 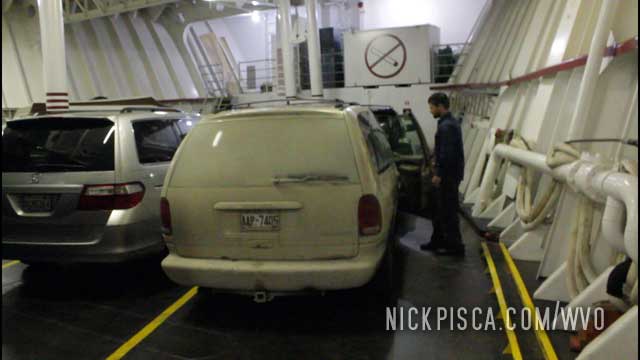