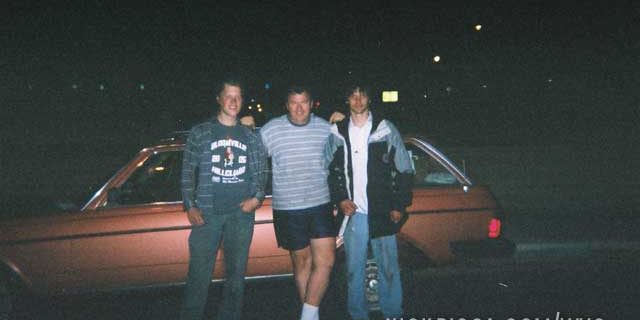 Things were looking up for us.  The engine was running great on VO, the axles were replaced, the suspension is maintaining its height and we have one third of our original VO cubies left. 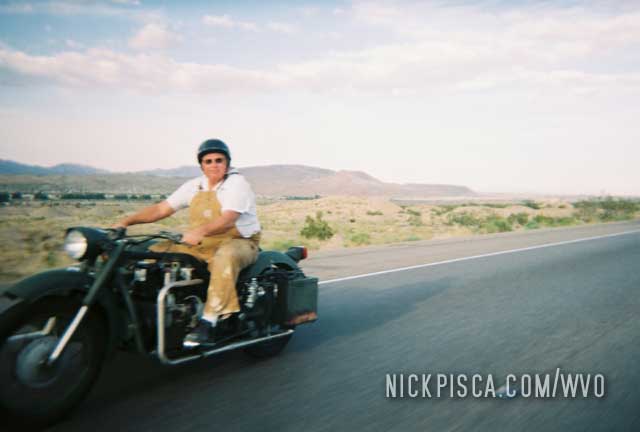 It was quite a relief to approach Jeff’s neighborhood and finally park across from his residence.  He had an appointment across town so we hung out by the until he arrived. His wife invited us in, but we found that the rear hatch won’t open.  This is imperative, because we would have no means of refueling the VO Tank. I unloaded the car (again) and Glenn climbed into the back to forcefully kick the door up.  Lisa, Jeff’s wife, discovered some WD-40 and, since we’ve been repairing everything already on this car, the door was somewhat of a minor adjustment. 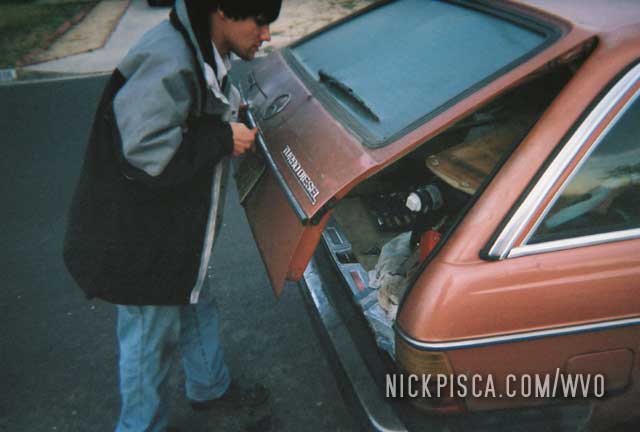 Directly after we reassembled the back hatch, Jeff approached in his VW TDI.  He provided us with over a dozen cubies of filtered VO, enough to finish the entire trip back to Wisconsin!  As I loaded up the wagon, Glenn and Jeff discussed their VO setups and brainstormed some fixes for the lack of “temp” that we encountered for the majority of our journey.  jeff stated that he couldn’t really see any way to improve the heating of our current system and the entire assembly is fully insulated.

For some reason we didn’t let Jeff fill our tank with his veg.  We had only sixty miles back to my place in West Los Angeles so we ran it on diesel.  The temperature outside was chilly since we were approaching the coast and the sun had completely set. 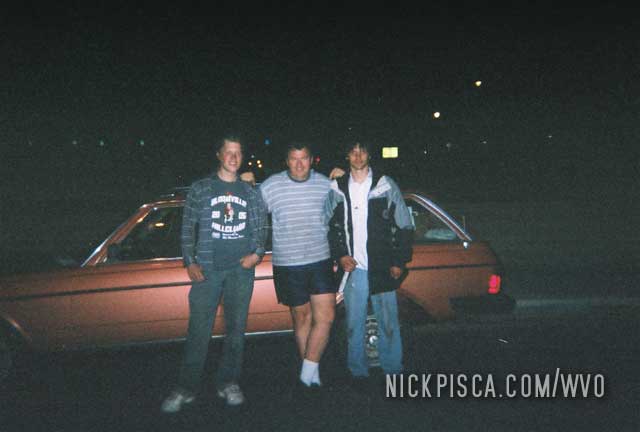 8:30pm GN Wednesday  475 Trip Meter Reading. Something was wrong with the oil we got from Jeff.  We pulled off…