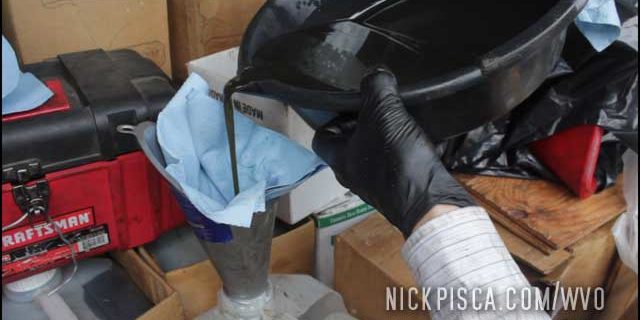 On our southbound trip in 2018, we had a transmission problem that forced us to limp the van back to Fort Nelson for repairs. 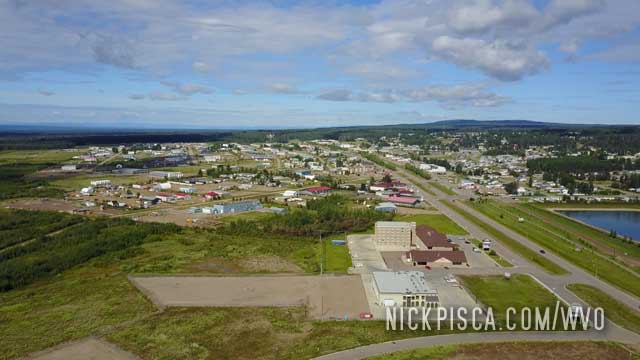 We got into Fort Nelson in the middle of the night.  Since it’s not very safe to drive at night on the Alaska Hwy, we found a section of road on the south side of town to park and rest until sunrise.  When the sun risen, we fixed the windshield and took some drone shots of the city from the side of the town. Then we filled up the tank and headed south, hoping to make it to southern Alberta by the next day.

However, about 80 miles south of Fort Nelson, we started getting overdrive surging as we slowed the van down.  Eventually, it started surging all the time.  We turned off the GVOD and hoped to find a spot where we could fix it on the side of the road.  Perhaps the fluid was low or a wire is loose.  We didn’t know.

Gearvender overdrives are finicky items. We needed to find a wayside that would allow us to drive up and out without reverse.  If the GVOD binds, it won’d allow reverse, so we had to wait for the perfect turnout.  Eventually, we found a two-exit turnout on the side of the road.  We parked the van and chocked the wheels, just in case the overdrive slips.

We checked the OD.  Bad news.  The tailshaft seal had been compressed (by the driveshaft pounding the anus of the tailshaft) on the 800-mile washboard trip on the Dempster.  That constant tapping wore the seal and it allowed most of the GVOD oil to leak out.

We drained the OD to assess the existing oil.  It was dirty and low.  We collected every ounce we could and tried to crudely filter it. 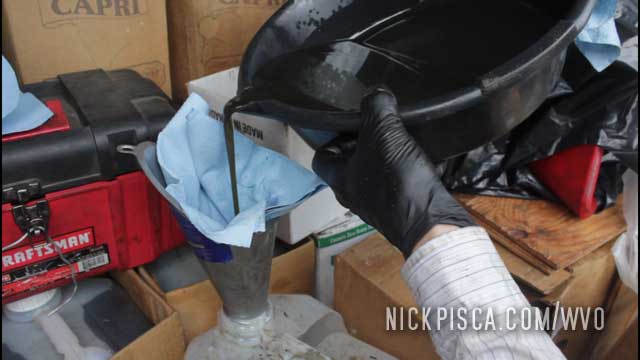 I always pack extra gear oil and a spare tailshaft seal, but this is a job that will take a lot of finesse.  That means working on it in a place that isn’t gravel and bear country.  We replaced the filtered oil and used the rest of our synthetic Lucas oil just to get it back to Fort Nelson.  We booked a hotel and got all the extra supplies would could get before the night arrived. 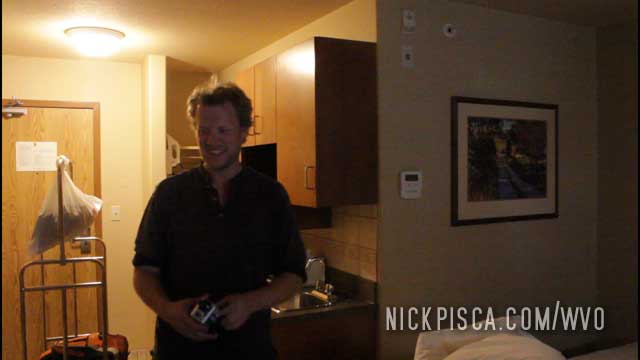 The next morning we replaced the tailshaft seal and glow plug fusable links.  Also, we found the grounding out that occurred on the GP wires, and put new insulation on those wires as well.

Since we couldn’t find Lucas oil (Gearvender INSISTS on Lucas oil, even though if you read their instructions from the 80’s, it just calls for non-slip oil), we found some NAPA-brand oil that claimed to be non-slip.  Or maybe it was limited slip… IDK.  I gotta find that documentation.

We bought all the oil we could find, just in case we ended up having another GVOD problem later on the journey.  In hindsight, we were extremely fortunate we broke down where we did.  If we had broke down just 12 hours earlier, we would have been stuck right in that stretch of the Alaska highway where there were three dozen bears in 50 miles.