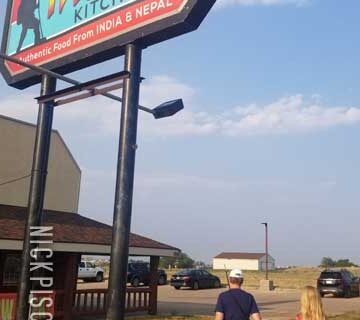 Well, we got to our hotel in Rapids City, spent the night, and left in the morning for different locations.  I was concerned about my transmission fluid, so I didn’t want to go to Mount Rushmore like the other family wanted to do.  They also wanted to go up to Devil’s Tower, but since I’ve been to both of those places about 6 times now, I just wanted to keep my van on the main highways until I knew this trans issue was ok.

Turns out my plan was the right course of action, because while driving across Wyoming, my trans started slipping in Gillette.  I pulled off in an abandoned lot, and it was shot.  I limped the van over to a nearby hotel, dropped off the family, and limped it over to a nearby shop.  Gotta give credit to Northwest Auto Repair shop, who not only got my van that day, but finished the repair in just one day (turned out to be a front main seal on the C6 that went out).

So we were stuck in the town of Gillette for a few days.  Not the worst thing, because this town has a few things to do, and it’s small enough to get around town by walking.  Not a problem, because our friends heard about our predicament, and they wrapped up their visit to Devil’s Tower to spend more time with us.  Nice.

We reunited at this Indian restaurant.  This was a real treat.  I love Indian food, but it’s hard to find any ethnic food in the flyover country.  This place was right next to our house, and we went over to get a good meal for once. 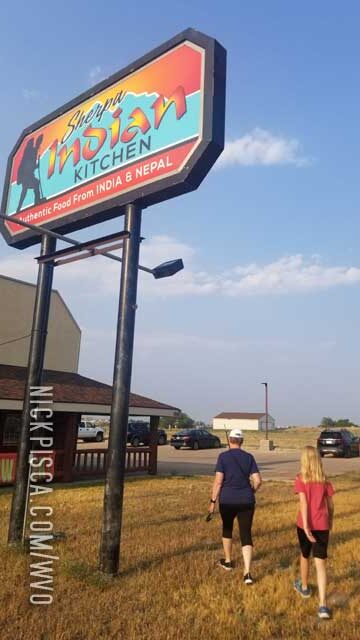 The naan was amazing. 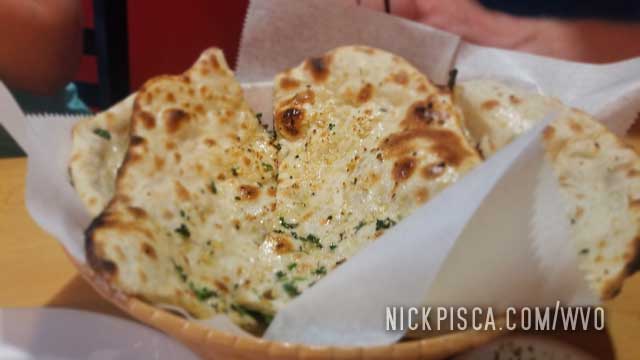 Pretty much all the food was amazing.  I don’t think the people in Gillette realize just how good that food is in their own town.  And it should have lines out the door. 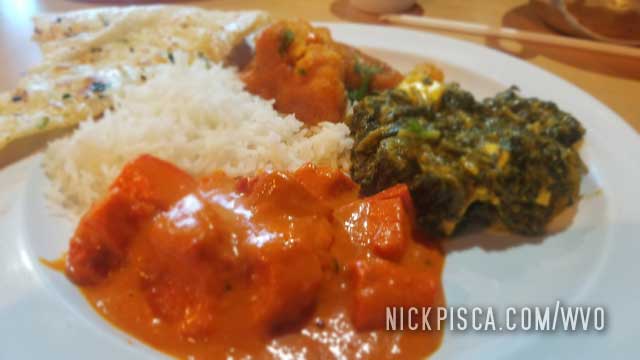 Now that we have both families here in Gillette for the two days, we decided to make the best of it.  Eating good food and visiting the museums here in Gillette until the van is repaired.  I’m sure Glenn could’ve dropped the trans on his belly and swapped out that main seal with his pinky finger, but since we had a bunch of family around, it was just easier to have the guys at Northwest do it.  And they gave a very reasonable price.

The Corn Palace is a tourist trap in the middle of nowhere South Dakota.   It's one of those things that…

The Dempster is hardly a highway. It's basically a 1- or 2-lane gravel road that goes on for hundreds of…