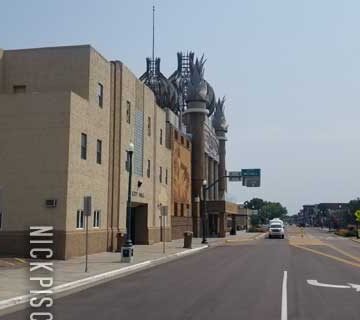 The Corn Palace is a tourist trap in the middle of nowhere South Dakota.   It’s one of those things that I’ve visited on several roadtrips (1993, 2003, 2000’s, 2016, etc) because it’s there.  I recall being a 12 year old kid, on the tour of the facility, calling out the docent on how the structure isn’t made of corn.  But the truth is, the facade is, and that’s just ok, I guess. 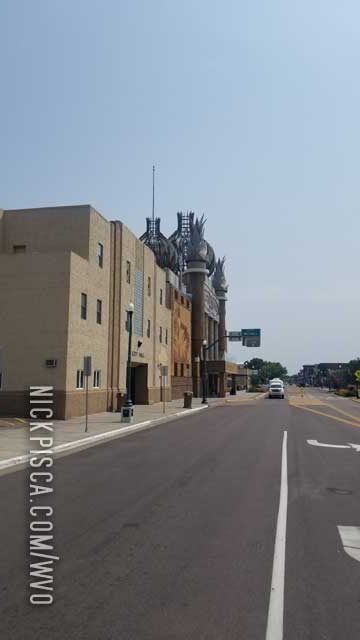 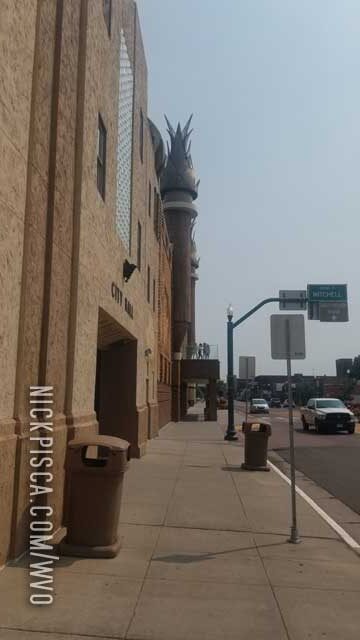 We stopped here to let the kids out and I drove my van to a nearby shop.  One of my tires got out of balance on the drive, and it was really vibrating.  They sold me a few new tires to make up for the blown tire from the other day and the new unbalanced tire that just occured.  After a tour of the Palace museum and got some BBQ lunch, the tires were done and we’re ready to roll to Rapids City.

Well, we got to our hotel in Rapids City, spent the night, and left in the morning for different locations. …

BACK TO THE CONVOY, ACROSS THE USA!!! We met up with our travel companions this morning at the good ol'…