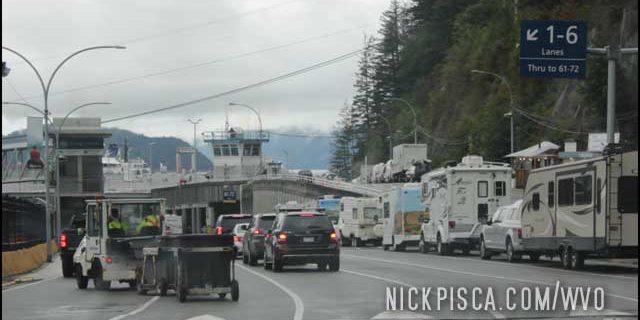 Horseshoe Bay and the Ferry to Vancouver Island

Through a strange twist of fate, while we were in Cache Creek waiting in line to see if our motel had vacancy, we ran into a guy who was from Vancouver Island.  Since we had zero experience taking the Vancouver ferries, we asked him about how bad it would be to just show up without a reservation.  He said not to worry and it’ll be fine on a weekday.

So thanks Mr Stranger, we’ll just go with his advice. 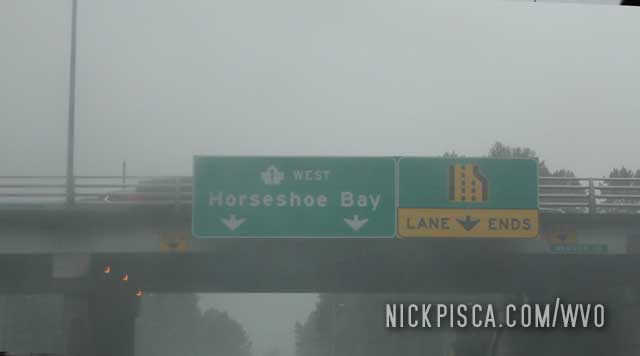 As we cruised north of Vancouver to Horseshoe Bay, the rain started to die off. 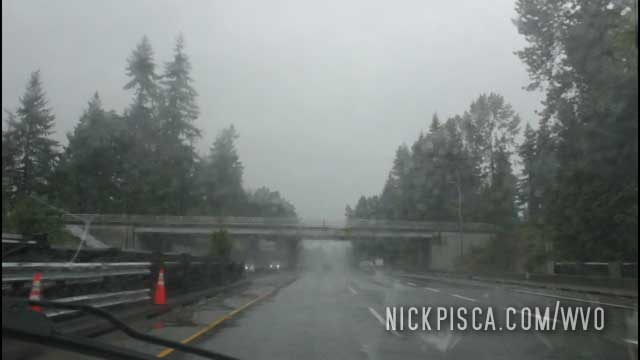 Our particular ferry is going to the Nanaimo port on Vancouver Island, and it’s considered “part” of the THC. 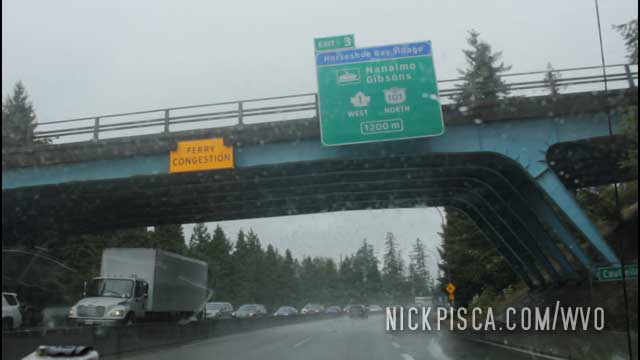 Horseshoe Bay is situated on the base of the mountains north of town. 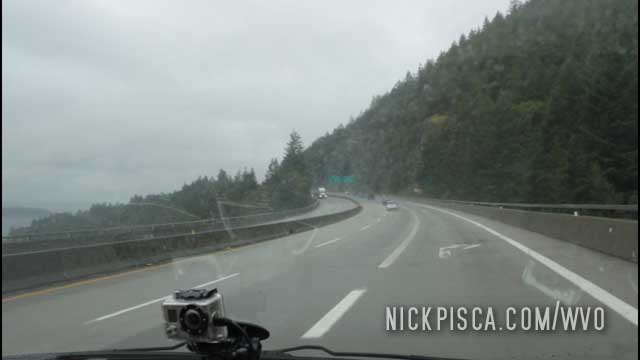 Glenn and I had taken this road in 2008 on the WVO Roadtrip with the Jetta, but we came down from the north from Whistler.  I kind of remember this stretch of road, because it follows the Howe Sound along Hwy 99. 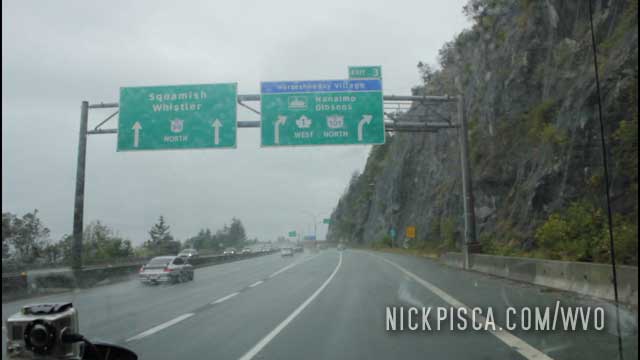 Well, sheeeet.  There were a lot of people heading to the island. 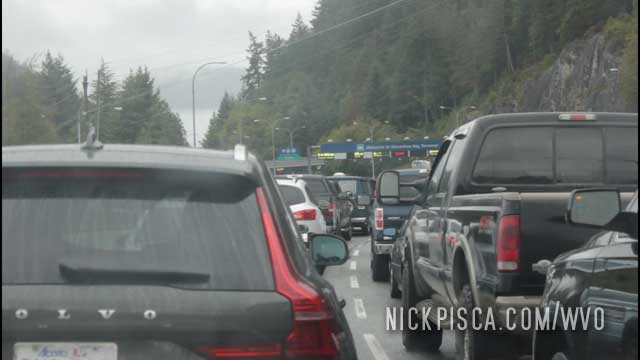 They directed us to Lane #5.  All of the other lanes were for different ferries along the coast of BC and up to the Alaska Marine Highway. 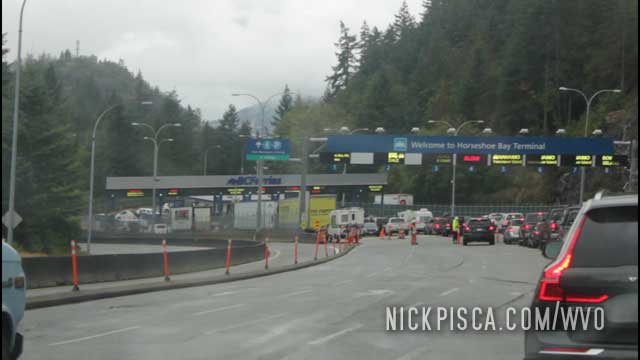 After about an hour, we finally got our ticket.  Ready to get on board!

Crap.  Another line.  Apparently, we missed the 1pm ferry, and there were so many in front of us, we’ll be in line when the 2pm ferry takes off. 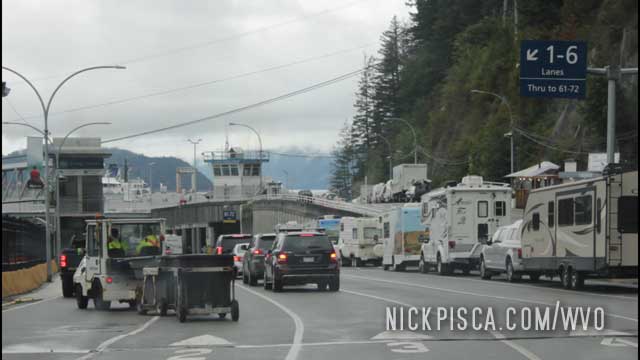 Knowing that we had an hour to kill, we decided to walk the strenuous 5-minute distance from the ferry dock to the town of Horseshoe Bay.  I know we are fat as hell, but apparently everyone else is even lazier than us, cuz we were the only dudes to take a shot at getting more poutine. 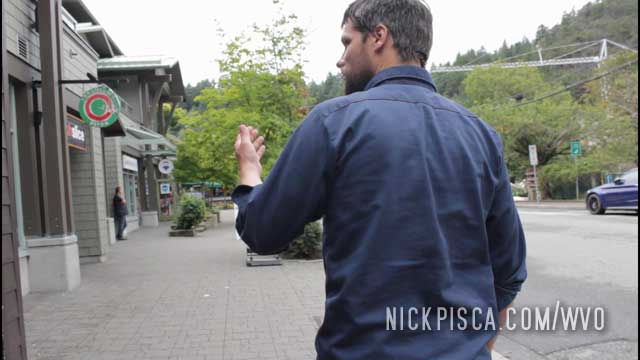 We found a place called “Olive and Anchor” that served poutine and fish & chips from a window.  We ordered up a couple boxes and waited for them to cook them up.  While we hung out, some woman on a bike ordered some food and flipped her shit over not getting a bag.  I guess Vancouver has some plastic bag ordinance prohibiting disposable bags, so the server didn’t abide.  She let’s out a “I’m on a bike for FUCKS SAKE.” 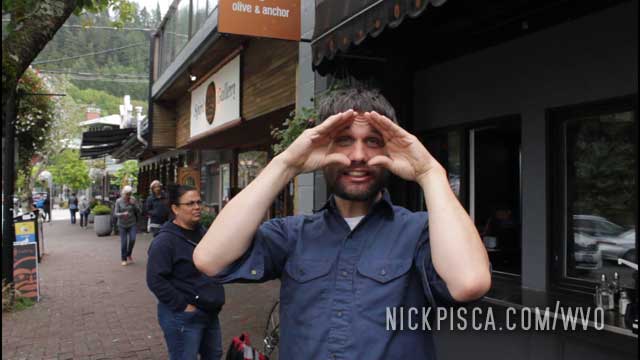 I personally thought it was a bit harsh language for the lack of a plastic bag, but I guess this is how the Vancouverites do.  Maybe they like the extreme vulgarity over banal things.  So, when in Rome, do as the Romans do.  Glenn walked up to the server and said, “Give me those fucking poutines or I’ll fuck you up, for fucks sake.” 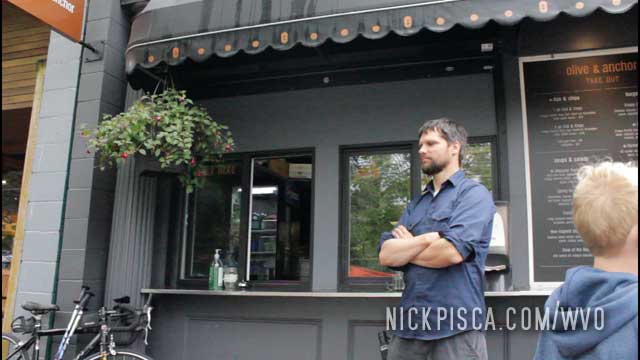 The server looked at us and just left the window.  After a long time, he emerged with poutine covered in saliva and semen.  It was enough evidence to make a compelling Law And Order SVU episode. 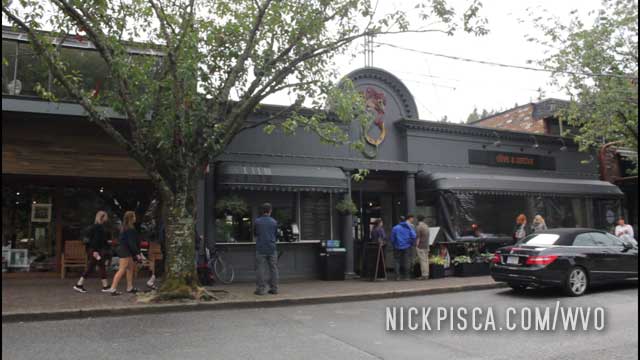 We walked back through town and took our protein poutine back to the minivan.  We ate up the delicious poutine on the hood of the van while the line started to move toward the ferry. 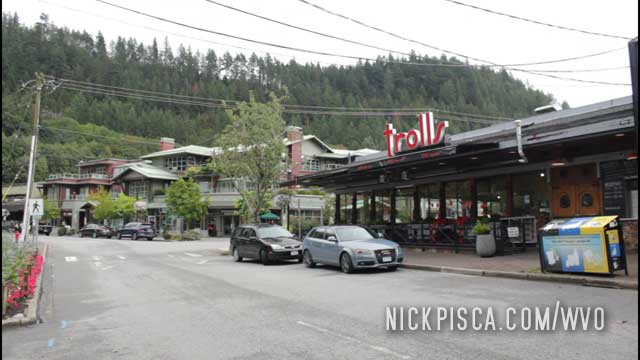 Heading out on the open sea!

After wolfing down some poutine from downtown Horseshoe Bay, we rushed back to see the line starting to move on…

Pretty much a typical day in Vancouver.  Rain. Rain. Rain on the bridge. Water above us, water below us. Rain.…

Indianapolis, IN. 7:30pm, Thursday. Unfortunately, we weren’t able to visit Ash Cave. We ran out of daylight, and even if…