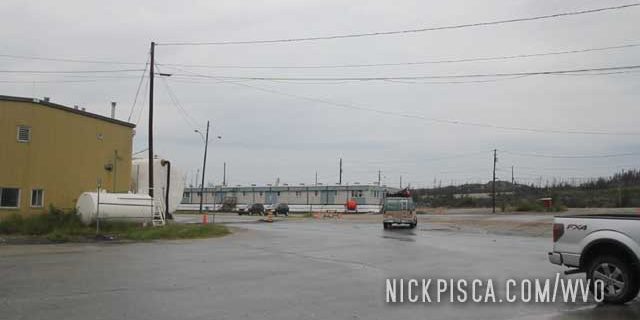 In the middle of nowhere, there is a small camp with a few trailers, buildings, and cafeteria called the Relais Routier.  It’s an outpost between Matagami and Radisson on the James Bay Road that has some very basic services, so if you have a problem, this is your only hope for help.  It is only open certain times of the day, so if you need fuel or mechanical help after hours, you are screwed.  So plan your trip on the JBR carefully.

We pulled into the area in the morning to check it out.  We didn’t need to stop, because we packed all our fuel and food with us, but since we drove 381 kilometers without seeing much, we figured it why not.  It has a similar vibe as Eagle Plaines on the Dempster Hwy or Coldfoot on the Dalton Hwy, where it’s basically just bare-bones services. 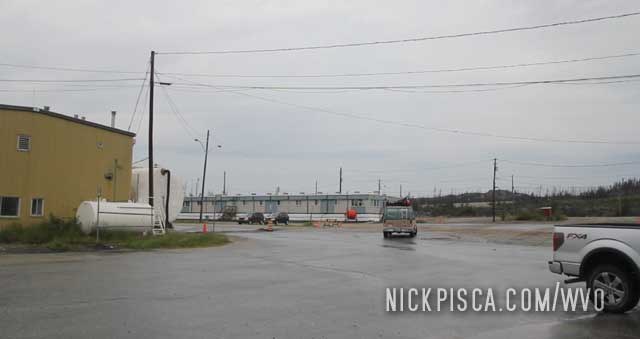 The cafeteria was open 24 hours.  There was a Quebecois chef taking orders in French, and I mumbled my best attempt at ordering a vegetarian omelet.  Overall, the food was pretty good, but the ingredients were kind of old.  Not bad, just not fresh.  Considering where we were, this was acceptable.

The cafeteria has a seating area with televisions connected to satellite stations.  You can catch up on the news and weather while heading north.  Also, there are land line pay phones that work.  I tried one.

After a hot breakfast, we filled up and headed up to Wemidji.

On the return trip back south, we stopped in Relais again. This time, we were driving in the rain, and the storm was getting exceptionally bad.  We wanted to get to the station, so we could see the TV’s and ascertain the severity of the storm. However, we quickly learned that this area is so remote, that most doppler radar stations are nowhere near this area.  It wasn’t even showing any rain or radar signatures. 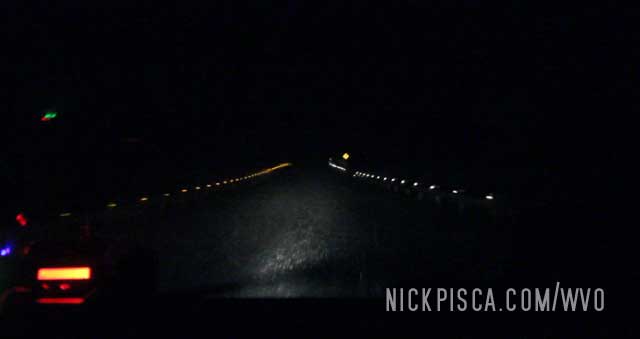 Photo of our drive on the James Bay Road in one of the worst rain storms we ever encountered. It was almost as if the road became a waterway.

I decided to call my dad and see if he could use weather radar on the internet.  He couldn’t find any radar stations in our area.  It was about to hail, so we tried to park the van in a safe-ish area, but we were still rather exposed.  The few rooms the station had were all booked up, so we just elected to sleep in the van for the night until the storm subsided.

When we woke up, this doge was sitting outside the driver’s door of our van. He was a good boy. 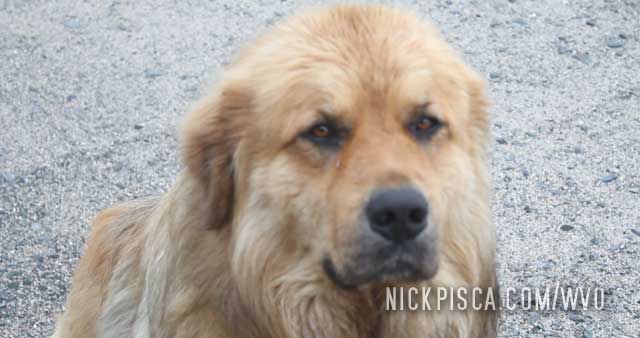 There is about a 100-mile gravel road that gets you from the James Bay Road to Wemindji.  Here is the…

Mt Rainier, Washington. 184524 (est). 4pm Wednesday. Surprisingly, you can drive up to a high elevation on the mountain. This…