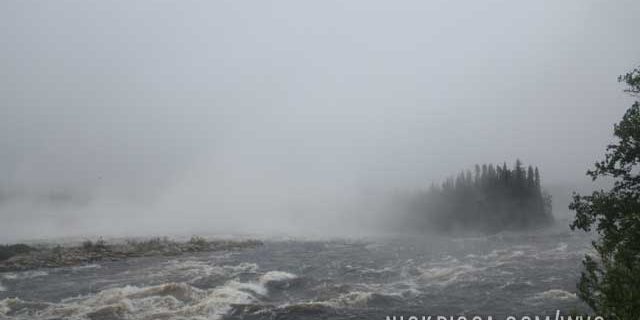 After a few hours of driving, we pulled off at a roadside “park” to see the rapids. 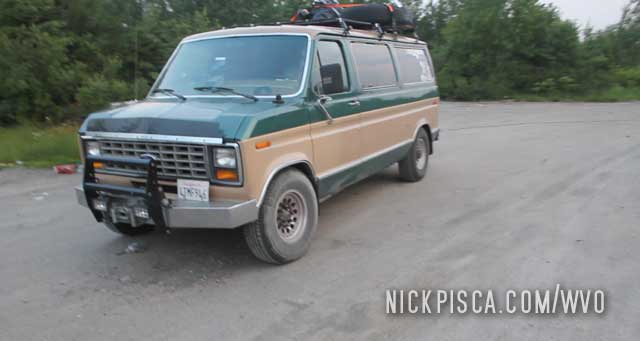 The interesting thing about the James Bay Road, is that it’s paved.  We thought maybe this would mean the trip wouldn’t be so hard on the van, like all the gravel roads in the past.  Turns out no.  The James Bay is paved, and that makes the pavement all heaved up and buckled from decades of weather.  In fact, I suspect it would be better if the road had been gravel, because at least they could have grated it every now and then.

The constant banging on the suspension caused us to slow way down to around 30 mph, so that the van wouldn’t fall apart on us.

The rapids was very nice.  After not sleeping much (Glenn drove, but I stayed up to watch for moose, bison, or other animals in the road), it was good to stretch our legs. 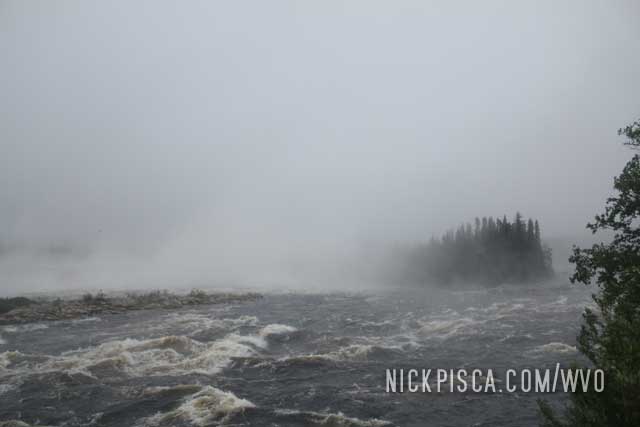 In the middle of nowhere, there is a small camp with a few trailers, buildings, and cafeteria called the Relais…

For those who don't know, The James Bay Road is the longest road in North America (and one of the…

After driving through the night, we found a park in The Pas for some gravel camping.