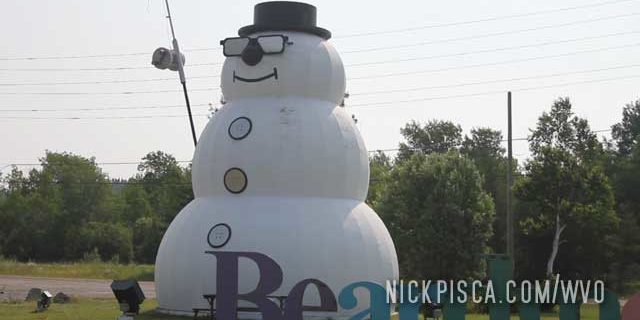 This is the first post for the 2015 WVO Roadtrip, which skips over a few hundred miles from Wisconsin Rapids to Thunder Bay.  We had an oil cooler repair that delayed our departure a full day in Wisconsin, so we were running behind schedule.  Instead of sightseeing and photographing and filming a bunch of places that we’ve already visited a 1000 times in our lives (we grew up in northern Wisconsin and Minnesota), we just pushed on to Thunder Bay and got a hotel.

The next morning, we hit the road across the northern “highways” of Ontario.  Here is the turn off for HWY 11, which is the northernmost corridor of the THC (our name for the Trans Canadian Highway). 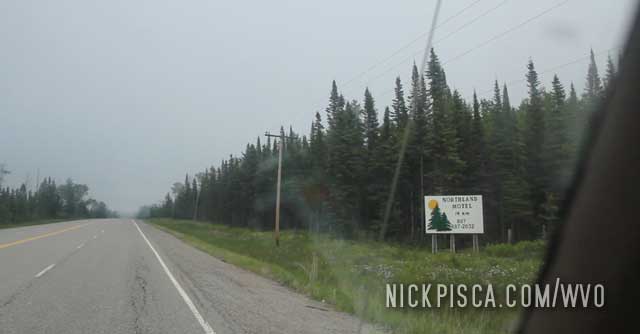 When turning off, the first major town is Nipigon.  It resides on the shore of Lake Nipigon, and there are lots of rivers and lakes around here.  Consequently, there are lots of beautiful bridges and parkways in the area. 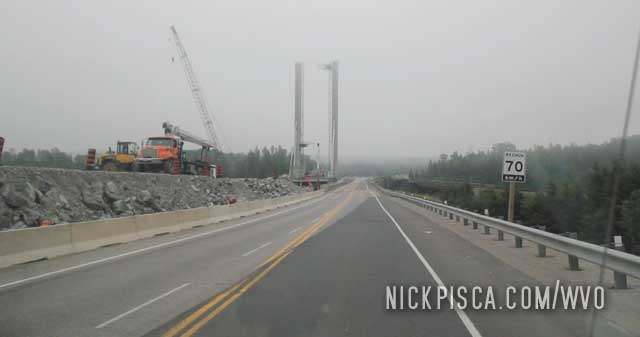 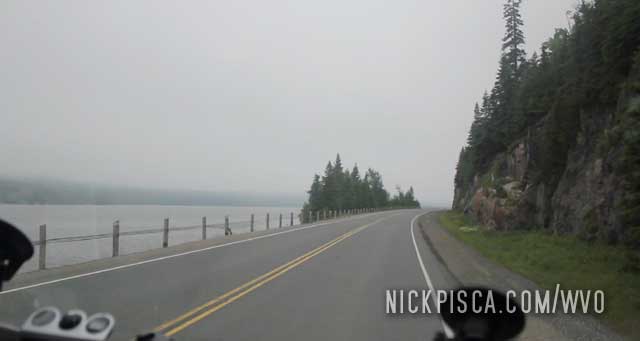 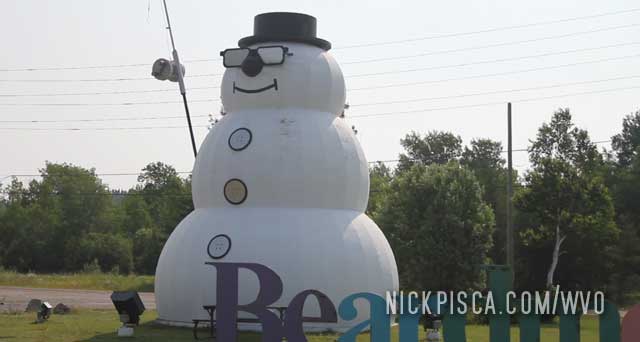 So we are driving this remote roadway in northern Ontario, and out of the blue is this crazy looking building…

We have a love-hate relationship with Mesquite.  It seemed like we always had a breakdown in Mesquite.  So we usually…

About every 30 miles down the THC and Yellowhead highways, there are these "museums" where the locals collect anything older…