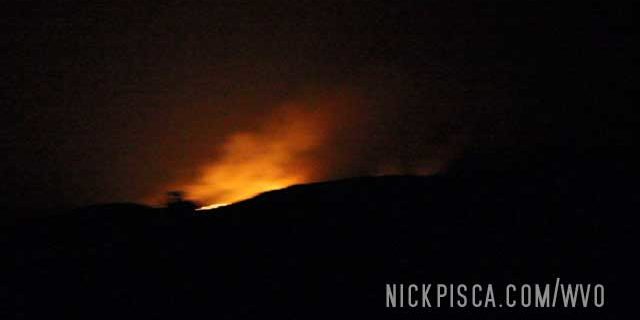 Throughout the day, we knew we were driving closer and closer to danger.  There was smoke all the way from Cheyenne to Montana.  In order to make this much smoke, there had to be a lot of fire. 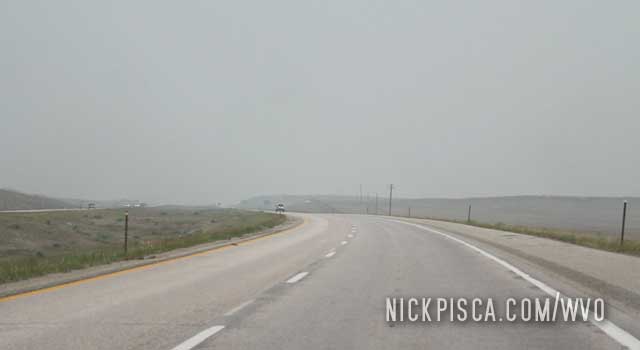 And as the day progressed, we continued to drive northbound on I-25.  When reached the Bighorn National Forest, there was an influx of increased smoke.  It was super thick, and we had many 1/4 mile visibility at best.

Off to the west, we could see the ridge, and there was an ominous orange glow silhouetting mountains.  The fires were just on the other side of the peaks, and the flames were picking up on our side.  There was only a few hundred yards from the highway to the forest, so we hammered down.  Soon, there were visible flames approaching our location, like this: 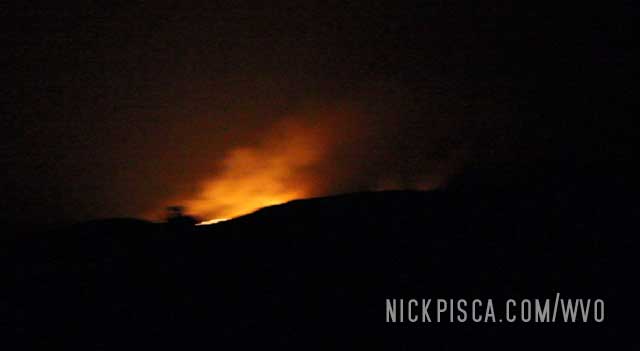 We kept going north in the hopes we would beat the fires.  By the time we hit the Montana border, the fires were behind us.  As we listened to the radio, they eventually closed down the I-25 just where we had seen these flames.  It apparently took over the interstate, forcing the state patrol make the call.  Thankfully we made it, and we continued to Miles City.

We had spent several days visiting all sorts of geological, astronomical, and pioneer sites in New Mexico, Colorado, and Wyoming. …

We pulled into Glenrock and Casper in the afternoon.  First, we stopped at the Glenrock Paleo Museum.  This is a…

The facts we learned on the Ponce tour were really intriguing.  Like for example, Poncey was the tallest on his…