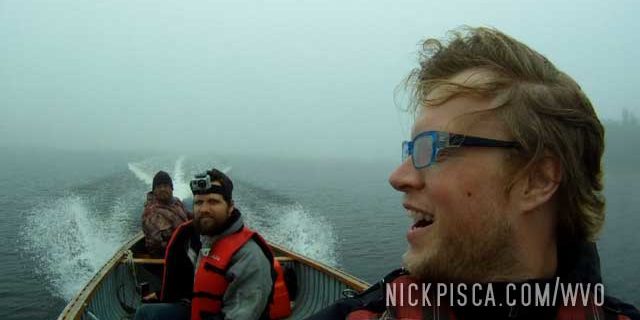 We wanted to use Wemindji’s location on the James Bay to “cheat” a trip to Nunavut. For the longest time, we were trying to figure out how to get to the Canadian territory of Nunavut.  It’s the only place in Canada that cannot be driven to, except by ice road.  We are not prepared to drive this veggie van through an ice road, so our only option is to fly up to Nunavut.

Except, I found a loop hole.  After reviewing several maps, I found an interesting fact: Any island in the Arctic Ocean that is disconnected to the mainland at low tide is considered part of Nunavut.  That rule also applies to any island in the Hudson Bay, as well as the James Bay.  So even a tiny island off the coast of Wemindji is considered part of Nunavut.

Knowing this, we wanted to go out on a boat into the James Bay and find an island, and officially visit Nunavut.  We had contacted a woman representing the burgeoning tourism “industry” in this town, and she said she would set us up.  But just in case she flaked out, we also brought a small raft and outboard motor to get us out in the bay.

But before we could inflate our boat, we were stopped by our tourism agent and a local fisherman who was willing to give us a ride into the James Bay.

He took us out several miles into the bay, and to a small island out in the middle.  He said the space was a holy island, and I can understand why.  It was like no other place I had been.  The ground was mysteriously colored with red rocks and there was a carpet of magenta jade-like plants covering the ground.  When you walked, it was like walking on sponges.  It was such an alien environment. 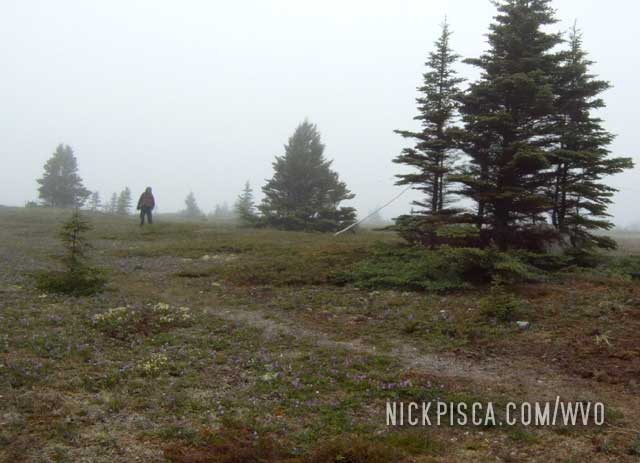 We circumambulated the island while our guide hung out on the east side.  After an hour of adventuring, we wrapped up our visit.  It proved to be a worthy trek. 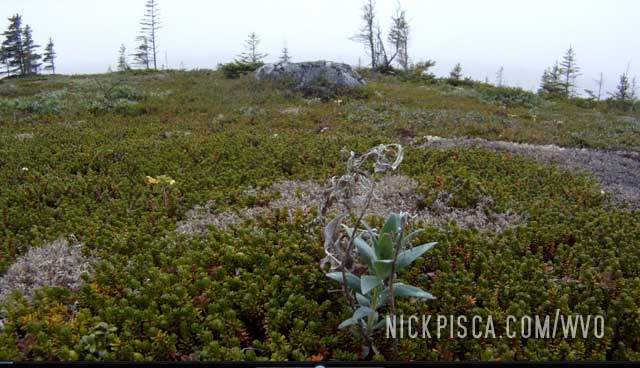 Out on the bay, we could see icebergs.  The locals said that just a few weeks ago, the bay was full of ice.  It had just recently melted and floated up to the Hudson Bay.  Also, a thick fog had rolled in.  In hindsight, we were really glad the man took us out in his professional fishing boat, instead of us trying our hand with an inflatable raft and underpowered motor.

After the storm near Relais and Eastmain on the James Bay Road, we decided to park the van at the…

One of the first major destinations for our 2015 WVO Roadtrip was Wemindji Quebec. Wemindji is a wonderful town. Canadians…

Heading south on the Hwy 93 in Jasper Nat’l Park. There’s a great lesson on global warming near the south…