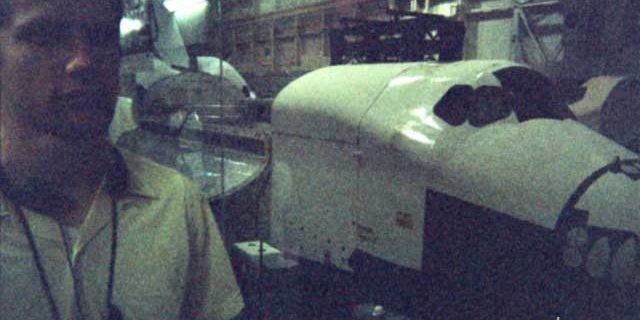 We flew into Houston late in the night and tried to meet up without cell phones.  It was a hassle.  I ended up on some shuttle out of the campus and Glenn was nowhere to be found.  Eventually we got in touch over the CB radio on the shuttle (I was the only guy left on the bus, and the driver was very gracious to entertain my search at such an odd hour in the night).

Finally we met up after Glenn’s flight was delayed, and we drove to Houston Space Center right as they opened up.  The have a lot of stuff.  Even an entire Saturn Five: 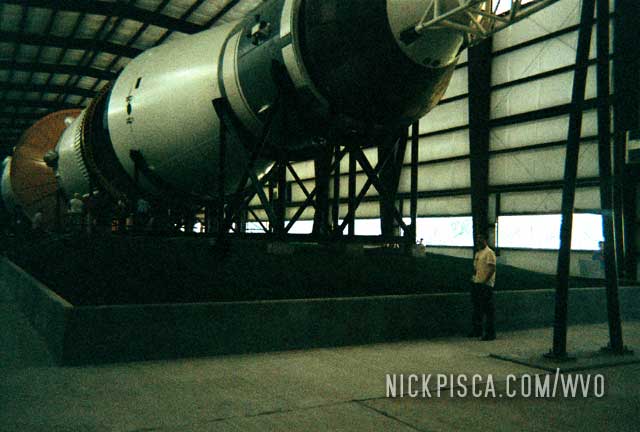 They have mockup Apollo control modules that you can go in to play in for the kids. 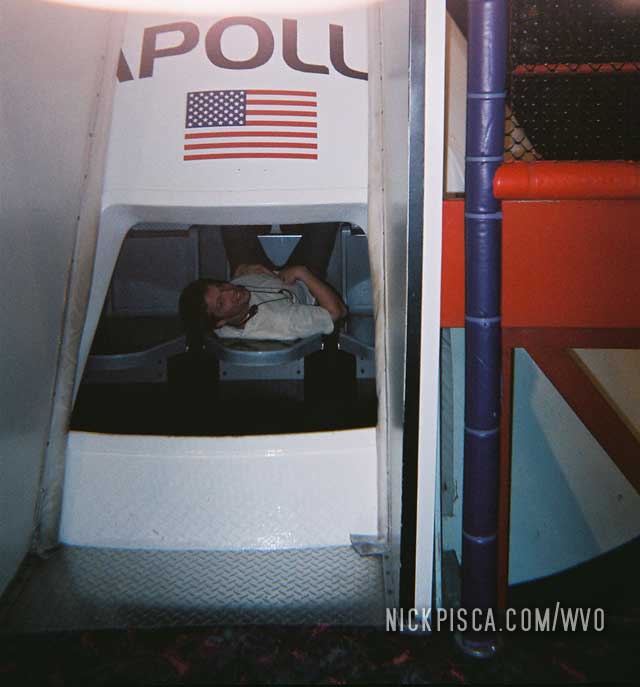 I’m kind of amazed at the quality of the mechanics and electronics on these Apollo crafts.  It’s like what you would find on the inside of an old alarm clock from the late 70’s.  I know that stuff was state-of-the-art in the mid-60’s, but still, I don’t think I would trust my ass to ride a ICBM to the moon and back. 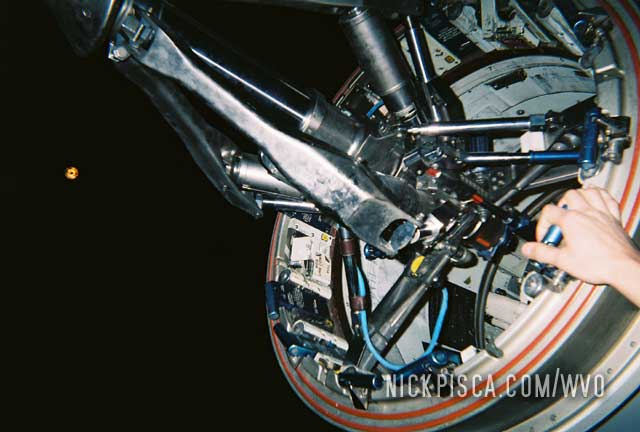 They have a tour of the Shuttle maintenance hanger too.  It was dimly lit, so this was the best photo we could take in 2006. 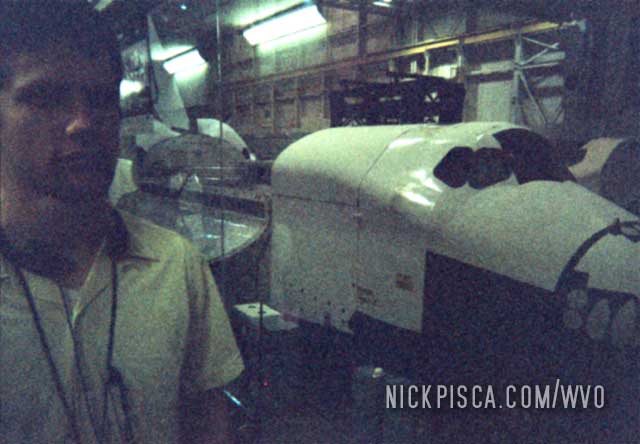 We even got to see the actual Apollo Space Program Mission Control Room.  They said our phones and watches had more computing power than the entire building.

At the end of our NASA tour, Glenn gave a speech to an intrigued crowd.  After ten minutes of incomprehensible rambling, security escorted us off the campus. 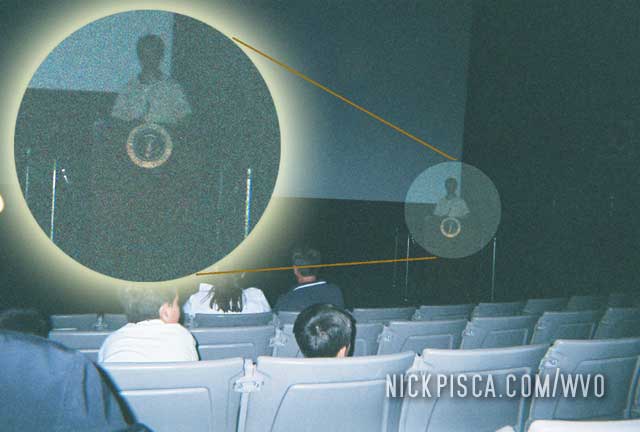 Overall, it was a good trip.  Houston space center has a lot of real NASA artifacts, not just the Disney-ified tours of Cape Canaveral.

This concluded our 2006 WVO Roadtrip.  We got into St Louis in the late afternoon. After visiting the Gateway Arch…

The ferry from Victoria to Port Angeles is an international crossing, so there is a bunch of security.  They recommend…