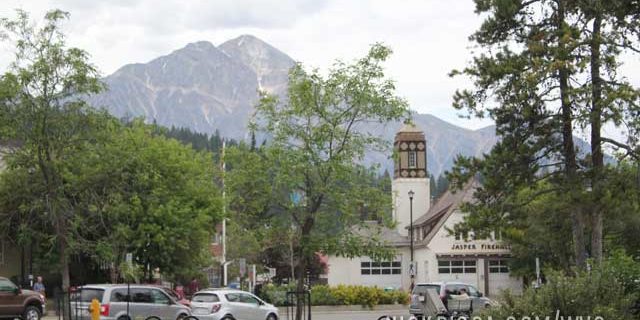 We have visited Jasper BC twice.  Once in 2010 on our detoured east-to-west trip along the Yellowhead highway, and once in 2013 on the west-to-east journey from Prince Rupert to Wisconsin. 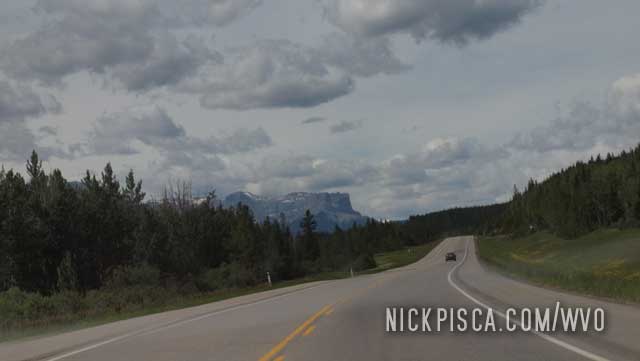 Entrance into the park is $19 Canadian. I guess that’s the cost of viewing the last glacier below the Arctic Circle.

The mountains are pretty amazing. We couldn’t stop through Jasper on the 2008 Veggie trip from LA to Fairbanks and back. It was originally on the itinerary, but had to be cut because it is avoided by the Alcan Highway and the route from Prince George to Vancouver. Now it’s on this trip and it was never on this itinerary. 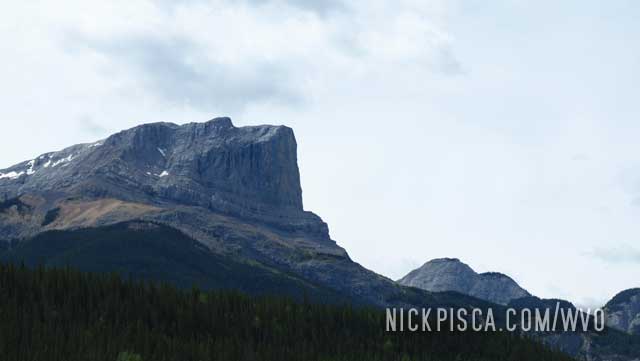 Still one of my favorite pictures from all of our WVO Roadtrips: 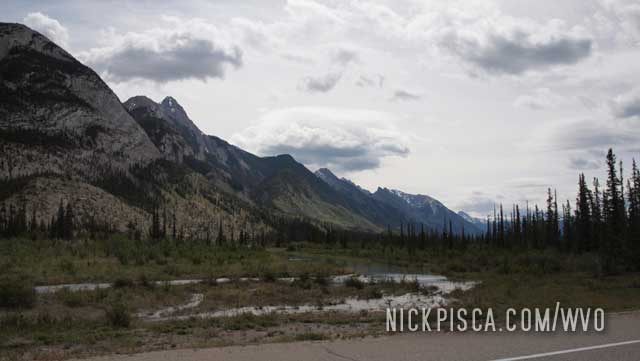 The park is quite full of wildlife. Saw a black bear, some mountain goats, and dozens of deer. 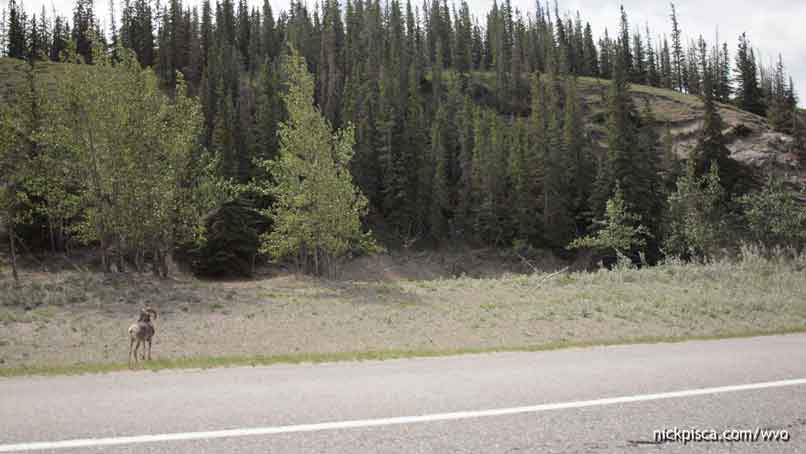 Part of the reason we went to Jasper was because of the wash out at Medicine Hat. But another driving force was the visitor’s center in Manitoba. They told us to head west on the Yellowhead, and then handed us a magazine detailing the whole highway. The cover had a cable-car. Maybe it was the hours of driving over farm land that inspired us to head toward Jasper Park. Here’s the cab. 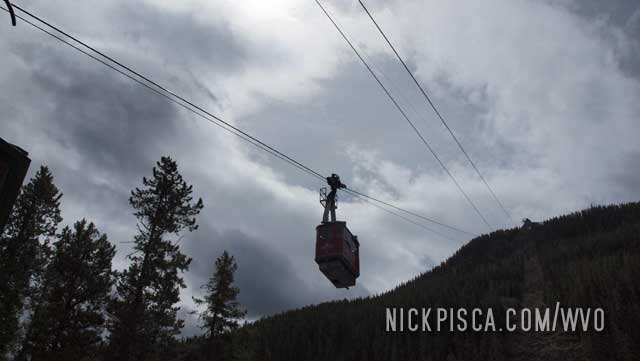 At the top of the route, there are trails to the top of the mountain. You have great views of the city of Jasper, the Canadian Rockies, and huge valley 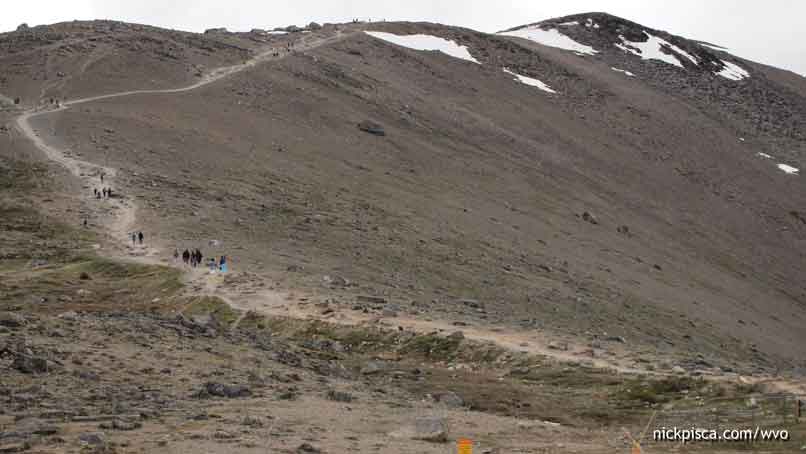 I kind of wish I didn’t wear shorts.  It was windy and cold for July.

We climbed to the top. I figured it would be packed with travelers, but luckily, most people stayed near the cable car, gift shop, and restaurant. After 30 minutes of hiking, this was probably the highest elevation for the 2010 WVO trip: 8103ft. 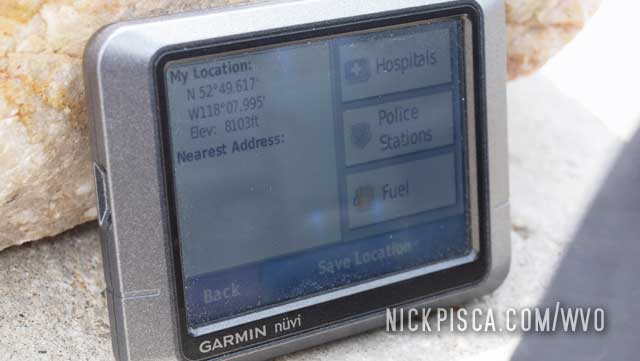 We grabbed some grub at the mountain top restaurant. It actually wasn’t that expensive. Get the catch of the day. 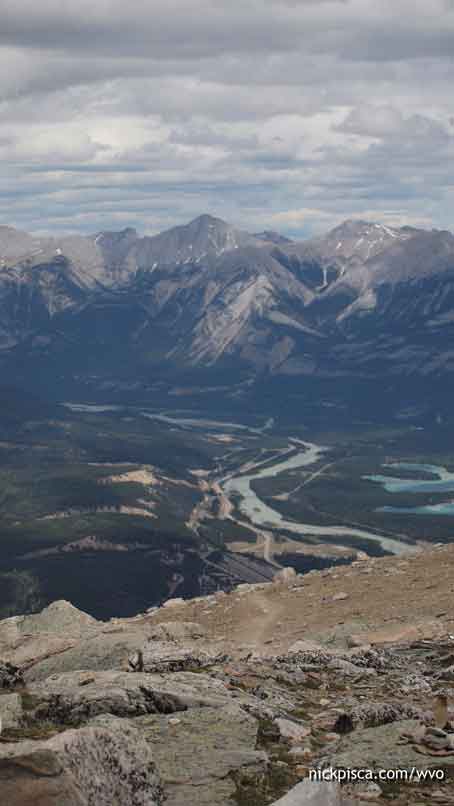 In 2013, we stopped into town to get a bite to eat.  We walked the streets to stretch our legs found a bar and grill to get a burger. 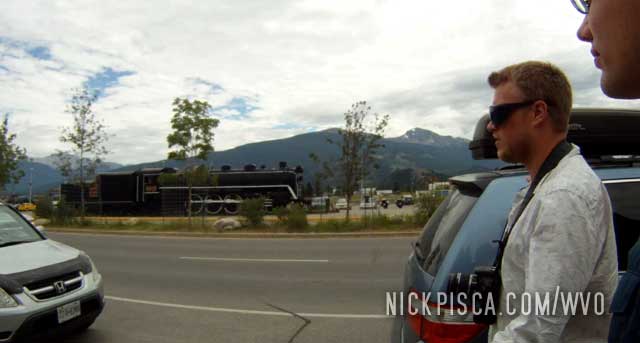 We hung out for an hour or so delaying the inevitable.  We needed to hit the road as soon as possible because the drive through massive Canadian plains provinces is slow.

Jasper is the last stop for seeing the mountains of Canada. 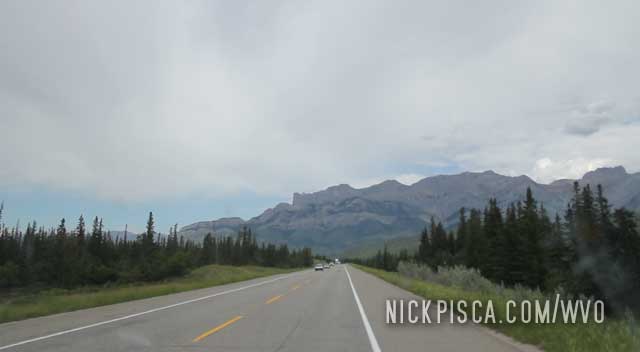 After this, it’s 2000 miles of farmland.  After driving the Cassiar and Yellowhead for days and seeing thousands of miles of picturesque mountain vistas, it’s going to be a depressing change.

We've stayed in Edson in 2010 and found a hotel.  We assumed that a hotel here would be much cheaper…

As we traveled east of Houston and Smithers BC, we got into the thick of the Canadian Rockies. For a…

Edmonton, Alberta. One of Glenn’s few requests for this trip was to visit the world’s largest mall. We arrived rather…