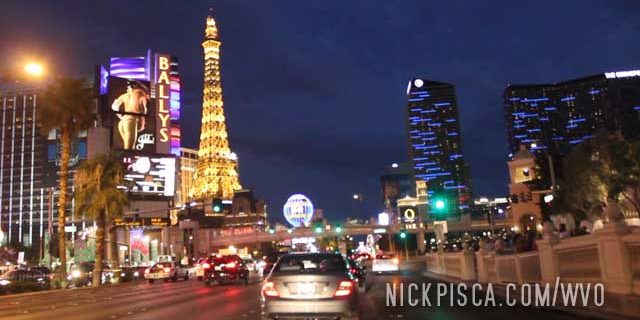 We have visited Vegas I don’t know how many times now.  I suspect that 90% of our WVO roadtrips have us driving through or stopping in Las Vegas.  It’s on the main route to Los Angeles, so unless you are coming down the coast or along the Mexican border, you’ll come thru Vegas. 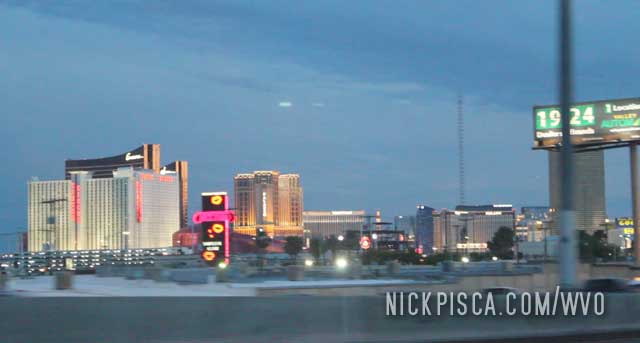 It’s one of those places where it’s just too irresistible to drive the strip. 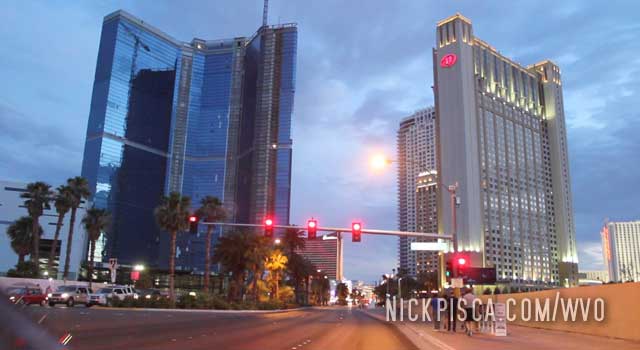 After a couple laps around the Mesquite Nevada Walmart parking lot, Glenn stated, “Fuck it.  Let’s go.” After ten miles down I-15, the vibration returned to a relatively loud level and we repacked the boots at a desert underpass.  We repeated this procedure five times until we made it to Vegas and parked at Circus Circus, due to my experience with that casino and proximity to the north of town.  Since they didn’t have a wireless network in the lobby, we set out for a under-construction Hilton but found some service at the Travel Lodge nestled in between. While the sun rose over the desert, we surfed through some forums finding independent Mercedes mechanics, hoping they aren’t coots.  “Sig’s” sparked our interest because the testimonials claimed he was less expensive than most Vegasian repairmen, but there was a report that he’s known to take his time.

After a breakfast at the Peppermill, we parked the car at the front of Sig’s office, a white building with disassembled vehicles scattered about.  Serendipitously, his place happened to reside in the chaotic mish-mash of industrial one-stories behind the Circus Circus casino. We arrived a half-hour before his scheduled opening, but a gruff main in a  white van appeared to confront us about our wagon. Turned out he was Sig himself, and after some phone calls, he found the rebuilt axles at a neighboring shop. But it would cost us $800! 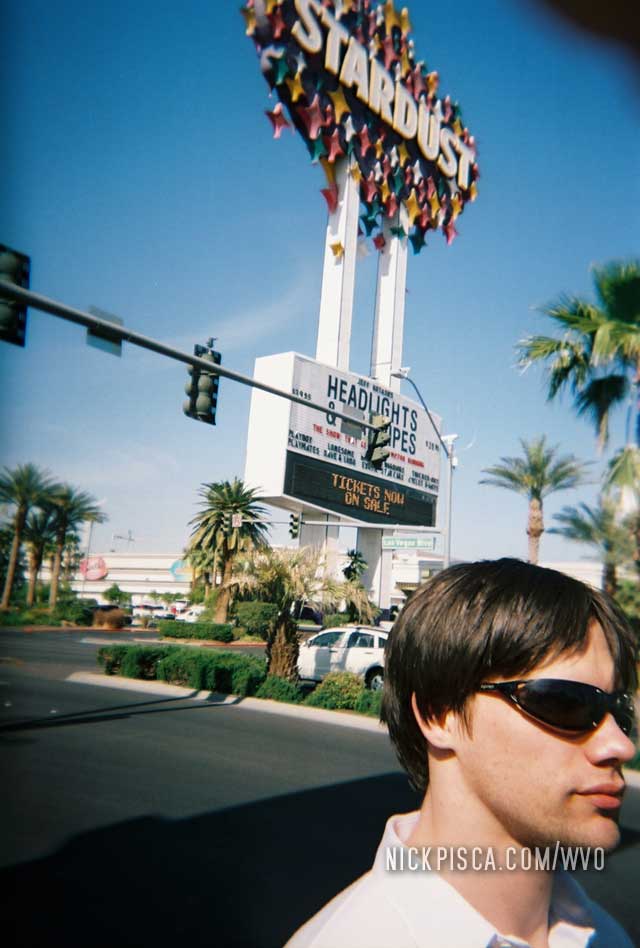 Sig completed the repairs on schedule, to the contradiction of the aforementioned online reports.  Glenn insists he knew we were in a tight spot and exploited it. Whatever really happened, we had to keep moving if we were going to make Victorville to meet Jeff, the first contributor for the journey, by sunset.  We crossed the Mojave desert with little trouble with our vegetable oil temperatures maintaining temp. “Maintaining Temp” was a term Glenn continually repeated to describe the hot temperature of the VO. The engine must have the fuel heated in order to use it as a diesel substitute.

Things were looking up for us.  The engine was running great on VO, the axles were replaced, the suspension is maintaining its height and we have one third of our original VO cubies left. We even had time to visit a ghost town west of Victorville.  Turns out it was refurbished by the Knott family trust, so who knows how much was Disneyized or authentic. 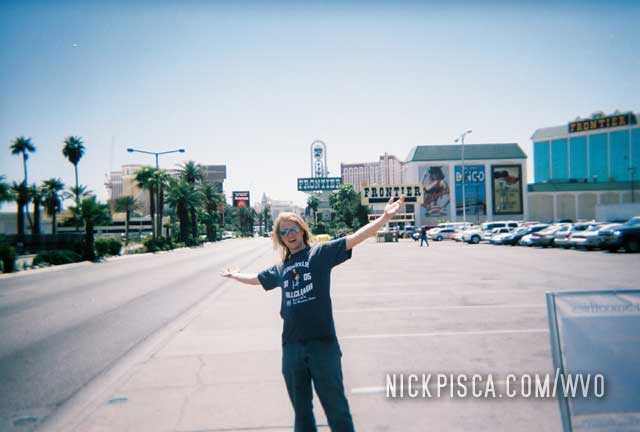 On the  2012 WVO Roadtrip, we arrived kind of late in the evening, but it’s Vegas!  Everything is still open.  We found an Indian Buffet (Glenn’s idea) and gobbled up some food that wasn’t cooked in a microwave or served in an American diner. 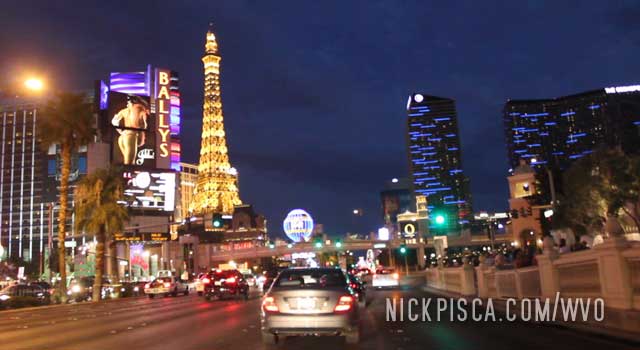 That was the end of the 2012 WVO Roadtrip.  We wrapped up the remaining drive to Los Angeles in the night.

We took a weekend trip to the lowest point on the Western Hemisphere.

If want to know something about Glenn, the most important thing to him is money.  He loves to spend frivolously,…

We drove through the night and slept in the car until morning in Charleston SC.  There, we met a colleague,…